The State of Indian Media 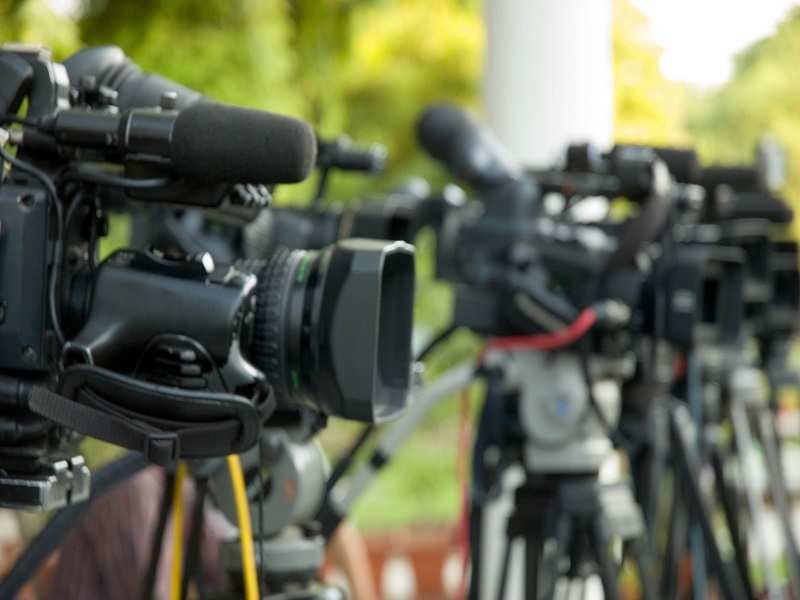 Advertisement
The past few weeks seem to reflect the reality of the and its relationship (if indeed there is one) with the Indian government and the broader public service it is expected to deliver. No, we are not talking about the one-page ads of government success stories though those too offer a sneak peek at the relationship between the two pillars of Indian democracy. We are talking more from the content/editorial side. These stories pertain to drought-like conditions in Marathwada, statements made by RBI governor and government reactions thereof and Press Freedom Index released two days ago which paints a not so good picture of press freedom in India, to put it mildly.

The Latur district in Marathwada where the water crisis accentuated is a case in point. It was a disaster that was waiting to happen as drought-like conditions had existed for some time in the region. With Maharashtra receiving roughly 70 percent below normal rainfall in 2014 and approximately 60 percent below normal rainfall in 2015 compared to 12 and 14 percent for respective periods for the country, the signs were ominous. The fact is some print media did see it coming. A few media reports were published in 2015, but mainly the matter did not receive the attention it ought to have received considering the disastrous consequences. The situation worsened when Manjara Dam, which supplies to Latur city, got completely dry and had been so ever since Feb 25th. Latur also saw the imposition of section 144 of CRPC (now removed) relating to unlawful assemblies for preventing water-related riots, just one day before the World Water Day on March 21. The government has meanwhile supplied Jaldoot trains to the drought affected region which is an innovative strategy to deal with the situation. The crisis came to the forefront of news reporting with the Bombay High Court ruling that no Indian Premier League Cricket Matches should be held in Maharashtra as roughly 60,000 litres a day would be used for maintenance of pitches. It is interesting to note that post this a lot of articles /coverage has happened on the issue. But a broader question is what are the solutions so that another Latur like situation does not arise in the future? Few seem to be thinking about that aspect. Maybe this will happen with farmers and people becoming lesser dependent on monsoons alone for their livelihood. What are the governments and we as citizens doing about it? It is a question we must ponder over.

The second issue which has been in news recently has been Raghuram Rajan and his remarks in US. The comments caused a butterfly effect and resulted in an ensuing political storm with ministers in the Central Government responding to the fact that they don’t agree with Rajan’s analogy of India being a one-eyed king in the land of the blind. Rajan further in a convocation address at the National Institute of Bank Management on April 20, 2016, put the title of his speech as ‘Words Matter but so Does Intent’. He clarified his position by stating that "Growth... is just one measure of performance, the level of per capita GDP is also important.” He also lamented the fact that in a ‘news-hungry country, however, our domestic papers headlined the phrase I used. To be fair, they also offered the surrounding context, but few read beyond the headline.’ So what does it tell about Indian media, not much but the fact that headlines can indeed be deceptive and can very often not end up portraying what the background context of comments was? Rajan was ‘not denigrating the success’ of India or its policymakers rather he was ‘emphasizing the need to do more’.

The third issue is about the release of the Global Press Freedom Index in which Indian ranked a dismal 133. The 2016 ‘World Press Freedom Index’ was published by Reporters Without Borders (RSF) and was lead in country rankings by Finland, which retained its top spot for the sixth consecutive year, followed by Netherlands and Norway. India’s rank has improved three positions since 2015 from 136. India’s neighbours were also placed similarly with China being ranked 176th. The report also said that PM Narendra Modi seems to be “indifferent” to the threats against journalists. The report also shows a disturbing decline in respect for media freedom at both global and regional levels.

Broadly speaking these three stories offer a look at the role that media plays and ought to be playing in the Indian democracy. It needs to improve further. The role ought to be more constructive and in the interests of various sections of the population, and the need is to go 'beyond headlines' to find the real intent of policymakers and policies. Over the next decade, media must regain its credibility by doing on the ground coverage of rural areas and noticing lapses so that India’s development reaches rural India where the majority of India still resides.
Advertisement