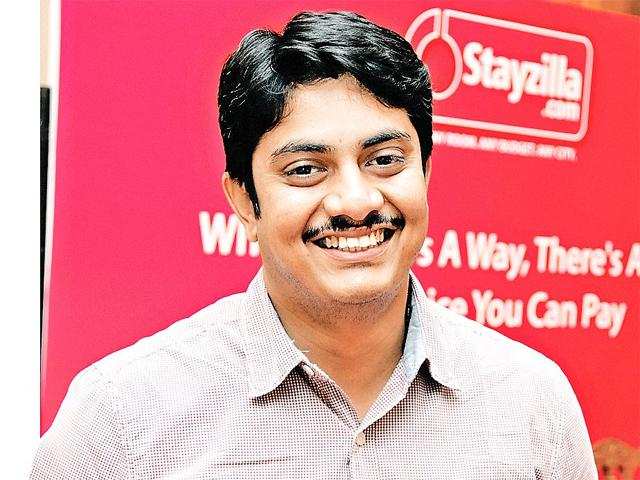 The CEO of , an online home-stay aggregator, was locked up in a Chennai jail on March 14 by the Chennai police on charges of &lsquo;fraud&rsquo;.

This comes after the dismal news of the company shutting shop, recently to &ldquo;reboot its operations&rdquo; after the founders decided that their business model wasn&rsquo;t working, despite 12 years of operations.
Advertisement According to reports, C.S Aditya of Jig Saw Solution and Advertising, who filed a criminal case against Mr. , which lead to the arrest, says there have been massive bills amounting to more than 1 crore pending, generated over a period of about 12-13 months.

ALSO READ: Indian travelers think that rear-seat kickers are the most annoying co-passengers

, a prolific angel investor spoke to regarding how Stayzilla could&rsquo;ve avoided this unfavorable situation,&rdquo;When start-ups get funded heavily, they make the mistake of focusing on growth instead of basic business mathematics. This is clear case of mismanagement on the founders end where they could&rsquo;ve easily predicted the bad situation.&rdquo;

Advertisement
He further adds, &ldquo;When a startup is shutting down or revamping, it&rsquo;s the founder&rsquo;s responsibility to inform and settle all the stakeholders; the employees, the investors and the clients. Their announcements led to the media agency to react in a negative manner as they were afraid that they&rsquo;ll never get back their dues.&rsquo;&rsquo;

The real big flaw is IN the government&rsquo;s plan which still hasn&rsquo;t accounted for the high failure rate of .

ALSO READ: These new LinkedIn features will increase your chances of landing a new job
Advertisement We are standing at the cusp of a huge social problem, where we want immense growth from companies but when many of the companies fail in this blind pursuit of growth, not matching the infrastructure, judiciary or the police are left to cope with it.

, Chairman, issued an official statement today, saying &ldquo;The legal developments around , founder of Stayzilla is disturbing. The nature of the accusation invoked against Stayzilla, i.e. non-payment of dues essentially falls in the domain of civil disputes and not under criminal charges, unless it is done with an intent of cheating. Start-ups are prone to all kind of financial vulnerabilities/stress as like any other business, and such examples of criminal proceedings against start-ups create fear in the minds of aspiring entrepreneurs in the country. Start-ups which fail should ideally be treated by a separate &ldquo;exit/bankruptcy law&rdquo; or &ldquo;civil laws&rdquo;, and not &ldquo;criminal laws&rdquo;, which is also in line with the goal of Start-up India.&rdquo;

When the laws aren&rsquo;t clear around disruptive companies, they will always be subdued and held accountable to &lsquo;criminal&rsquo; acts they didn&rsquo;t commit.
Advertisement Yogendra Vasupal&rsquo;s Medium post concludes with, &ldquo;I have always quietly felt that all knowledge/IT/BPO workers in Bangalore are only looked at as a source of revenue which can be gotten by shaking them down. This is across all Govt Depts. This is while we pay and bring in the bulk of the taxes to the city. We have no one to blame except our own apathy.&rdquo;

ALSO READ: This is what the world's largest cruise ship Symphony of the Seas, will look like

The future of the Indian startup ecosystem looks bleak with investors being more cautious before investing, good talent avoiding new businesses and vendors being afraid of non-payment of dues, after such cases.
Advertisement For the Indian entrepreneur who fails, the odds are stacked high against him with authorities untrusting of the new businesses and their shiny advertising boards that are put down, as brutally as his position in the society.