The Tata “Mistry” and its implications 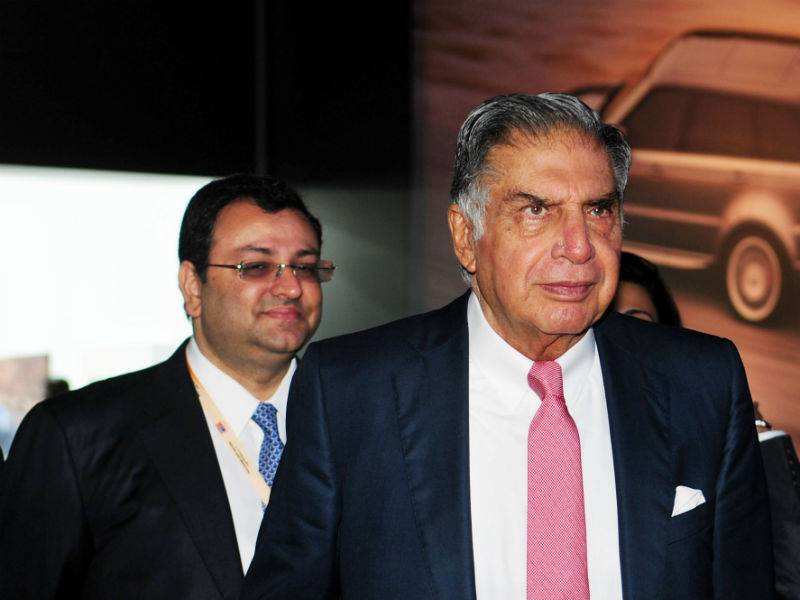 25th October 2016 was certainly a red-letter day in corporate history when the sitting, hand-picked Chairman of the Tata group and the single largest individual shareholder was sacked ignominiously with no prior information. The fact that this was done through the press with vague reasons like &ldquo;performance and ethics&rdquo; causing his downfall did not convince anyone.
Advertisement

This article would like to present another perspective. I have had no association with the Tata group and my comments are based on my understanding of the corporate world after spending almost 4 decades in this fascinating yet dog-eat-dog and highly politicized world. I have taken the liberty of using Bhishma Pitamah as a parallel for , Arjun for and Yudhishtar for the board.

Various television channels, with dozens of corporate gurus, have been pontificating about the Group and the key players, the flamboyant and highly visible Ratan Tata and the underplayed and introvert Cyrus Mistry. Obviously, most of these &ldquo;gurus&rdquo; have taken the side of the Tata group because that is the side their &ldquo;bread will be buttered&rdquo; for a long time to come. They are questioning the use of the term &ldquo;lame duck&rdquo; and the silence of Cyrus Mistry over the past 4 years. I would like to ask these &ldquo;gurus&rdquo; what else could they expect from a worthy successor of Ratan Tata who had inherited major problems, especially because he was not just the unanimously elected Chairman but also a shareholder.
Cyrus Mistry was caught in an unenviable position &ndash; damned if he did and damned if he did not. Had he complained about the problem, our pundit would have written his epitaph very early stating that he was not large enough for the shoes of Bhishma Pitamah, My admiration for Cyrus Mistry goes up exponentially since he decided to clean-up after his more illustrious predecessor without washing their dirty linen in public.

The doyen of corporate India, Bhishma Pitamah Tata, who will be 79 years on 28th December 2016, was responsible for the exit of most of the Tata group company leaders when he took charge as group Chairman (after a rather non-descript stint at the now defunct Nelco) built a strong brand and large global business that had its share of big successes and equally large failures. Since 1991, when took over as Chairman, he strode the corporate world like a colossus buying businesses. He promulgated the &ldquo;retirement&rdquo; age of the Tata group at 75 years, while most companies in corporate India still keep this age between 58 &ndash; 65 years. When he announced that he would be stepping down to bring in younger leadership, the world applauded his forward looking thinking. But like the old wise man from the Mahabharata, he assumed that he was tied to the throne as long as he was alive.

Cyrus Mistry, in his very Arjunesque manner, had his eyes only on the target of increasing the returns to shareholders and closing down failing and non-profitable businesses. He went about his work clinically, delivering results as is evident from his letter published in all the newspapers today.
Advertisement

To quote him, &ldquo;Despite all of the above, during my term, the operating cash flows of the group have grown at 31% compounded per annum. The Tata Group valuation from 2013 to 2016 increased by 14.9% per annum in rupee terms as against the BSE Sensex annual increase of 10.4% over the same period. The Tata Sons net worth has increased from approximately Rs 26,000 crores to Rs 42,000 crores, after considering the impairments. This has significantly strengthened our balance sheet, enhancing our ability to absorb further shocks from restructuring in the companies.&rdquo;

If this is not great performance, I fail to understand what is! Corus, Nano, Air Asia, Air Vistara, overseas hotels, and dozens of other businesses started the under the leadership of Ratan Tata were not viable and the losses of these businesses will surely have to be taken into account sooner than later because they cannot stay hidden in the vast balance sheets and myriad of companies of the group..

The Board is equally accountable and responsible for the developments in the Group. They cannot claim to be the proverbial ostriches who did not know what was going on and under the garb of seeking support, they have decided to support with a person they perceive to be the stronger of the two. Yudhishtar, in Mahabharata was asked whether the son of Guru Dronacharya, Ashwathama had been killed. Yudhishtar, who had never told a lie in his life looked at an elephant named Ashwathama who Bhim had killed and replied that &ldquo;Ashwathama is dead&rdquo;. Guru Dronacharya surrendered his arms and was killed. That was a changing moment in the battle. Yudhishtar, whose chariot, always moved a few inches above the earth, had knowingly colluded with an untruth and his chariot dropped to the ground.

The Tata Sons Board is no different from Yudhishtar. Not one of them had the courage to stand up to Bhishma Pitamah Ratan Tata. Losses were significant in most companies and yet these losses were being concealed in the books. Was there a threat that Cyrus Mistry would expose all in his efforts to clean-up? Board members, who pride themselves for their impeccable track record are equally complicit since they meekly accepted the decision as a fait accompli. Was it the threat of malfeasance and being exposed which led to this change? If a fresh start is being looked, shouldn&rsquo;t the entire board be changed?

The Tata Trusts which control a majority stake in Tata Sons have much to answer for as well. The stake holders in the Trusts are not only the trustees but the very large number of beneficiaries. What would happen to all the philanthropic work being down by these trust if Tata Sons has to take a write down of over US$ 19 billion?
Advertisement

The battle has just begun. The skeletons will start to tumble out of various closets and all the dirty linen is being collected for being washed in the public domain. The domino effect is only just beginning. The stock market has already wiped out Rs 23,000 crores of the Tata market value in 2 days.

The Tata group will now come under intense scrutiny. Its accounts will be looked at, its auditors will be questioned and its people will have to answer questions. They have given themselves four months to find a permanent successor to Cyrus Mistry, an uphill task but then the Board does not need to worry &ndash; they have the 79 year old Bhishma Pitamah to run the empire for as long as it takes.

Sometimes, the moral of the story is to &ldquo;let sleeping dogs lie&rdquo;!

(The author of this article is the founder Chairman of Guardian Pharmacies and the author of the best-selling books, Reboot. Reinvent. Rewire: Managing Retirement in the 21st Century; The Corner Office; An Eye for an Eye and The Buck Stops Here - Learnings of a #Startup Entrepreneur.)
NewsletterSIMPLY PUT - where we join the dots to inform and inspire you. Sign up for a weekly brief collating many news items into one untangled thought delivered straight to your mailbox.
CAPTCHA: