The World Mobile Congress is having a domino effect on India 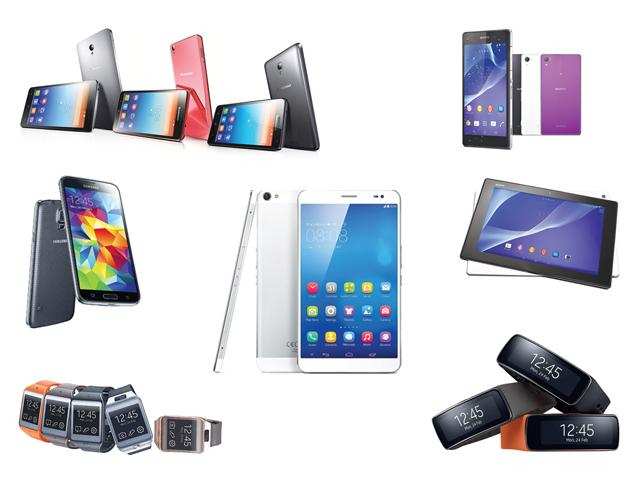 The Annual interestingly added a new focus to the exhibition. Apart from the display of new and cutting edge technology, new smart phones and related products, it has also highlighted an important aspect – Marketing.

Leaders in Mobiles like Samsung, Microsoft, Sony and have launched several new products. Samsung exhibited its S6 and S6 Edge; Microsoft exhibited Lumia 640 along with its extra large 640XL; Sony introduced its Android Xperia Z4 tablet to which several Window features can be added; and HTC took a different angle opting for elegance through its OneM9 and a futuristic Viva VR headset.
TOP VIDEOS FOR YOU

Developments focused not only on new mobiles, but also applicable technology in areas such as automobiles, cameras, mobile chargers, mobile Wallets and moving from 4G to 5G to name a few. Philips exhibited how street lighting can be controlled using Internet.

Advertisement
Most of the products are high-end and it is to be seen how many products go to developing countries. With a rapidly growing smart phone using population and one of the biggest consumer markets in the Asia Pacific region, India in particular is interested in it.

High-end and low-cost smartphones have entered the Indian market and are being eagerly bought. In the previous year, India recorded over 25% growth in the smart phone market and could go up to 40% in the next five years. Internet usage accordingly has been rising. Studies indicate a growth of almost 22% in mobile data consumption.

India is also the second largest user of social platform Facebook. Facebook has launched its free wireless internet service, ‘Internet.org’ in six countries including India. It seems the world has woken up to India’s potential as the next biggest market.

Advertisement
India has adopted 2G and 3G in a big way. Total data usage jumped by 74% and 3G grew by 114% and 2G by 41% last year as per a study by . It also indicated that people have purchased 5.5 million 4 G supporting smartphones. Interestingly, it reports that 85,000 users are already using 4G network in their phones. Now that’s very encouraging indeed.

The 2G and 3G spectrum auction has already netted the a commitment of Rs 60,000 crores from telecom providers against the reserve price of Rs 49,000 crores.

A study by J P Morgan suggests India may follow other countries like South Korea, China and Japan and step over 3G and go directly for 4G in a big way.

Advertisement
The rapid growth in all sectors especially the IT industry and the heavy dependency on Internet networks for data flow and usage, it is but inevitable that India will be a major 4G technology provider sooner rather than later. However 2G and 3G networks will continue until 4G becomes an affordable alternative for the common man.
Manufacture shifting from developed countries and the emphasis India is placing on ‘Make in India’ will result in many high end products being made in India with a migration of supporting technology.

How many of the slew of new products and technology showcased at the will come to India? Of course, new smart phones and accessories will come sooner or later.

But what India would want and require is technology for the growth and setting up of an Internet network all over the country. It will be concentrating on 4G and the much anticipated 5G, which is expected to take shape perhaps five years down the line with great interest.
Advertisement

India’s largest telecom providers are going in for a large expansion in the 4G spectrum. announced in Barcelona at the World Mobile Congress that they will be doubling their 4G coverage. too is expected to enter the 4G market.

The Government has not been backward and under the ambitious Big Bang Digital Plan of Prime Minister Modi, 2,500 cities across the country will by 2017 get free 4G facilities with an investment of Rs 7,000 crore. A further investment of Rs 15,700 crore will oversee a nationwide coverage.

Permeation and essentiality of information technology in every sphere of human life, (a highly interactive collaborative exhibition at the GSMA Innovation City highlighted this aspect) makes it imperative for India to ensure that it is technically up to date.
Advertisement