These 6 Digital Businesses Are Now Flush With VC Money 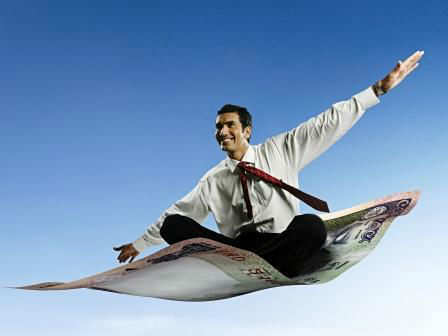 Advertisement
in India seem to have reached a tipping point, going by the kind of investments we have seen in the current financial year, starting from April 2013. Overall has flourished worldwide throughout the calendar year and is expected to reach well over $1 trillion by the end of CY2013 (ending in December), according to MarketResearch. On the other hand, the market in India is growing at an average of 34% since 2009 and is expected to reach $13 billion by year-end, according to the recent KPMG-IAMAI () report e-Commerce Rhetoric, Reality and Opportunity. The e-tail sector is expected to grow at 59% a year and will account for one in every two e-commerce by 2016, the report says.

But the India story does not look too promising as a spate of consolidations and shutdowns took place – mostly due to lack of funds. In fact, an estimated 70-80% of e-commerce companies are in dire need of funds, as per the KPMG-IAMAI report. The fund crunch had hit the Indian firms hard and around 136 e-commerce start-ups had to shut shop between November 2012 and April 2013, says the news site NextBigWhat.com.

According to , managing director of , e-commerce in India requires very deep pockets and follow-on rounds are extremely crucial for growth. Unless companies can abide by this fundamental rule, they could be shutting down or another surge in could happen.

However, some big-ticket from April onwards tend to indicate revival of investors’ confidence in Indian Internet companies. For a change, not all of the has gone into typical B2C e-tailers. Digital ad network , data security solutions provider and classifieds firm have also raised significant funding from local and global investors during the first three quarters (April-December) of the current financial year. Till November end, investments worth $635 million have flowed into India’s e-commerce sector, spread across 40 transactions, according to research firm Venture Intelligence. This pinpoints a sharp rise in total deal value from 2012, which saw transactions worth $433 million.

Does it mean VCs (or investors, in some cases) investing in Indian initiatives now have bigger ? Or are they now mature enough to grow past the merchandise-oriented e-com investment culture? Well, not exactly. Since 2011, equity investors put in almost $1.2 billion into online product retail, says Venture Intelligence. And a large chunk of this funding went into just one company – . Most of the players are still playing safe and putting money into biggest Indian e-tailers like , and . However, niche e-com players like Healthkart, LensKart and BabyOye have also raised $10-14 million in this year. Here is a quick look at the 6 top-funded of the year.
Advertisement

1. Flipkart – tops the funding list: Six-year-old Flipkart, often touted as India’s , has topped the funding list till date and amassed around $550 million. In 2013, the Bangalore-based company raised $360 million in Series E, spread over two tranches, from a slew of investors including , , of South Africa, , Belgium’s , US-based , and (founded by Microsoft co-founder Paul Allen).

The second tranche of $160 million valued Flipkart at over $1.6 billion, according to an Economic Times report. This is similar to its in July when it raised the first tranche of $200 million. Interestingly, Flipkart is worth more than the total market cap of all 15 , including Future Retail, Shoppers Stop, etc. Among brand-led firms, Flipkart’s valuation is comparable with heavyweights such as P&G India and Tata Global Beverages. The company may opt for an in a year, according to media reports.

Interestingly, , the wholesale business of India’s largest e-tailer Flipkart, reported a loss of Rs.281.7 crore in the year ended March 2013, compared to its loss of Rs 109.9 crore in the previous year. This is because the company has upped its spending significantly in a bid to increase its revenues, the same model followed by Amazon in the US. Flipkart’s revenues jumped fivefold to more than Rs 1,180 crore from Rs 204.8 crore in the previous year, but one wonders if the company can survive the fast and furious cash-burning (in spite of heavy funding) required to grab market share.

2. Snapdeal – a growth story growing stronger: The Snapdeal story is almost similar. The online marketplace raised about $50 million in April this year from , Japan’s , , , , , and (now ). It is the first investment in India by Recruit, a $10 billion classifieds and human resources company. and , who co-founded the US-based Internet company that was bought over by Amazon in 1998, are also investors in the latest round, according to ET. The Delhi-based firm raised the money in two tranches, taking its total to $103 million. Snapdeal has been valued at $600 million and is reportedly looking at a US listing in 1-2 years.

3. HomeShop18 – on a roll: HomeShop18, the of Ltd, got a follow-on round of $14 million in October this year from Korean firm , as well as and OCP Asia. The latest transaction values HomeShop18 at $360 million. Earlier in April, the company raised a $30 million round from and Network18. is also an existing investor into the company. HomeShop18 has reportedly filed for an IPO on , hoping to raise around $100 million.
Advertisement

4. Zomato – no speed limit here: This online & mobile platform for , search and review secured a Series D round of $37 million in November 2013 from and existing investor , making it one of the largest investments in the space till date. BSE-listed Info Edge, which owns the portal Naukri.com and other Internet businesses, is the biggest shareholder in Zomato and owns 50.1% stake on a fully converted and diluted basis. Gurgaon-based Zomato Media was set up in 2008 and raised a total of $53 million till date. The latest funding gave it an approximate valuation of $160 million. Zomato is now present in 40 cities across 11 countries and provides in-depth information about 197,000-plus restaurants.

Interestingly, online food ordering and table booking service (originally started as in 2006 but was later acquired by UK-based JustEat) recently raised an undisclosed sum from global investment firm and firm .

5. Komli Media – eyeing expansion: Mumbai-headquartered digital advertising firm Komli Media recently raised $30 million in a fifth round of funding, again from a clutch of investors including the Peepul Capital and existing investors , Nexus Venture Partners, and Draper . With this round, Komli has now secured over $90 million in private equity investment. The company will use the funds to strengthen its position in the Asia-Pacific and further in technology, especially in data analytics, among other things. Since 2011, Komli has bought six companies. It now employs over 400 people and has 18 offices in India, Australia, New Zealand, South-east Asia, the Middle East, Hong Kong and North America.

6. Druva Software – getting big: provider Druva raised a third round funding of $25 million from investment firm and existing investors Capital and Nexus Venture Partners. With this round, the company has received a total of $42 million in venture funding. Druva had secured $5 million from Sequoia back in 2010 and another $12 million from Nexus in 2011. The new funding will support continued R&D, expanded global sales and marketing with focus on Belgium, Luxembourg, Australia and Singapore, and expansion of its cloud infrastructure to support new deployments by large enterprises. The latest deal values the five-year-old firm at around $120 million.

Druva’s flagship is its platform, an integrated suite of endpoint data protection and governance solutions for enterprises. As of now, the company has 2,100 customers and protects 1.7 million endpoints across 76 countries. It has offices in Pune, California, the UK and Singapore, and boasts a client list including the , , , , and , and universities such as and , among others.
NewsletterSIMPLY PUT - where we join the dots to inform and inspire you. Sign up for a weekly brief collating many news items into one untangled thought delivered straight to your mailbox.
CAPTCHA: