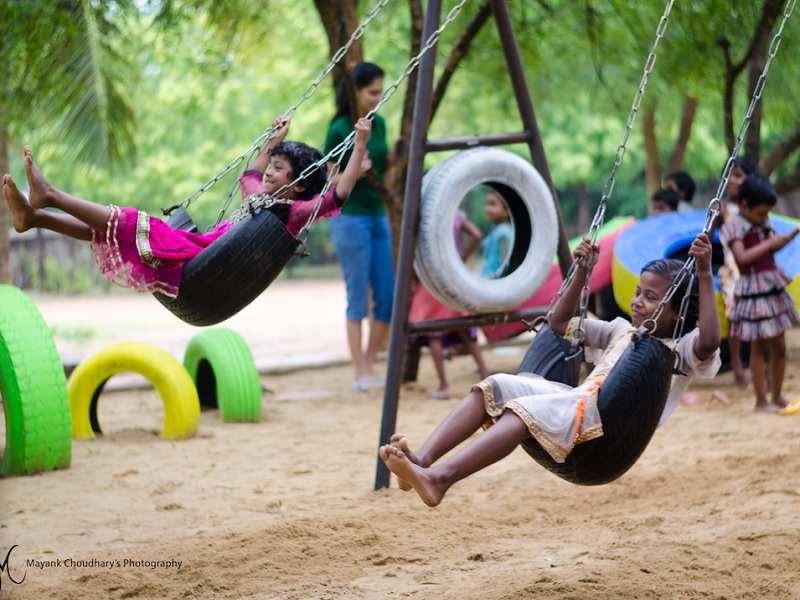 The lack of public parks and spaces where children can play got five architecture graduates from IIT Kharagpur to use scrap and build play areas for kids.
Advertisement

The team at based in Bangalore have been at it for the past one year, using material that is considered to set up playgrounds for just Rs. 20,000 as against those built using mass produced recreational equipment which incurs expenditure in lakhs.

, the co-founder of Anthill Creations picked up the idea of building a sustainable playground for kids while interning under an architect in Morocco. She would work with recycled items.

Soon, he learnt from news reports that around 981 million tyres are either burnt or piled up in landfills around the world every year. It struck him that if recycled, these non-biodegradable materials could not just help safeguard the environment but also be a cost effective as building material too.

Success came when the team built its first low-cost playground in 2013 at the Disha Seema Care Centre located on the IIT-K campus. The initial assistance for sourcing old tyres came from Michelin tyres. Alumni from the team members’ college, who were impressed by the idea, also contributed financially.

Advertisement
For other projects, the team visited garages and godowns to collect scrap tyres. Soon, Anthill Creations team sought out NGOs that work with underprivileged children to help them replicate the tyre playground model they piloted in Kharagpur and make children aware of recycling and sustainability from an early age.
NewsletterSIMPLY PUT - where we join the dots to inform and inspire you. Sign up for a weekly brief collating many news items into one untangled thought delivered straight to your mailbox.
CAPTCHA: