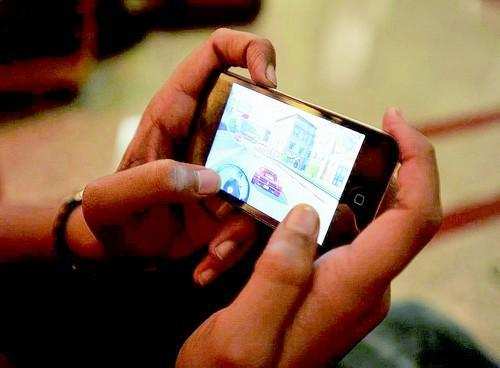 2016 was the best year yet for mobile games, with consumers spending nearly 25% more than the year prior. The breakout success of Pok&eacute;mon GO propelled mobile games further ahead of consoles, PC/Mac, and handheld consoles and that&rsquo;s the trend that we are going to see hereon.

Although games represented about 35% of total iOS and Play app downloads in 2016, games generated over 80% of combined direct App Store and Google Play spending worldwide. As in previous years, spending on games was significantly higher than the Google Play total and was indeed higher than all Android-based stores put together last year.

Advertisement
The rise of China and as global mobile gaming powerhouses was evident in 2016.
The top grossing iOS game globally last year was Fantasy Westward , published by China's . The most lucrative Google Play title was Monster Strike, published by Japan's Mixi.

ALSO READ: I Stayed at Taj's First Property in Amritsar and Here&rsquo;s What I Experienced

For mobile games, Pok&eacute;mon GO came in third in 2016 for total game spend across iOS and Google Play, despite being available for only half the year. The title generated about $950 million in direct spending in 2016.
Advertisement

Given the rising interest in mobile AR games such as Pok&eacute;mon GO and in mobile VR games like Mojang's Minecraft Gear VR and 's Gunjack, the Gaming Spotlight, 2016 Review also delves into this topic in some detail based on a survey of over 4,600 mobile and handheld gamers in in 3Q 2016. Two the most notable takeaways from this survey are that:

&bull; Approximately 24 million Americans played an AR game in September 2016, and 56% of this gamer base was under 25 years of age (primarily reflecting Pok&eacute;mon GO's popularity among children and young adults)

&bull; About 4.5 million Americans played a VR title on their smartphone last September, and these gamer were fairly hardcore (46% played mobile games for &gt;15 hours a week, 56% were male, and the group's average consumer spend on mobile games was 42% above the total mobile/handheld gamer average spend in 3Q 2016)

The demographics of mobile VR gamers nonetheless point to rapid revenue growth moving forward, and the fact that a large share of mobile VR gamers also enjoy eSports content implies that competitive multiplayer gaming will emerge as an important mobile VR market driver &ndash; and help put some distance between the leading suppliers and the competition.
NewsletterSIMPLY PUT - where we join the dots to inform and inspire you. Sign up for a weekly brief collating many news items into one untangled thought delivered straight to your mailbox.
CAPTCHA: