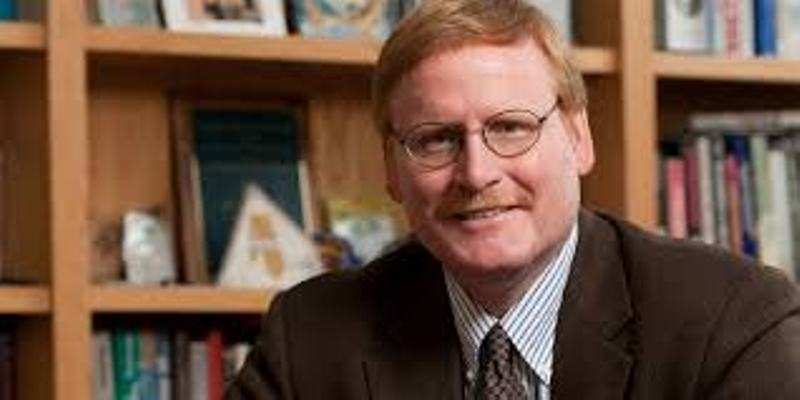 At India, we kick-start our association with the 'Thinkers 50' with the interview of , Founder and of Enterprise for a Sustainable World, and one of the foremost thinkers in the world. In his interview to the of the of Competitiveness, , Mr Hart shares his views on poverty and how and mirofinance can play key roles in its alleviation. In addition to the academic positions at and 's Johnson , Mr Hart is also founder of the Base of the Pyramid Global Network and of the .
Advertisement

What is your view on poverty and how can it be tackled?
Poverty is a big idea like sustainability or strategy. The default position that most people hear is income poverty, which is related to lack of money and there is no doubt that money is a significant part of poverty. Poverty is a multidimensional term– income and quality of life is a function of many things and most of them are to do with opportunities and capabilities. So, this is why entrepreneurial process is an important source of poverty alleviation. At the end of day it’s really about building capabilities, and creating opportunities. The root cause of poverty is capability deprivation and lack of opportunity. From there money follows; simply giving money does not solve the problem. Only education, capacity building, and creation of opportunity will address it in the long run.

Why do you think ‘ poverty is a multidimensional term ’ . Can one say it is about making available health, sanitation, and opportunities?
Certainly it’s all of the above. Compare the following scenarios. “Community A” where the average per capita income is $8 a day but the agricultural soil is washed away, water quality is terrible, food is expensive, families have torn apart due to migration and the incomes have gone up as people have migrated and taken big jobs; but the quality of community life, quality of has degraded significantly.“Community B” where incomes may be lower, i.e., $2 per capita, but there is still a dynamic community life, families are still connected together, it’s still possible to farm and grow food and the environment is not degraded to a significant extent. To describe which community is poor is debatable.

How can India kick-start the process of building capabilities and creating entrepreneurs?
The ideal market base solution would be when the government plays a significant role in creating the conditions that enable this, but often it does not happen as effectively. So, I think of entrepreneurship and market based solutions as the best next option and it does not actually require too many pre-conditions. The crucial ones being the base line level of education, understanding, and capability. The idea of BOP business is two-ways. Often it is thought of as selling cheap stuff to poor people but that is not so. To be effective BOP business one can certainly serve the communities, which are under served and devise business models that enable better service, engage with the local population and provide learning, capability and skill development. At the same time the extreme side would be– where we work with corporate entrepreneurs and also with local entrepreneurs. The traditional notion about or even social entrepreneurship is is about providing credit to local people to do more of what they already know how to do. This can generate increased livelihood. To shift the game in a significant way requires 2 things – one is something
Advertisement
coming in from the outside or the significant leveraging of certain local skills and capabilities or both. People in the local community would have to learn how to deal with work and play with those coming in from the outside. That doesn’t mean that you are fundamentally looking to shift the underlying culture of the local community but it does mean building the capacity of some key people in the local community.

"We worked with a company called“Head Held High”. It is a group of entrepreneurs who have devised a low cost education platform in villages. They can take the 18 year old that is functionally illiterate, who can’t read or speak English and has no computer skills to the point of reading and speaking English and being functional in terms of email, MS office, and learning the culture of business and being punctual. They become job ready in a span of 14 months. We have been working with them because the people that go through that program simply want a regular job and to get a decent wage, which helps them support their family. But all those people who go through this program (say 5%) are not satisfied when they come out of the other side."

So, it’s a combination of introducing technology, financing, and variety of other things from the outside well at the same time growing bottom up skills and capabilities of the people in the community itself. And I am convinced that most of the BOP enterprises that have been purely outside in we have inner entrepreneurs from outside or corporations coming from low cost operations haven’t really been very successful. At the same time purely microfinanced at the local level isn’t going to be a game changer in the long run. It will incrementally increase local income but it is not going to shift the game. The only way we are going to shift the game towards a more sustainable and prosperous world is to connect the 2 pieces together. That 2 pieces being the technologies of the future and those long that come from outside (although some would be technologies like the honey bee ) and app up local indigenous technologies, business skill and financing coming from the outside. At the same growing the capacity and capability of the locally embedded people to become part of the entrepreneurial team. It’s only in that way we can actually create value proposition and a business model that is really embedded, growing the internal skill in the community itself while you serve it at the same time.

You said poor and entrepreneurs is a mythology. How do we get out of this cycle of self defeating thinking that we actually have?
Saying the poor are entrepreneurs sounds as though we have significant equality, that inspite of a poverty problem the poor are not trapped as there is a way out of it, as poor are natural entrepreneurs. I don’t think people in communities are capable of updating themselves on their own. With microfinance there is an incremental improvement in their living conditions. But they are not going to differentiate themselves and would not be able to get to the next level. So, there is the need for transformational development and not just incremental increase in incomes. Certainly we can learn from ancient indigenous technologies and local farming practices and embed the practices in the business that we are talking about. But at the same time it is going to take technology coming in from the outside as well. We have to blend the 2 things together – indigenous knowledge and practices and technology and financing coming in from outside. The business skills are generally going to come from the outside. We could learn from the local business people and vendors but to be really successful as entrepreneurs there is going to be a healthy dose of new perspective coming from the outside.
Advertisement

The true entrepreneurial process is about creating new ventures that are eventually going to employ 000’s of people and have the aspiration of creating something big. Necessary entrepreneurship is about how to make a better life for my immediate family. But that is not going to be transformative and sustainable in the long run. It would be smaller numbers of entrepreneurs and ventures that can create transformational enterprises that leapfrog us to the future technologically and also create employment for the future. Ventures that became large – 21 st century entrepreneurial corporations as opposed to just millions and millions of small mom and pop ventures. The improvement of the mom and pops is important but it can’t be the whole story.

How many types of business organizations exist?
Business organizations empirically are of 3 types.
Craft businesses:They are the vast majority businesses in the world – mom and pop ventures that are interested in providing for immediate needs usually of family. They represent 90% of businesses in the world.
Administrative businesses: They are craft business that become extraordinarily successful. So, rather than staying at 2-5-10 people they grow to be 100-150-200 people and require formal systems of business.They generally stay local or regional and that is the extent of what they do.
Promotional enterprises: These are the tiny minorities of all the businesses in the world but they are founded by people who have an aspiration of becoming very large, successful, to scale geographically and to dramatically change the world. These are very small percentage of enterprise compared to craft or administrative.

I am convinced it is important to grow craft businesses and micro can help do that and to give business assistance to administrative businesses so they can employ 10’s and 100’s of people but it would be the promotional enterprises that really shift the game in the world. When I think of BOP business I am most interested in figuring out how do we form, help, generate, the promotion of enterprises of the future that are based upon inherent clean and sustainable technology and that can lift capacity and build up an employee who has been underserved.
NewsletterSIMPLY PUT - where we join the dots to inform and inspire you. Sign up for a weekly brief collating many news items into one untangled thought delivered straight to your mailbox.
CAPTCHA: