Thinkers/Thinkers 50: Devdutt Pattanaik asks why bother with a very Indian approach to management? 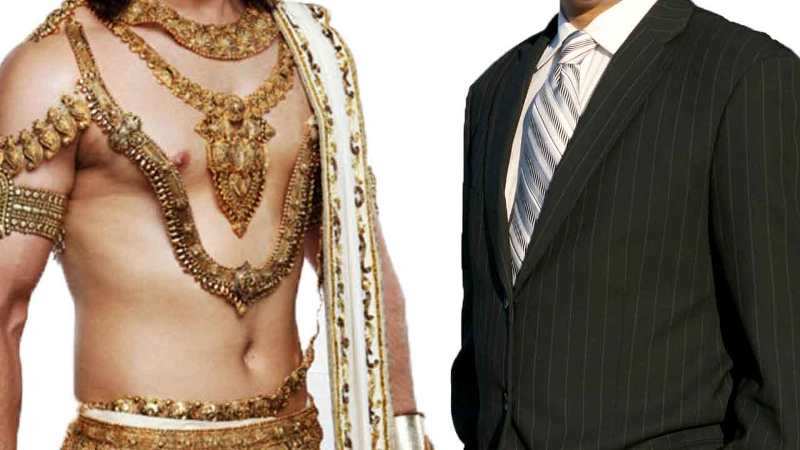 Modern management as we know it today thrives on an assumption: that it is objective and rational. Of course, cutting edge thinkers know that it is not so. But that management is objective and rational remains a dominant perception. Subjectivity plays a key role in management. And subjectivity is influenced strongly by culture. The way we see the world is conditioned by the culture we have been most exposed to since childhood.
Advertisement

A child brought up in Denmark, for example, all his life, has a very different understanding of life, compared to a child brought up in India, Internet notwithstanding. There will be many things in common, but there will also be many differences. How much focus do we pay to subjectivity relative to objectivity, irrationality relative to rationality, in management thought? People are divided on this.

We have been conditioned to look upon subjectivity and irrationality as wrong, even evil, the source of problems and the source of chaos. Yet, it remains a factor impacting business and can be a lever that can change the way we conduct business and solve problems we face today. In Denmark, one is exposed to an of 5 million people, 80% of the same ethnicity. In India, one is exposed to an economy of 1200 million people, where less than 40% speak the same language, and the remaining 60% speak 15 languages, and there is great diversity along economic, political, linguistic, educational, religious and caste lines.

Management principles that will emerge from, and will be applicable to, Denmark may not work as well in India. This seems pretty obvious, but many people challenge this. Such reaction reaffirms the idea that different people see the world differently: the world is not a rational, logical, objective space, where there is one truth. There are many truths. But some truths are more favoured and more dominant than others, and even positioned as THE truth.

Belief is an assumption based on how many data points we are exposed to, and how we join these data points: the more the dots, the more complex the pattern. The more the experience, the more ways we know to join the dots. And so belief keeps expanding. Like a business plan which changes when assumption changes, our understanding of business and management changes dramatically when our belief changes, or rather expands. Notions of business and management as we know it today comes primarily from the USA and Europe.

Advertisement
These are shaped by western cultures. Historically, today’s management is influenced by principles of the roman Army, Jesuit Missionaries, and Industrial engineering of the 19th century – all western. It is not objective at all. It does not take worldviews of China and India into consideration to say the least. It assumes itself as rational, independent of cultural thinking. And that is its greatest shortcoming.

Mathematics and statistics may be universal languages, but the way we read the results varies with the cultural gaze embedded in the leadership. This understanding is critical in the new ‘postinternet’ world order where everything is mingling and merging and we are realizing that all things western are not necessarily modern, or complete, or suitable for all contexts. It is important to re-evaluate our gaze. It is important to expand our mind, join more dots.

Sun Tzu and The Art of War became popular in the 1980s because of the success of Japanese corporations and it gave management thinkers all over the world exposure to Chinese thought (Sun Tzu was not from Japan). Since India became a hub of outsourcing and a potential market for many in Europe and America, people have been wondering about Indian thought. Hence the proliferation of books on Chanakya and Bhagavad Gita.

Chanakya appeals to the rationalist and Bhagavad Gita appeals to the philosopher. But neither takes into consideration the vast body of knowledge embedded in the stories, symbols and rituals of India. Neither takes into consideration Lakshmi, the restless but delightful goddess of wealth, the most popular Goddess in India (not just amongst Hindus). Perhaps this has something to do with 19th century disdain for all things ‘myth’ and an obsession for rationality and scientific thinking.

Of course, today social scientists know that ‘myth’ is essentially a cultural point of view that expresses itself through stories, symbols and rituals: every society has its own myth. There is no culture that has no myth. Western thought is also a myth that shapes the modern world; it is neither rational nor real. The mythology of modern management is rooted in the belief that ‘all that is measurable can be managed’. It lends itself (wrongly) to the secondary assumption that ‘all that is not measurable does not exist’. A good scientist is acutely aware of this. But how many good scientists are out there? Most scientists of the world do come from cultures that value monotheism (one god, one truth) over polytheism (many gods, many truths). Even atheism is presented along monotheistic lines where rationality is argued as a god.

Advertisement
Emotions cannot be measured, imagination cannot be measured, but these play a critical role in policy making and business decisions. We cannot be indifferent to them simply because they defy both measurement and rationality. This measurement-celebrating western myth has resulted in placing more values on processes (measurable) than people (not so measurable). We rely more on institutions than on individuals. This has its roots in Biblical myth (one half of western myth) where the tribe or church is more important than the individual member. We are constantly seeking to institutionalize of Apple and of .

Ironically, these two gentlemen are embedded in the Greek myth (the other half of western myth) where glory comes from doing something extraordinary that challenges the status quo. They broke the prevalent assumptions of communication. They were what the Greeks called hero, men who changed the rules of the game, like Alexander, who was then invited by the gods to the special heaven called Elysium.

Western management myth subscribes to the Biblical and Greek mythologies that are similar to each other in that they value only one truth. They are also at odds with each other: the one focuses on the collective and the other focuses on the individual. Please note: Biblical mythology does not mean the Christian Bible, it refers to a vast body of thought that emerged from Ancient Egypt, Mesopotamia, Persia and Levantine, where great value is placed on central authority.

Social scientists have used this individual/collective framework to explain cultural phenomenon all over the world not realizing this framework is western, not global. Different cultures have different frameworks they operate from. This is especially true in china and India. China values relationships and India values contexts. Neither china nor India thinks in terms of tribe/ church/institutions, although words like clan and caste do give the impression that they do.

Hence guanxi (special relationships) are so critical in Chinese business. In Confucian china that dominated the court culture, the focus is the relationship between one and the other, not one and the many. This is a critical difference. The Chinese does not think China, he thinks ‘boss’ or ‘subordinate’. The boss embodies China, until he is overthrown by someone more noble and worthy. People often equate Chinese with ants. Incidentally, the institutional model is also about ants.

Advertisement
In the Chinese worldview, the pecking order of ants matter. In the institutional worldview, the anthill matters more than the ants. India values neither ants nor anthill. Great value is given to impermanence (think Buddha). Nothing is fixed, except maybe gender and caste that are determined at birth. Everything else, even family structures are continuously changing. So the individual is continuously trying to figure out his relationship with the other in every context. Caste relationships, and village relationships, are more reliable than relationship with the government or someone far away.

In the realm of impermanent structures, there is no fixed institution (as in the West) or boss (as in China); everything is changing and so one has to figure out at each interaction that status of the other, hence oneself. This creates a lot of ambiguity that exasperates people who do business in India. A simple tool to understand different cultures is to study the dominant mythology of the land: the stories, symbols and rituals that are favoured by a society.

Unlike psychoanalytical ‘archetype’ models that seek the common and the universal, the approach needs to be more structural – seeking differences. This reveals why the from Denmark is so different from the manager from India even though both are educated in the same B-schools and have gone through the same induction and training programmes. The difference is not just because of personality (individual) or the culture (collective) or institution (collective), but also because of relationships and context: the Danish manager will be very different in a roomful of Danes as compared to a roomful of Indians and vice versa.

Biblical mythology celebrates rule-following prophets (Moses) and kings (Solomon), while Greek mythology celebrates rule-defying heroes (Odysseus, Theseus, Jason, Hercules). Indian mythology has both rule-following Ram and rule-breaking Krishna, both of whom, are not two different characters but the same character, Vishnu, in two different contexts: he follows rules as Ram in Treta Yuga and breaks rules of Krishna in Dvapara Yuga.

Then there is Shiva who is indifferent to all rules and who beheads Daksha who seeks to impose rules on others, for Shiva is more interested in the intention beyond the rules, beyond the processes, beyond the institution. In chasing the institutional model of modern management, we do not question its intention. It is structurally designed to celebrate greed: growth in profit quarter after quarter to satisfy the shareholder. Yes, we keep speaking of stakeholders, but the only action favouring stakeholders seems to be more rules: regulations protecting , or workers and rules compelling the rich to be more charitable.

When there are conversations about people, they tend to focus on what they have (think ) or what they do (think ), but never know who they are. More often than not, the assumption is if you are a successful and have created an institution of enviable market capitalization, you must be a smart leader who inspires people (think ). Who a person is cannot be reliably measured. Personality tests, designed using western methodologies, map people in a vacuum and do not take contexts and relationships into consideration. They map people as ‘archetypes’ in a fixed ‘template’, or as ‘pegs’ in a fixed set of ‘holes’.

They do not consider relationships as in relational databases (who is in the cell above and below). They do not consider personality that keeps changing according to desha (geography), kala (history) and patra (roles), which define a yuga (context). Thus we grapple with incomplete patterns.

It is time to increase the dots and find more ways of joining the dots. It is time to look beyond known constellations to the billions of galaxies out there. It is time to also consider the very to management.