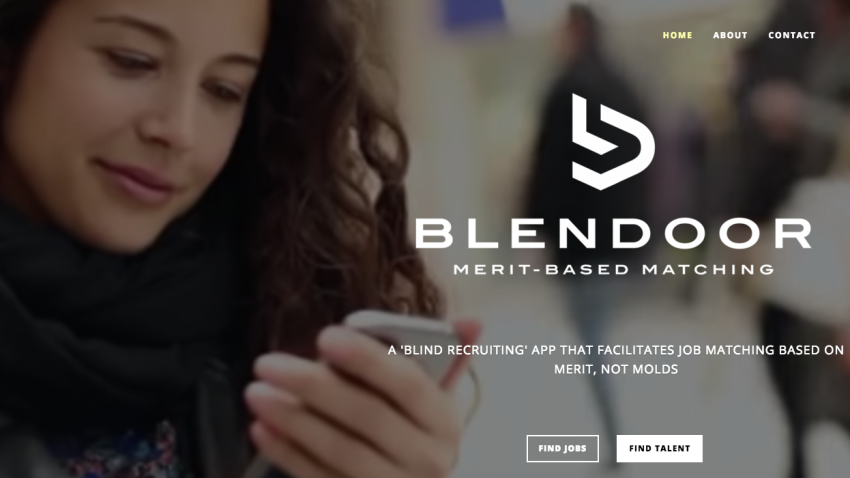 Advertisement
Tech workers are the ‘hot properties’ in the current market. Their demand has grown exponentially in the last five years. With this growth competition has also grown exponentially and the present scenario is while there are so many fishes in the pool, there are fewer employers in the market. And hence it becomes extremely important for tech workers to showcase the right skills to the right employer. But this hardly happens without bias.

Stephanie Lampkin’s new hits the right chord amidst this crisis. is a mobile app that hides a candidate’s name, age, employment history, criminal background, and even their photo, so employers can focus on qualifications. This app was made to eliminate the unconscious bias among recruiters.

Candidates can swipe right or left and get matched to employers just by virtue of their qualifications. Other details are revealed once the match is made.

Advertisement
Lampkin believes it was her race that led to the bias. A 2003 study from the National Bureau of Economic Research found that "job applicants with white-sounding names needed to send about 10 resumes to get one callback," while "those with African American-sounding names needed to send around 15 resumes to get one callback."

So she built an app that helps eliminate unconscious bias from the hiring process. It took two years of development, but Blendoor finally launched in public beta on March 11.

(Image credits: masetv)
NewsletterSIMPLY PUT - where we join the dots to inform and inspire you. Sign up for a weekly brief collating many news items into one untangled thought delivered straight to your mailbox.
CAPTCHA: