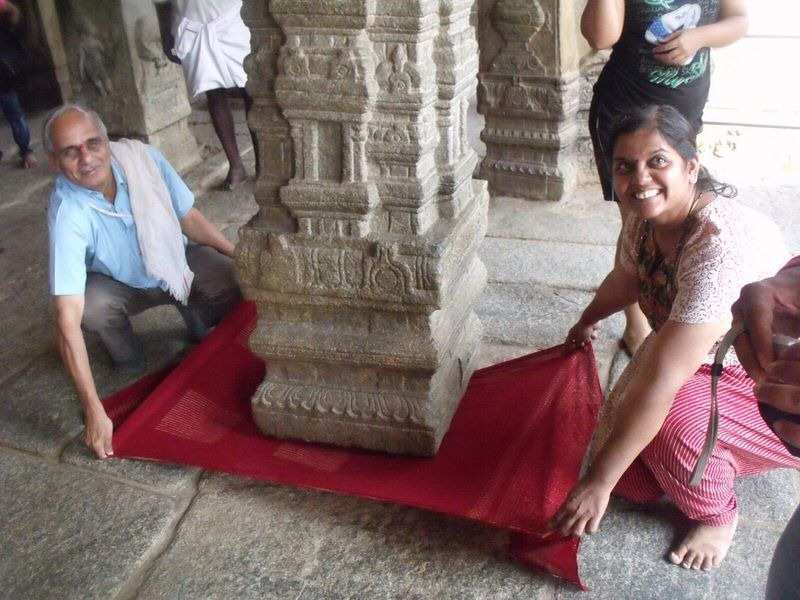 Anyone who is visiting India for the first time will instantly fall in love with the country’s rich heritage. One of the utmost important parts that constitutes India’s rich heritage is temples.

Temples in India that date back to Vedic Period (1500-500 BC) are marvellous that have intricate designs and carvings of gods and goddesses on walls and pillars. Some are even monolithic structures that are a wonder to watch as they have been created using only a chisel and a hammer.

Some of the temples are finest specimen of artisanship as even historians and scientists haven’t been able to decipher the kind of work done on the beautiful structures.

One of the temples that can leave everyone awestruck is Lepakshi ’s southern state of Andhra Pradesh. 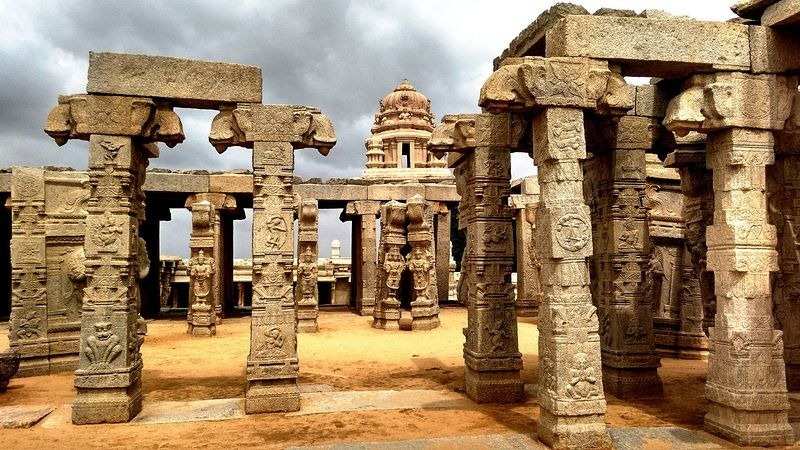 The temple is built on a rocky hill and dates back to 1583. As per the legends, ‘Lepakshi’ means ‘rise, bird’ as according to a Hindu mythology ‘Ramayana’, a wounded bird fell here fighting a demon.

Yes, one of the 70 pillars at the Lepakshi Temple, which is also known as Veerbhadra Temple, is hanging and the pillar does not rest to the ground. It is hanging since 16th Century and is said to be one of the main supports of the temple.

The pillar, or the hanging column, has beautiful designs engraved on it and legends have it that whosoever passes a piece of cloth under the pillar lives a life full of prosperity.

No one has, till date, able to decipher the technique behind this pillar and even a British engineer, who tried to move it to see the support, failed miserably.

Apart from this, there is a huge monolithic structure of a holy cow ‘Nandi’, which is 27 feet in length and 15 feet in height, and is considered as India’s monolithic Nandi. 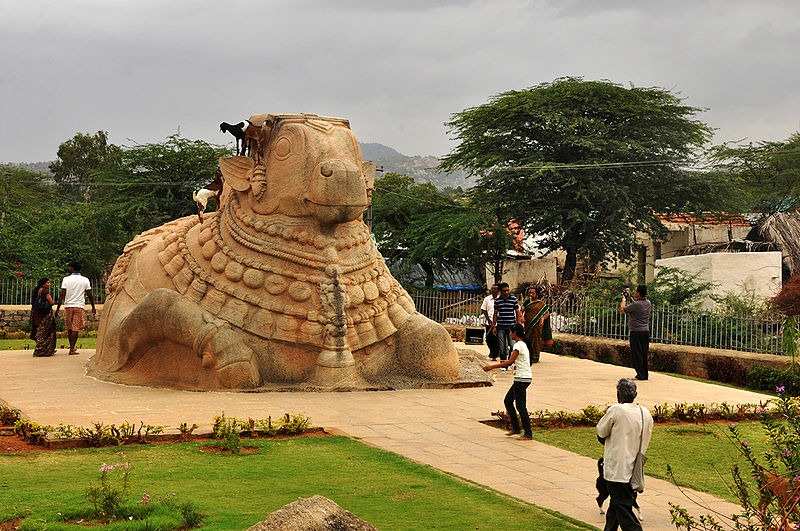 The temple is also famous for its mural paintings and beautiful frescoes.

So, next time you visit Andhra Pradesh, don’t miss this temple and pass a cloth under the pillar.