This Is The Best Entry Level DSLR We Have Used In Recent Times, Canon 1200D [Review] 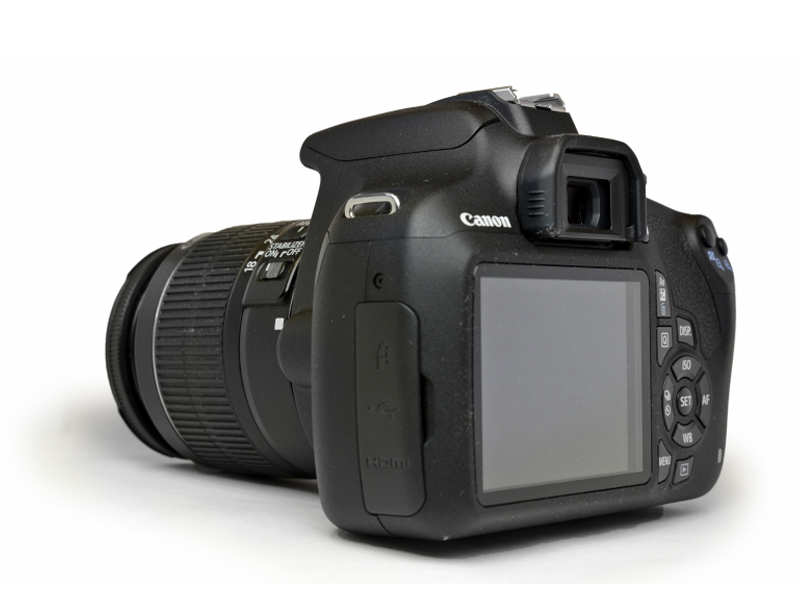 Here we were thinking that we have used and reviewed the best of the lot. Then suddenly hands us the 1200D entry level DSLR, built for the masses. We took the out for a spin along with it 18-55mm kit lens during the day and night. The experience just kept getting better. This is what we could make of this nifty little (by standards) device.
Advertisement

Design
When it comes to design Canon has not done anything out of the blue here. When you bring it out of the box and attach the lens, it looks like any other DSLR from Canon’s camp. But there are slight changes all over the body that make it better than the previous 1100D. 1200D has a deeper grip that is more comfortable. This is a feature that has probably been picked up from the latest rebel series of DSLR’s from Canon.

The dial is comfortably placed on top right and one can easily access all the modes. The modes are also shown on the screen once the dial is rotated. The large 3-inch screen is a treat to work with. However, the 700D has spoiled us a bit and anything without a swivel out LCD does not appeal to us. As the swivelling screen lets the user take images from varied angles. For first time users this screen on 1200D is not bad.

The zoom keys and other processing buttons are also well within the reach of the thumb and one can quickly access them. The battery slot is located at the bottom along with the SD card slot. On the left of the camera users get the USB and HDMI ports.

Performance and Images
Advertisement
For a starting DSLR this one is not bad at all. Canon 1200D has 9 point auto focus system that worked well most of the times, except in extremely low light. ISO levels go up to 6,400, but going beyond 1,600 mark brings a lot of noise to the images. For outdoors at night we did not go over 800 as the images start to pixelate. Our recommendation is to use the flash if you want better shots at night or dingy places.

The macro shots with this camera were spectacular and we enjoyed clicking just about anything up-close. There are lot of modes to play around with in this camera and users can advance to the shutter priority and the demanding manual mode once they are comfortable with the device. To start with, use the pre-loaded image modes or the auto+ mode. These will get you best images according to ambience.

We were very satisfied with the images the 1200D could produce. The night shots were exceptional and to tell you the truth we did not expect such great shots. The 860 mAh battery takes about 2 hours to recharge, but once done will give you about 400 shots using the viewfinder. We took some videos as well, which this camera can take in HD. Like the crisp colourful images it delivers, the videos were quite vivid as well.

Verdict
Canon has managed to make a winner. 1200D outperformed its predecessor in every manner. We have been using the series since the inception of 1000D and we must say 1200D is an excellent buy for first time user. It has everything one expects from a DSLR and to top that off gives top-notch image quality. The pricing is not too bad either with the 18-55mm kit this camera is available for Rs 31,995.