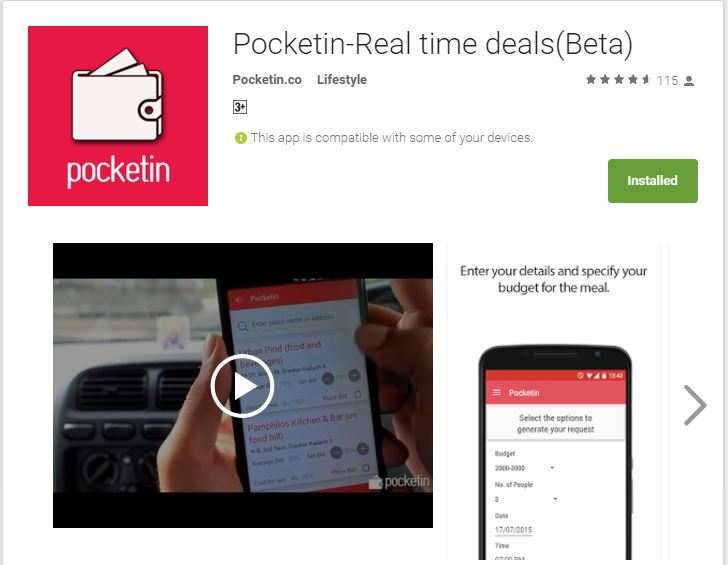 India is slowly warming up to the dining out culture and people, especially students and the youth are dining out approximately three-four times a month. However, the increasing number of taxes that one has to foot along with the bill can sometimes play a hurdle in the way of ensuring that a night out also scores on the affordability factor.

The easiest solution to that is undoubtedly hunting for discounts. But, in most cases, hunting for a good discount is not only a cumbersome process but also almost always unsatisfactory- they’ve either expired or are not applicable for the restaurant you’re interested in.

What do you do then? You download , India’s first ever service that acts as a between diners and restaurant owners
“The main aim is to give people a platform where they call the shots as far as discounts are concerned,” Anirudh, the COO of Pocketin tells me.

The app has been founded by three engineering graduates who’ve ditched their cushy jobs to ensure foodies get the discounts they deserve.
Advertisement
Kshitij, the CEO of Pocketin, who manages the backend operations left Deloitte, while Anirudh, who’s responsible for sales and marketing left Practo. Rahul, on the other hand left Amazon. He manages the tech aspect of the app. 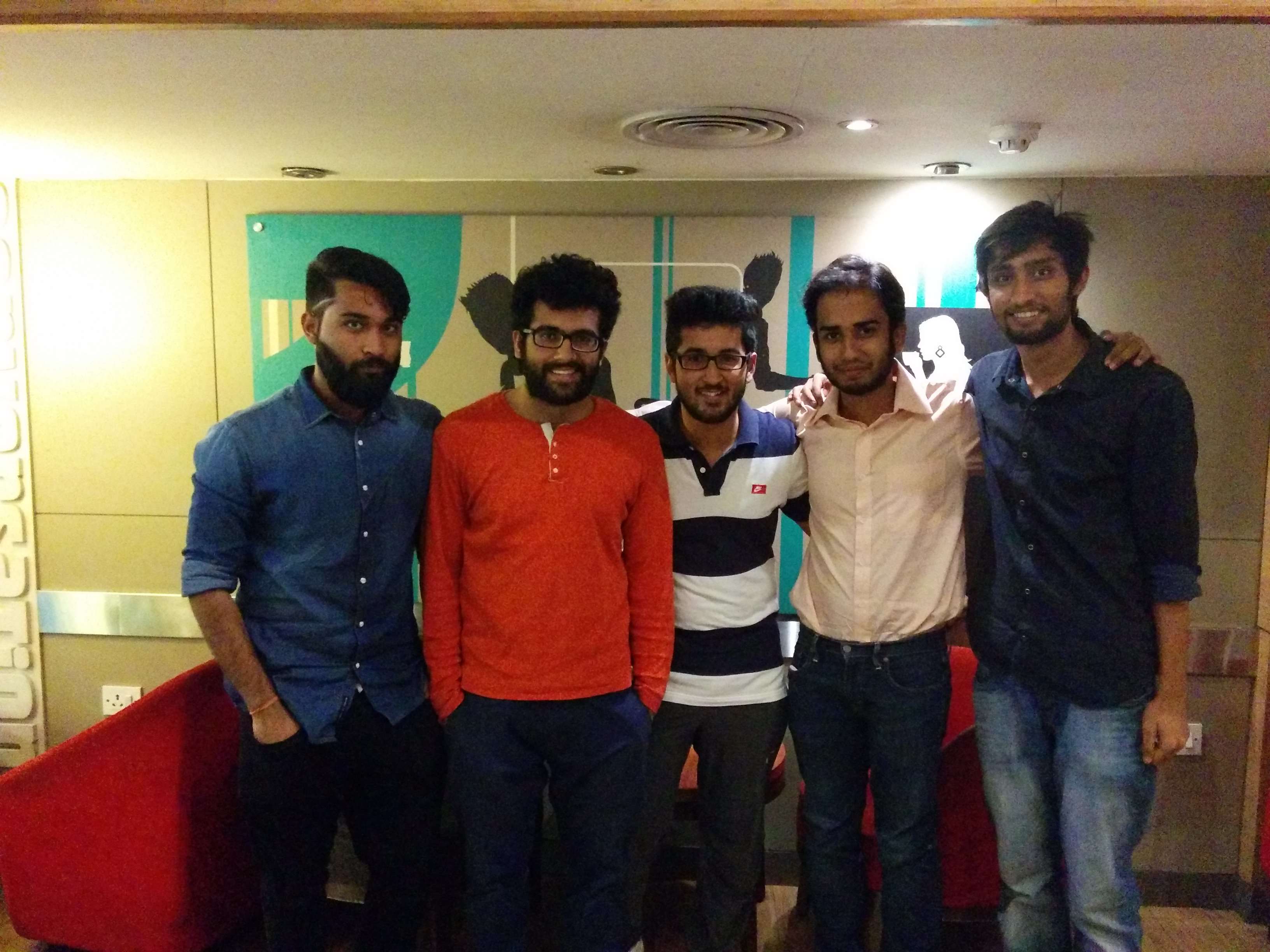 The trio toiled for close to two months before launching their app on August 10 and after over 90 days in business, they have not only managed approximately 5,000 downloads on the Android Play Store but also have over 105 on board.

The app works using four simple factors. The user’s budget, the number of people he’s looking to go out with, the time of his expected visit and the date.

“Once you key in these information, we show you a list of restaurants from which you can choose the one you would like to place a bid on. Additionally, you can also search for an area and then find a particular restaurant or place bids for multiple restaurants,” explains Anirudh.

Advertisement
He further adds that while you’re placing a bid, you’ll also be able to see the average bid that is accepted by that respective restaurant.

‘Bids equal the percentage of discount that would be applied to your net bill, if accepted. It’s all about instant gratification.’ he reveals.

Once you’re done placing the bid, the team gets to work and lets the restaurant know of your offer and it is then upto the restaurant to either accept your bid or give you a counter offer- all of which the Pocketin team will let you through a chat that is integrated on the app.

When you place bids for multiple restaurants, you can also compare the deals and choose the best ones.

As of the moment, the team has closed in 635 transactions, with a GMV of more than 12 lakh.

Advertisement
When asked the maximum bid they’ve managed to get any customer, prompt came the reply. “86 of the transactions have been successfully bid at 35%”

But, how is their system any different from platforms like Coupondunia or Dineout, which also offer coupons and discounts for restaurants?

“Apart from the fact that the user can bid for the discount they want and are not given an already decided upon discount, as is the case with Coupondunia or Dineout, they also do not have to present any coupon or voucher once their reservation is done. They simply need to go to the restaurant and we assure that the servers will know about you and your agreed upon discount. We also provide all of our services in real-time and that I think is the biggest differentiator,” Anirudh states.

It’s not only the customer who gains, Anirudh adds. The restaurant does too. “Through our services, they get in a lot more customers and in most cases retain them too.”

While the services are free for the users, Pocketin does a charge a fee from the restaurants based on the number of people who’ve dined at their establishment on a particular day.

Advertisement
“We’ve made a profit in every transaction till now, “he proudly reveals.

If that wasn’t enough good news, the team is also set to close in their first round of funding and have a lot of plans on the pipeline, including listing events, party and package deals and tying up with ToneTag to provide cashless payments which wouldn’t need a working internet connection!