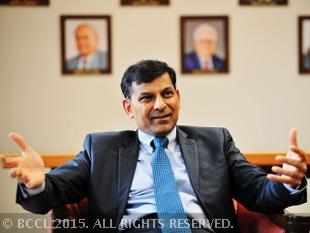 In a bid to improve the ease of doing business in India, a group of India's top and entrepreneurs are likely to meet RBI governor to propose the necessary steps, sources say.

The development comes in the wake of an increasing number of Indian startups shifting base to Singapore to take advantage of the simpler regulatory and tax regime.

Some of the proposals that are likely to be discussed with RBI governor Rajan include relaxation of ECB or external commercial borrowing guidelines to enable easier borrowing for startups, an M & A structure that will allow an earn-out component without RBI approval, permission to allow convertible notes for raising funds under FEMA guidelines.

Advertisement
Some additional ones include allowing foreign funds to transfer shares from an Indian entity to a foreign entity without RBI approval and a simpler mechanism for forex transactions.

India is one of the fastest growing markets for startups in the world, with more than 4,200 startups, only behind US and UK, according to data released by the start-up ecosystem report last week.

Advertisement
However, an increasing number of startups are shifting base to Singapore due to easier norms in raising money, a simpler tax regime and lesser procedural delays. But, the government has said it will improve the ease of doing business for startups and is expected to unveil announcements to this effect in the next couple of months.