Transhumanism in India: Between faith and modernity 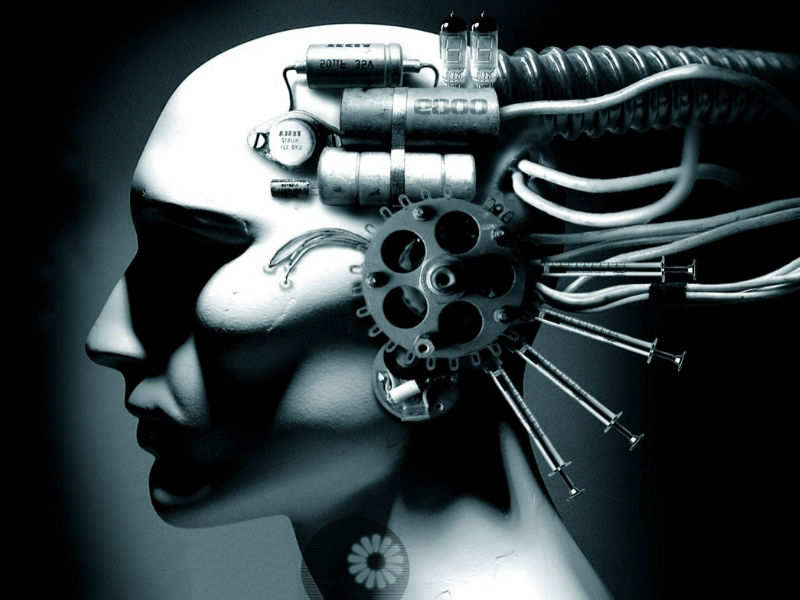 The World Transhumanist Association () has provided a formal definition of : “The intellectual and cultural movement that affirms the possibility and desirability of fundamentally improving the human condition through applied reason, especially by developing and making widely available technologies to eliminate aging and to greatly enhance human intellectual, physical, and .”
Advertisement

In practice, support the possibilities of improving (and engineering) of human beings that has become possible because of technologies such as gene therapy, nanotechnology, biotechnology, information technology and cognitive science. Additionally, transhumanists also believe that other speculated future technologies like simulated reality, artificial intelligence, super intelligence, mind uploading, chemical brain preservation and cryonics (the low temperature preservation of animals (including humans) who cannot be sustained by today’s medicines, with the hope that healing and revival may be possible in the future). They believe that humans can and should use these technologies to become more than human.

Reception and critics in the West
Most objections to the ideology of transhumanism argue that it represents the extreme (and to them, unacceptable) human attempt to substitute themselves for God. In 2002, the Vatican issued a statement called Communion and Stewardship: Human Persons Created in the Image of God, in which it is stated that "Changing the genetic identity of man as a human person through the production of an infrahuman being is radically immoral". The same statement also argued that the creation of a superhuman or spiritually superior being is "unthinkable", since true improvement can come only through religious experience.

Liberal and left-leaning critics in the modern Western Academy have also attacked transhumanism for other reasons. In his 2002 book Our Posthuman Future, Liberal economist and philosopher Francis Fukuyama identified transhumanism as one of the world's most dangerous ideas. He said that it may undermine the egalitarian ideals of democracy through a crucial modification of human nature itself. Left-leaning German philosopher Jürgen Habermas argued (in his 2003 book The Future of Human Nature) that embryo-stage genetic modification would undermine moral autonomy of the species-ethic (as the latter would become subject to another's unilaterally imposed specifications). Other critics have argued that attempts to significantly alter human biology also threaten the social order.


Advertisement
When one considers the number of problems confronting India – ranging from medicine (drugs, care for disabled people, genetic diseases, etc.), agriculture (low-yield crops, pests) and fields – the kinds of sciences and technologies that transhumanism specifically supports sound very promising. Because there are any number of these problems in India that could potentially be alleviated by adopting a number of these very promising technologies.

Another reason that is cited for the potential success of transhumanist technologies in India is that Indic religions are perceived to generally be more open to the idea of human improvement (through technology) than Western Christianity. Zoltan Istvan (founder of the US Transhumanist Party and candidate for the 2016 US Presidential election on behalf of this party) says, “Many transhuman goals, like trying to overcome human death, go against the grain of Western religions and their sacred texts. But Hinduism, Buddhism, and various other Eastern religions can be conducive for transhumanism and its goals.”

Another circumstance that is often cited by world transhumanists and futurists (that apparently makes India a fertile place for such an ideology and technologies) is very interesting indeed. India offers a great deal of freedom to science and technology companies for them to do creative work. “In the United States, for example, it takes sometimes a decade to get a drug or certain type of technology approved by the government, into production, and then into the public's hands. In India, there is far less scientific bureaucracy and government approval. It is felt that, due to these reasons, transhumanist technologies will probably grow a lot faster in places like India rather than in the West”, adds Istvan

Will this ideology survive, gain traction, or succeed wildly in India?
There is no doubt that transhumanist technologies have the potential to solve or at least alleviate a great many of India’s contemporary problems. To a certain extent, a lot of the creative energy being expended by Indian scientists and technologists (in fields such as medicine, genetics, agriculture) are certainly contributing to this effort. Indeed, some of the supposedly beneficial circumstances (such as the bureaucratic one cited by Zoltan Istvan) may even seem charming. However, perhaps we will need to wait and watch with skepticism what is actually achieved by these technologies on the ground. We will have to be on our guard, just as M. K. Gandhi was during his time. Where ever there are specific instances of success (such as in genetic medicine or certain genetically-modified crops) we should be grateful for those achievements.

However, whether we adopt such technologies (and such an ideology) in toto – I think that some of M. K. Gandhi’s skepticism would be handy – and we should certainly adopt it for now.
Advertisement