SCMP
Apr 24, 2019, 08:43 IST
Both incidents involving Cathay captains occurred earlier this year. Photo: Bloomberg
Two Cathay Pacific Airways captains suffered loss of eyesight on separate flights earlier this year, forcing their co-pilots to take command of their aircraft and issue urgent calls to air traffic control before landing safely, Hong Kong’s aviation incident authority disclosed on Tuesday.One captain was flying from Perth, Australia, to Hong Kong on flight CX170 on February 21 when he told his first officer, the co-pilot, that he felt out of breath and his vision was impaired, before declaring he was incapacitated, according to a preliminary report by the Air Accident Investigation Authority.


The Airbus A350 carrying 270 passengers and 13 crew members was flying over Manila at 6am at the time. The first officer took command of the aircraft.

The captain was given oxygen and his condition later stabilised. He remained conscious and in communication with the first officer and a senior purser, the report said. Advertisement 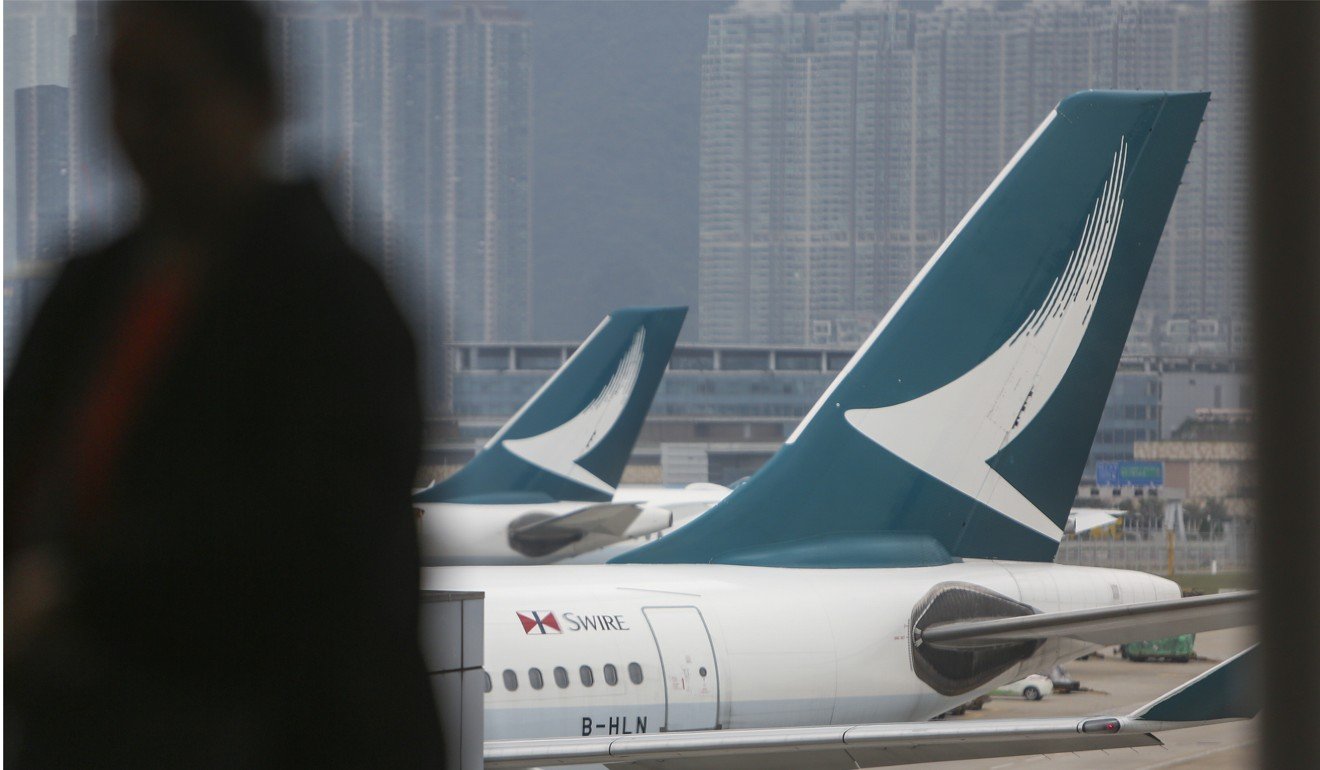 Cathay Pacific says it is cooperating fully with the investigations. Photo: Winson Wong

The crew sought help from a passenger who was a medical professional, while asking the company doctor in Hong Kong for advice.
Advertisement

As the aircraft entered the Hong Kong flight information region (FIR), the first officer made a so-called Pan-Pan call to the local air traffic control to request a priority approach.

A lower flight altitude to decrease cabin pressure was also requested to assist with the captain’s recovery.

Pan-Pan is the international call signal declaring that there is an urgent situation on board an aircraft or vessel but that it does not pose an immediate danger to life or to the vehicle. It is referred to as a state of urgency requiring priority from the air navigation service provider, in these two cases Hong Kong’s Civil Aviation Department. Advertisement
The flight landed at Hong Kong International Airport uneventfully at 7.16am.

The report said the captain had 25,000 hours of flying experience and 97 hours of command time for the aircraft model. His medical certificate was class 1.

On January 26, the captain on flight CX583, carrying 348 passengers and 16 crew, between Sapporo and Hong Kong suffered a sudden loss of visual acuity for about 30 minutes, another preliminary report said. Advertisement
The captain also told the first officer about his loss of vision, before giving up control of the west of .

He remained in his seat and secured the harness restraints to prevent any possible interruption with flight operations.

As the flight entered the Hong Kong FIR, a Pan-Pan call was declared to air traffic control to ask for a priority approach. The aircraft landed at the airport safely. Advertisement

The captain had 27,500 hours of flying experience and 4,000 hours of command time for the aircraft. His medical certificate was also class 1.

The authority, which categorised both “flight crew incapacitation” events as “serious incidents”, said an investigation team was analysing data collected to determine the circumstances and causes. Each investigation was expected to take about 12 months, the reports said.

“The [authority] will continue to collect and study all relevant information in order to determine the circumstances and causes of the serious incidents,” a spokesman said. “More in-depth investigation and analysis have to be conducted before any conclusion can be drawn.” Advertisement Lawmaker , a commercial pilot, said he had rarely heard of such incidents. Photo: Sam Tsang

A Cathay Pacific spokeswoman said the airline was aware of the investigations and was cooperating fully. Advertisement
“Safety is in the consideration of everything we do and in each case, the operating crew acted in accordance with Cathay Pacific’s standard operating procedures regarding pilot incapacitation,” she said.

Civic Party lawmaker Jeremy Tam Man-ho, who is a commercial pilot, said he had rarely heard of an incident in which a pilot experienced a sudden loss of vision.

Is Hospital Authority failing to protect pregnant Cathay staff amid measles scare? “We can’t jump to conclusions at the moment. This could be because of sudden illness to the pilot, or eye problems, or blood pressure problems. It is for the authority to investigate the cause of the incidents,” he said. Advertisement
“This is definitely not the first incident in which the first officer has had to assume control of an aircraft. But suffering a sudden loss of visual acuity is, I would say, a rare incident.”