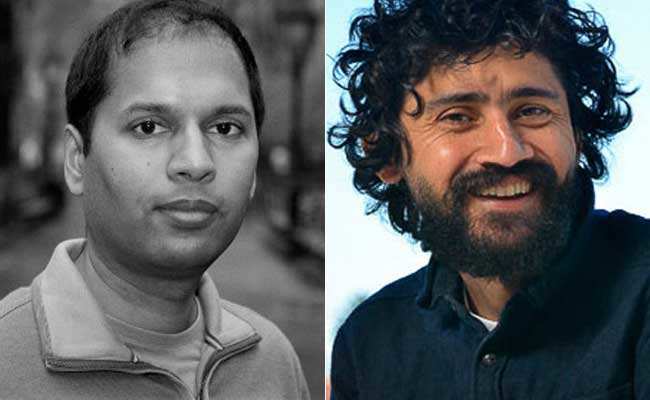 Two Indian-American scientists are among this year's 23 winners of MacArthur Fellowships for showing exceptional creativity in their respective fields.
Advertisement

The Indian-Americans -- Mr Manu Prakash and Mr Subhash Khot are alumunus of Indian Institiute of Technology (IIT) in Kanpur and Bombay respectively. Each of them will receive $625,000 in quarterly installments over the next five years.

Awarded by the Chicago-based John D. and Catherine T. , the "genius grants" are awarded to scholars who show exceptional creativity in their work and to empower recipients to pursue their work.

MANU PRAKASH
An assistant professor in the department of bioengineering at , physical biologist Prakash researches how various life forms work. He also has invented devices that open up scientific investigation for those with limited funds, such as a lightweight microscope that costs less than a dollar to make.

The MacArthur Foundation recognisedPrakash for his research that is "driven by curiosity about the diversity of life forms on our planet and how they work, empathy for problems in resource-poor settings, and a deep interest in democratizing the experience and joy of science globally."
Advertisement

The Stanford University, in a release said many of Mr Prakash's ideas come from his travels and from his childhood growing up in India.

"Being in the field gives meaning to working in global health. It teaches you empathy, a driving force so strong that it transforms ideas into actions," Mr Prakash said.

SUBHASH KHOT
A professor of computer science at New York University, Khot works to understand the possible limitations of computing. His discoveries have both theoretical and practical implications, the latter concerning how election systems function.

His continued ingenuity and tenacity in exploring the potential of the UGC will drive this important and fruitful area of research for many years to come, the MacArthur Foundation said in a statement.

Advertisement
Mr Khot received a B.Tech (1999) from the Indian Institute of Technology, Bombay, and a PhD (2003) from .

(With inputs from PTI)