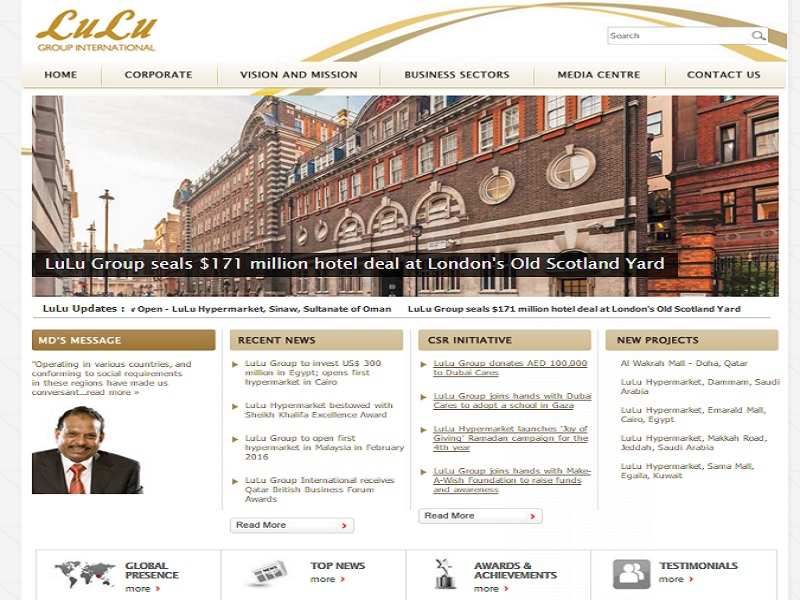 It seems has interest in the Indian market beyond Kerala, as the Dubai-based company has announced its intention to invest Rs 1,000 crore for building a convention centre, shopping mall and a five-star hotel in Lucknow.

The announcement to this effect came at the Pravasi Diwas organized by chief minister Akhilesh Yadav’s government on Monday.

"As a businessman I travel to many countries. But whether I go to Europe, Asia or far East, or in the Gulf countries, I find NRI's from Uttar Pradesh and the state of Kerala," said Yusuff Ali MA, Chairman of Lulu group who is first-generation migrant to West Asia from Kerala’s Thrissur district.

Advertisement
He said his connection to the state springs from the 2,000-plus employees from UP who work in his food processing companies.

in the state will create employment for 3,000 people, Ali added, seeking the government’s support. “If everything is ready, we promise to begin construction.”

Yadav endorsed Ali’s proposal, adding that the “government will make every effort to ensure land and any other aid is provided to him so that he can begin work”.

Advertisement
The Lulu Group primarily runs hypermarkets by the same name in West Asia. Ali made his fortunes in retail and real estate in the mid-1990s. Lulu hypermarkets and department stores have a 32% share of the in Gulf Cooperation Council countries—Bahrain, Kuwait, Oman, Qatar, Saudi Arabia and the United Arab Emirates—Egypt and Yemen. Ali has also invested in India’s retail market with a mall in Kochi, dubbed the country’s largest.

Ranked the 30th wealthiest Indian and the 737th richest person in the world by Forbes in 2015, with wealth estimated at $2.8 billion, Ali has been on an expansion spree. Last year, his company spent £110 million to buy the iconic Great building in London with plans to convert it into a hotel.