Uncleaned garbage: When Delhi was stinking, AAP and BJP were fighting 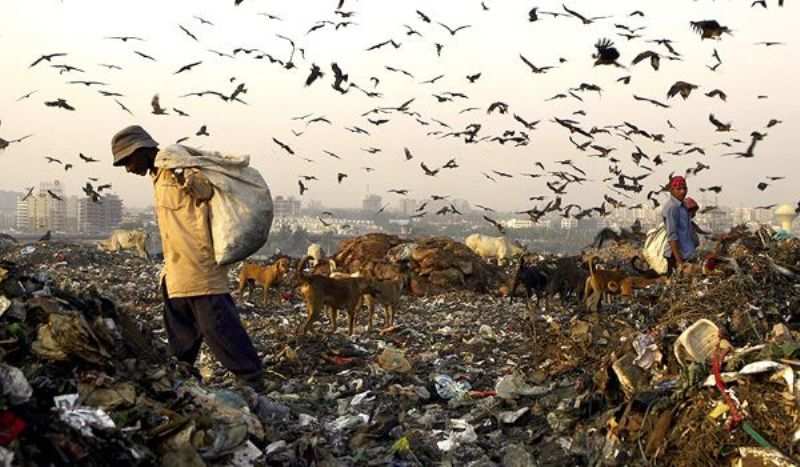 Advertisement
A tug of war on issue of ego is making East Delhi residents gasp for a breathe of fresh air. The Arvind Kejriwal-led AAP government is in a soup in an unprecedented 'garbage crisis' in Delhi. A strike by sanitation workers has turned east Delhi into a huge garbage dump over the past 10 days, posing a serious threat to people's health, as per a news report by The Economic Times.

With mercury mayhem on rise, 15,000 tonnes of waste has been dumped by the roadside and in residential areas and 12,000 sanitation workers are refusing to work unless their salaries are paid.

Intervening into the crisis, Delhi High Court has directed Delhi government to release by June 15 the salary dues of East MCD employees.
The court observed that the garbage issue in East Delhi has reached alarming proportions and directed Delhi Police and East MCD to hold a meeting for ensuring its removal.

The financial daily further reported that, Delhi L-G Najeeb Jung had met three mayors and commissioners of municipal corporations and informed them that the government of Delhi will release Rs 493 crore to pay salaries of striking sanitation workers.

Advertisement
With a hope for some political gain, Rahul Gandhi has plugged in and assured the striking workers his support. The Gandhi scion has accused both AAP and BJP of duping people.

Arvind Kejriwal had announced on Monday that his government will release Rs 493 crore to clear pending salaries of sanitation workers, doctors and teachers of two municipal corporations for April and May.

Kejriwal recently lambasted the Centre over fund allocation, accusing it of "sucking the blood" of the residents of the national capital. "I want to tell you (sanitation workers) that I get hurt when you stage protest outside my residence despite knowing the fact that there is BJP in the municipal corporations. They should stage protest outside BJP headquarters, Centre and Union Ministers," he had said earlier this week.
The workers are on a strike since June 2 to protest against non-payment salary dues, leading to piling of garbage on streets, which are causing inconvenience to residents.