Until Delhi gets its treat, here are 5 places in Gurgaon to enjoy freshly brewed beer 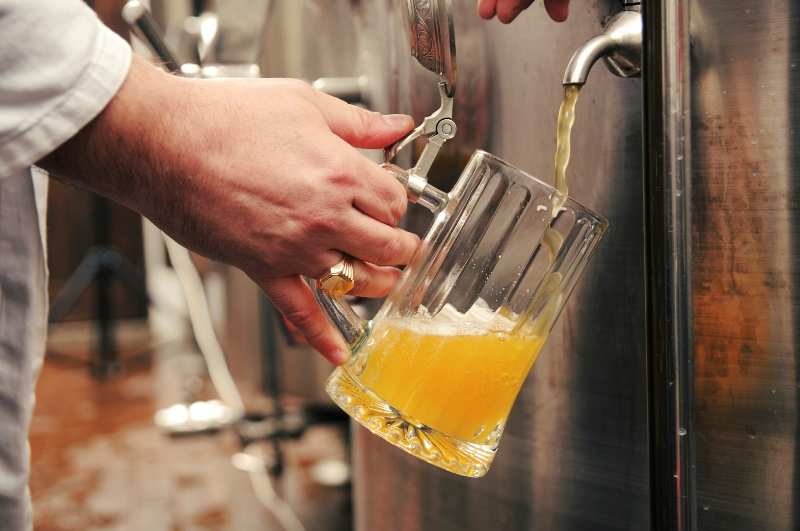 Advertisement
And then there’s this good news! Delhi will soon have its own microbreweries; thanks to Delhi government’s approval of new excise policy for 2015-16 that would allow restaurants and hotels to open within their premises.

Haryana was definitely the pioneer in steaming up the trend of making freshly brewed beer, quite the sensation these days in North India. A German born practice, microbrewery-made fresh beer hit Gurgaon and other prominent cities of Haryana almost 5 years back. Although the initial credits for popularizing the trend in India are attributed to the states of Maharashtra and West Bengal, which had approved microbrewery options to pubs way back in 2007.

While Martin Judds Microbrewery in Pune, led the race in breaking the ice between the new fresh beer and the tipplers, in Gurgaon it was Rockman’s Beer Island that made the unconventional debut of introducing the brewpub to the NCR guzzler.

The concept is finally heading to the Capital city, yet pub owners feel it would require some more time before it gets operational. Gurdeep Singh, owner of Brew Master, a West Delhi based pub told Business Insider, “ It would certainly take some more time before it can actually be made operational. There are so many paper works involved. The service charge increment was announced during the budget in February and it took more than 2 months to get it effective. I am sure this would take some time too.”

Here are 5 that you must drop by to enjoy the gourmet beer:

Howzzat
Located at Galaxy Hotel in Sector 15, this place opened to the tipplers when the concept of brewpub was in its salad days. Popular with the office crowds, Howzzat offers Googly, Doosra, Bouncer and Full Toss- all in house craft beer at a price as reasonable as Rs. 280.

Vapour
If ambience and poshness are things that matter to you, people’s feedback suggests this is the place to be. Located at MGF Megacity Mall, here the variants are limited to Vapour Light, Dark, Premium and Wheat at a starting price of Rs 199.
Advertisement

Striker
At Gurgaon’s Golf Course road, Striker is the most popular place to be. It’s popularity gives Global Foyer Mall, which houses it its identity. Available in Pitcher and Mug, crafted beer is available in the name of Mariachi Maize, Country Pilsner, Weiss Blues and Rock Bock. 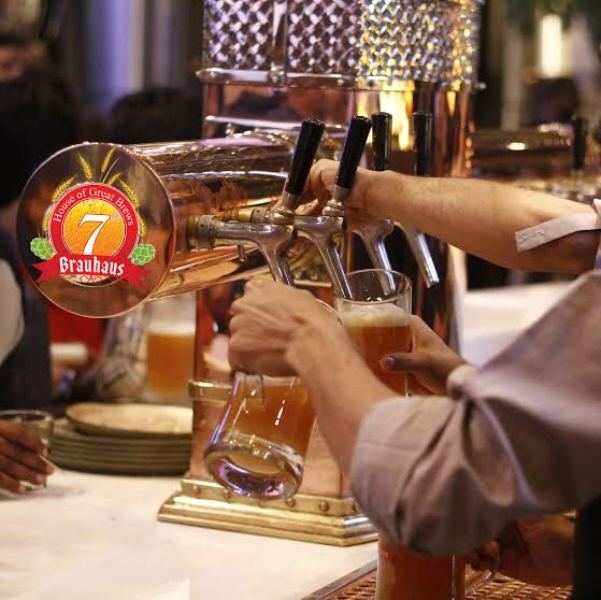 Advertisement
An authentic Bavarian Microbrewery & Kitchen Restaurant, Seven Degree in-house German Micro-Brewery Plant and machinery as an integral part of Interiors. The beer is handcrafted by the brew-master on site – hence called “Craft” beer. It offers quality, unfiltered fresh beer full of Proteins and yeast which is good for health. Set up in a 12,500 sq ft. area in South Point Mall, 7° Brauhaus’ ambiance and theme takes you instantly to the Bavaria region of Germany. The beer garden theme and decor which is a very refreshing with large Chestnut trees and brewery lay out completely bowls you over. The authentic German delicacies along with selected continental and Indian Flavors truly compliment the brewery. Variety on sausages made on live grill section, schnitzel, bread's is a specialty from the Chef's section.

Manhattan Craft Brewery
Striker and Manhattan share the same location, but its their ambience and variety that make the difference. While the offering is limited to 4 general variants of brewpubs, this place allows its patrons to sample before ordering.