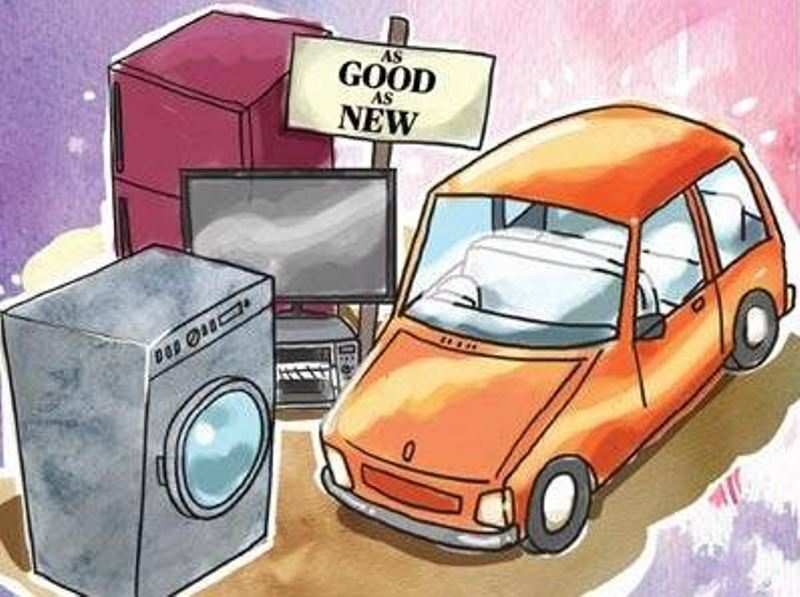 French auto major is looking at entering India. Not that the made by the auto company aren’t already plying on Indian roads. The only big factor of difference being, Renault is looking at entering a market that’s not considered a ‘hot segment’ by the rich and elite. By 2015, Renault would be doing some robust marketing of its cars not in the new cars segment, but in the huge potential area of ‘’. The segment that was not considered too throbbing till late!

Numbers don’t lie. Stats tell the market truth in a meticulous manner than the market projections or sale analysis and trend indicators do on PPT presentations made in whitewashed boardrooms.

India’s automobile industry is considered the fastest growing sector in the world. India stands in sixth position globally when it comes to . By 2020, Indian roads could well be carrying the weight of nearly 9 million new cars in addition to the billions of vehicles that exist so far.

And used car segment, which was not considered among the potential area of growth in auto sales, has silently grown a space of its own. While the rest of India was busy checking out new cars, the average Indian who saw value in used cars that were discarded after few years of use lapped them up with much aplomb. The used car sector has grown today.

Advertisement
According to some industry experts, used car market is the most promising space for auto sales in the future. In more ways than one, this segment also contributes to reducing the burden on earth, perfectly putting automobiles to refurbish and reuse, thus acting with more responsibility than the segment which opts for new cars every few years.

While customer to customer sales and small dealers still hold a large portion of car sales in India, workshops, mechanics and agents brokering the used car sales have helped the sector grow into a strong segment.

Companies such as True Value, First Choice and Carnation among others make for big players in the area. A slow economy and dim forecast for car sales have not affected the used car market in the country.

Market research agency Crisil noted way back in 2012 that used car sales would hit a good 8 million number by 2016 – 17 hitting a very positive note for the segment.

Advertisement
What has helped the second hand car sale is the good market practices, business ethics, organised players and great deal of satisfied customers who got a car of their choice across price brackets. Greater acceptance for this has come from the customers who have realised the potential of used cars which necessarily don’t burn a hole in their pocket and yet perform as good as new cars.

The stigma and prejudices attached to buying a second hand car, is giving way to a positive feeling of having made an intelligent choice over an exorbitant alternative of buying a brand new automobile. What’s more, the market does not refer to a ‘second hand’ car as one, but with the new nomenclature of a ‘used car’ that does not evoke a negative feeling of having gotten a raw deal.

The deal isn't as risky as it used to be, when people sold cars in the past after a long duration of good use. Today, with high disposable income in the hands of younger generation that chooses from a whole range of cars than before, average time that a car stays at the hands of an owner could be anywhere between 2- 5 years. High performance engines and well maintained vehicles are out in the market space again.

Another reason for the acceptance to come through is an average Indian who is well travelled, understands the significance of such sales having become more than a norm in the west. When you get a car in mint condition after a few years of good use, it is certainly an intelligent decision to make than invest a whole lot of money on the newer version of the car. Used cars are the new hot cakes of Indian auto sector.