Are Virat and Anushka getting back together, or they never really broke up in the first place? 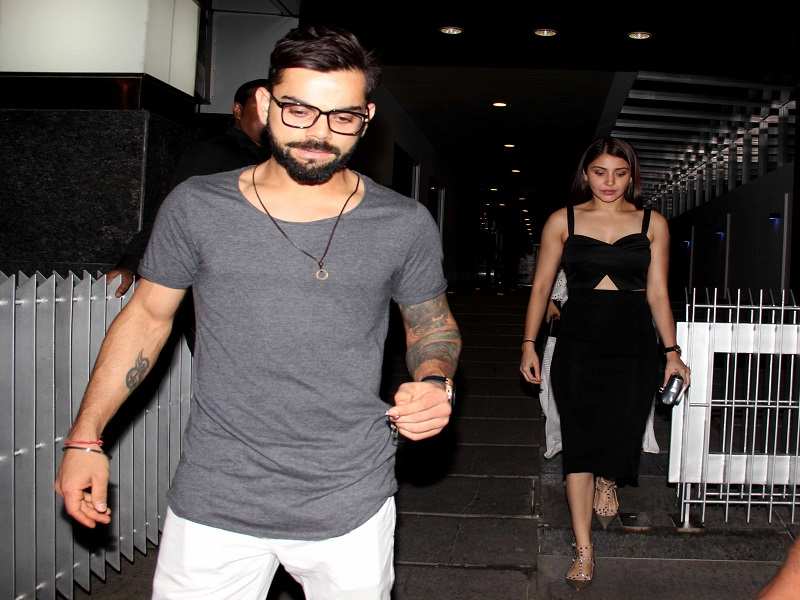 Indian cricketer Virat Kohli and Bollywood actress , both 27, who were reported to have broken up a few months back, were seen dining together at an upscale Mumbai restaurant last night. This news has grabbed the eyeballs of everyone in the country, either for good reasons or bad.

This date of sorts was preceded by Kohli’s now famous rant on social media where he called out all the ‘Anushka shamers’ for blaming his bad performance on her and asking people to respect her. He said in his post on Instagram that Anushka had always showered him with positivity. This is exactly the reason why Virat calls these online trolls uneducated and uncompassionate.

Advertisement
The long post on his social media handles had garnered a lot of attention, not only because of the hard-hitting words that the angry young man had used, but also because nowhere in the post did Virat use past tense, forcing people to think that he still is very much in love with Anushka.

Take this for example,

“If anything she has only motivated and given me more positivity.” [sic]

Advertisement
Now, Virat proved that he is a gentleman by standing up for a lady in distress, but had they actually broken up, wouldn’t the sentence require a few more ‘hads’ and ‘gaves’?

It’s quite possible that Virat and Anushka, both of whom are known to be private people, decided to take some time off each other, like many other couples with strenuous work commitments. It’s known that Anushka has been in London for the shooting of Ae Dil Hai Mushkil, and is also training hard for the role of a wrestler in Sultan, which is why, one can safely think that she just didn’t find the time to visit Kohli on the grounds or go out with him for lunches and dinners.

Now, whatever the truth may be, one thing is certain. The whole online troll thing has given their relationship a new perspective, because had they broken up, this is what has brought them back together, and had they not, this is what would have tested their love for each other, which we must say, they have passed with flying colors.