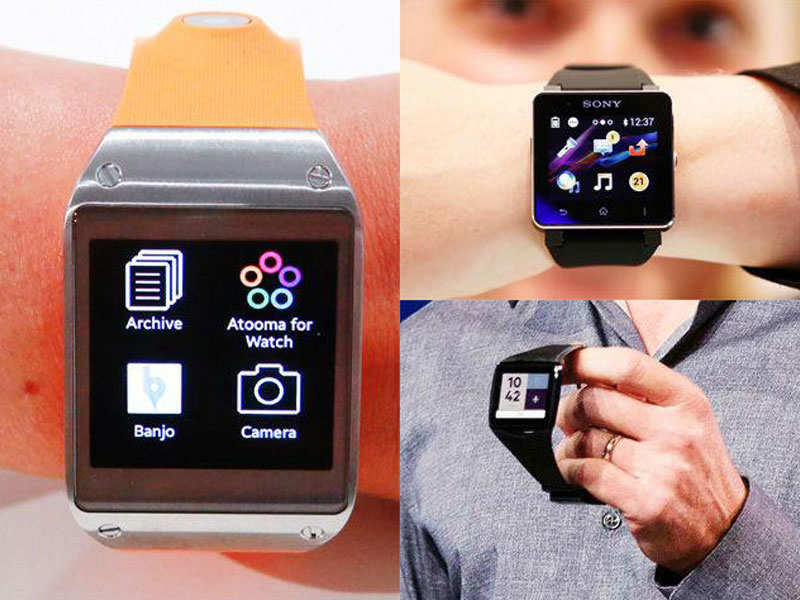 With the advent of cellphone which took on various tasks and garbs earlier this century, so many ‘essential’ had taken an early exit. But, technology is a never-satiated, ever-dynamic market that won’t ever lie low. Some of those gadgets which were forced into oblivion are making a grand come back. And how!

Some of them have already returned to the market in a new avatar, now, threatening the existence of this cellphone that has turned into smartphone. And with time, these gadgets known with the term – – will surely edge out the forcing it to reinvent itself and resurrect its need, with the new demands in the market.

We are discussing the humble watch here, which has had a serious change of objectives, which is well beyond just displaying the time. Or for that matter, a fantasy called that has broken new grounds and created new inroads into innovation triggered by flights of fantasy.
Advertisement Industry pundits are already contemplating on the competition that would be ensuing between smartphone and , ultimately benefitting the customer with the best experience and price possible. This wearable technology is certainly aimed at creating a groundbreaking experience for the end user.

Personal trainers were a fad once. But now, their place has been taken over by fitness bands which have high resilience relating to conditions of human body, and are precisely designed to meet human health needs. These bands not only keep track of your exercise routine, they can also set time, prod you to hit the gym or go for a walk and ensure your day’s calorie share is burnt without stock piling it up. Who wouldn’t want that band which is not nagging, non-intervening yet, will keep up with your exercise regime.

also more or less do the same task, but what they additionally chronicle is your sleep pattern which can provide very important pointers towards working on your health and sleep time, finally passing on the benefit to your heart, brain, nervous system and muscles.

Advertisement
Now, if you are going to opt for a smartwatch, you just don’t do limited tasks using that like check the time or listen to music. You also get to make and receive calls, send messages and receive them, record voice memos, control your television settings or set top box, and set reminders on your schedule. This is more or less like wearing a non-nosy secretary around your wrist.

A security band that looks like a fitness tracker could well be your savior at times of difficulty and threat to your safety in the next few years. Because, innovation is something that doesn’t stop at any stage; and it’s a constant process of improving something while making it contemporary and relevant.

Whether it is those innocent looking trekking shoes that can keep track of your steps and also sense if there is danger ahead, while treading on a slope, this shoe would be a better partner than the most efficiently-trained trekker. A Fin Ring can literally make gadgets dance at the movement of a finger because the gadget is enabled with Bluetooth technology. Literally, it works at your beck and call, with as much as just moving a finger!
Advertisement Fitbit and jawbones have already been tested and proven to be a man’s/woman’s best friend with their utility value to the fitness-obsessed generation.

In a recently conducted survey by a prominent corporate company, it was revealed that more than half of the people were interested in buying wearable tech gadgets for their utility.

Surely, when wearable tech enters market big time, the most convenient cellphone that was considered a boon till yesterday, would be relegated to background or be considered an appendage.
Advertisement In India, wearable tech could open a huge door of opportunities in the next few years. It is estimated that in the next 4-5 years, India could well be transacting more than Rs 200 million market size in this area.

In another survey conducted by a global outsourcing giant, more than 80% of the respondents in Indian urban areas expressed the desire to buy wearable tech, particularly in health and wellness.

This newfound passion in the marketplace is sure to keep the dynamics alive for a long time on advertising in digital platform too, taking it to next level.
Advertisement

Next StoryHere's Why The Time Is Always Set To 9:41 In Apple Ads
Popular on BI
1
How much Deloitte, KPMG, EY, and PwC accountants and consultants make, from entry level to executive roles
2
Apple and Google just got sued by the maker of the hugely popular video game 'Fortnite' over their app store policies. Here's what you need to know about the major antitrust battle it reignited.
3
I left a career in sports television to become a writer. Here's how I made the first year a success — and what I wish people people knew about freelancing.
Latest Stories
Trending News
Here's Why The Time Is Always Set To 9:41 In Apple Ads
'Alex From Target,' The Teen Who Went Viral On Social Media, Was All A Marketing Ploy
A White-hat Hacker Discovered A Dangerous Vulnerability In Three Apple Operating Systems
Popular Categories
Trending Right Now
More from our Partners