This is what first time home buyers want from Budget 2017 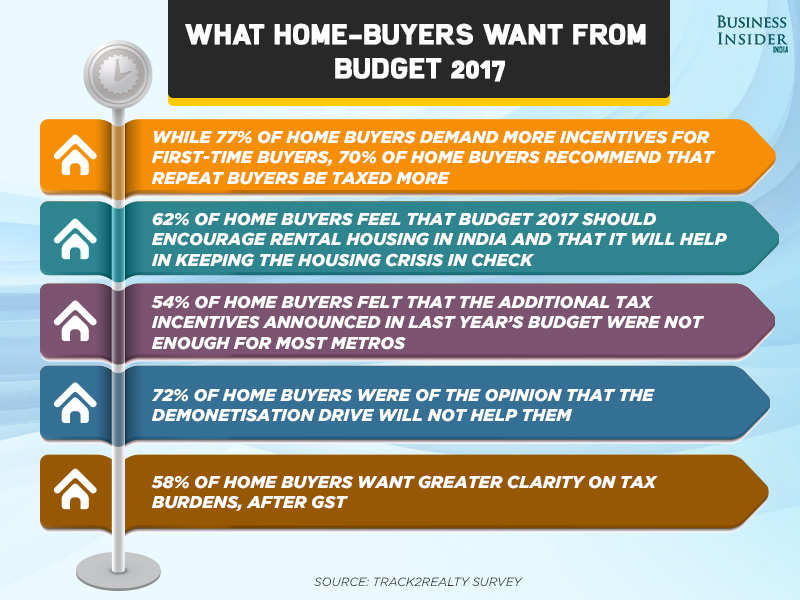 First-time home-buyers have a demanding wish-list when it comes to Budget 2017. According to a pan-India survey done by Track2Realty, a real-estate think-tank group, home-buyers want a mix of incentives and penalties to ensure the government's promise of ' Housing for All'.

conducted the survey 50 days after Prime Minister Narendra Modi announced demonetisation, in Delhi-NCR, Mumbai, Pune, Ahmedabad, Bengaluru, Chennai, Kolkata, Hyderabad, Chandigarh and Lucknow. A set of questions were given to the respondents, who were mostly first-time , among which 58% were males and 42% females.