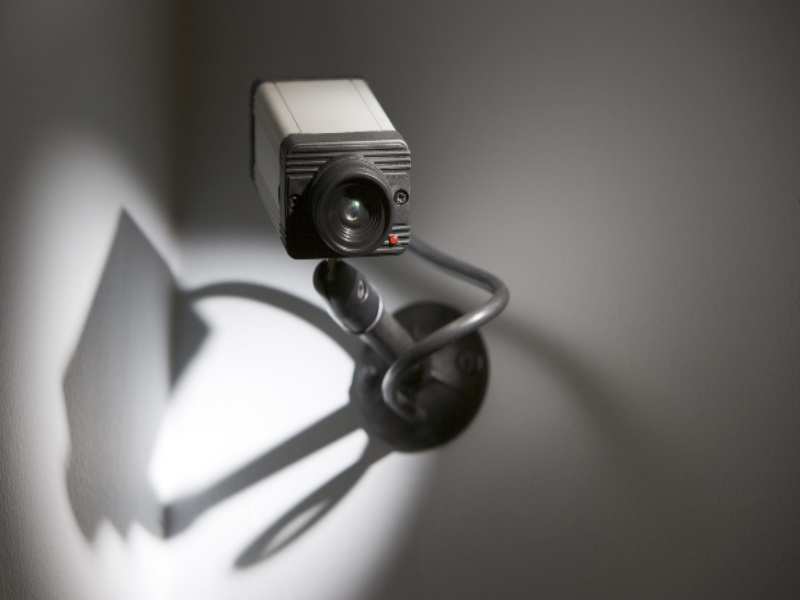 Spy agency boffins call it . But the faceless bureaucrats who will run India’s first tech-centric mass surveillance programme have come up with a catchier name for it – it is called (means the eye in Hindi).

Whatever you call it, NETRA is attracting (un)flattering comparisons with notorious programmes like the of the . That’s because the Indian intelligence agencies are going down a familiar route of scooping up every tweet, e-mail, phone call, chat history and text message out there to find out if a plan is afoot to undermine India’s national security afoot.

As a nation, Indians are traditionally blasé about being snooped upon. Maybe it is a legacy of the Colonial times when it was assumed that the British rulers would be keeping tabs on the mischief-making natives or the familiarity with India’s current political culture where parties in power regularly use intelligence agencies to swoop on their political rivals.
Advertisement

In a western democracy, allegations that a prime ministerial hopeful used government surveillance to swoop on a woman for personal/professional reasons would have derailed the person’s bid for the highest executive office in the land. In India, such matters were quickly brushed aside as part of the hurly-burly of power politics and the election outcome showed people had bigger problems on their mind.

There is also a greater desensitisation to being watched upon. Step into a mall or a multiplex and CCTV cameras are difficult to miss. Plus, gaining entry into such a public place is only possible after a security pat down from a private security person. So you are already used to being treated as a suspect.

While a Google or Yahoo! in India may complain like their western parents about government demands to part with user data, that’s just one side of the corporate coin. The other side is the opportunity to mint huge amount of money from the explosion in demand for security solutions – from the humble electronic safes to sophisticated intruder-detection systems.
Advertisement

Analysts put the Indian market for security devices in the region of $650 million. While household names like Godrej and Mahindra have subsidiaries specialising in security products, a new breed of tech-savvy security start-ups with focus on the Internet, communication protocols and data (firms such as Paladion and ClearTrail Technologies) have emerged in the country.

The Indian authorities, too, are well-versed in intruding upon the virtual existence of Indian citizens. Before he was booted out by an angry electorate, former IT minister Kapil Sibal had already incurred the wrath of an overwhelmingly young population by trying to curb their Internet freedom.

Programmes like NETRA would up the ante, both in terms of the technology they leverage for surveillance and the way they invade an individual’s private space in the virtual world. Media reports that describe the system as storing only 300 GB of data or say that the system is primed to sniff out keywords like bomb, attack or kill are quite sketchy, though. Indian intelligence agencies may underperform due to political interferences and red tapism but the people running them are smart enough to know that they will be dealing with petabytes of data and adversaries using cryptic codes and protocols to communicate their nefarious intent. That gives them the legitimate cover to look at every piece of communication.
Advertisement

Just as the true extent of the NSA’s was never known or understood by the Senate and the Congressional committees that were supposed to have control over them, it may take a Snowden-like scandal for Indians to get an inkling of Netra’s true capabilities.

As this enhanced surveillance will be done in the name of protecting India’s billions from security threats, the media may do well to focus on the stalled Intelligence Services (Powers & Regulation) Bill 2011. The bill asks for the appointment of an oversight mechanism to govern the unprecedented powers intelligence agencies and their political masters are gaining now.

Such a bill will bring India in line with the legal framework established in countries like the US and the UK. As the famous quote goes – eternal vigilance is the price of liberty. As India’s intelligence agencies make plans to watch every move made by millions, someone should be watching them.
Advertisement

Next StoryRajan Calls On Modi Ahead Of Monetary Policy Review
Advertisement
Popular on BI
1
Elon Musk's brain-chip company, Neuralink, released a video of a monkey playing video games with its mind
2
Prince Philip quote about reincarnating as a deadly virus to solve 'overpopulation' resurfaces
3
Prince Philip's death doesn't impact the line of succession since he was never going to take the throne
Latest Stories
Trending News
Buying Guides
Advertisement
Advertisement
Rajan Calls On Modi Ahead Of Monetary Policy Review
“India Must Prepare For Reversal Of Economic Slowdown,” Says Arun Jaitley
CEOs Made 331 Times As Much As Their Employees In 2013
Popular Categories
Trending Right Now
More from our Partners