What Hinders The Growth Of Robotics In India 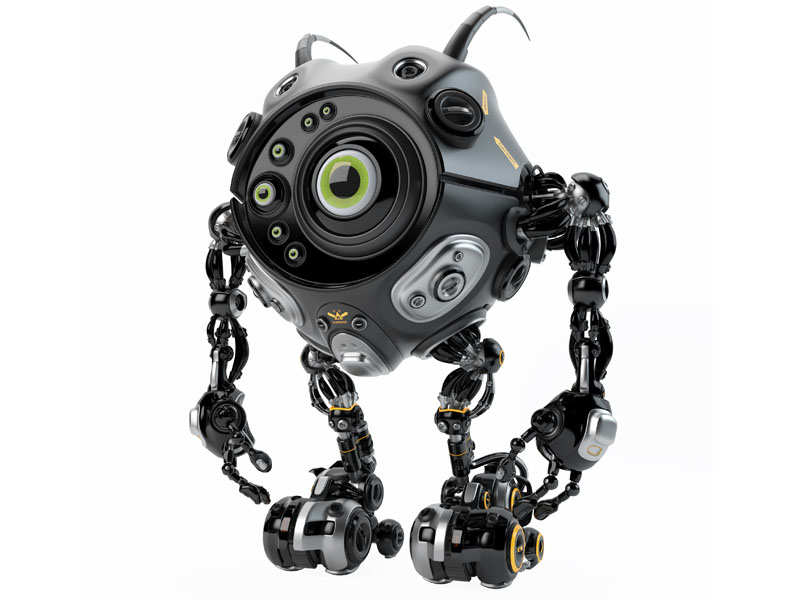 All over the world, countries are taking to robotics with full strength and might. Even the population-heavy has been working on robotics like never before. But it is quite surprising that , a country that took to Information Technology like a fish takes to water, is somewhat lagging in picking up robotics.

It has been quite a while since robotics entered the mainstream. However, is yet to wake up to the advanced trend. But what causes this lethargy, you may very well ask. Well, the answer isn’t simple or straightforward, to say the least. For one, industrialisation is not easy or commonplace in agrarian economy-centred country like . The country essentially features what the world calls an ‘old and traditional’ economy, where traditional knowledge and age-old practices are still alive to a large extent. Yet, modern economy has also remained sound and strong in this country, thanks to the large talent pool and focus on education in the recent times.

’s phenomenal success in the IT space was fairytale stuff – it was a ‘never before, never after’ kind of opportunity that the country was quick to identify and seize. The Indian government, with its futuristic approach, welcomed the new trend with open arms and created the space for IT to grow at different levels. Within decades, computers have turned into household devices and Indian professionals have managed to build up a global reputation.

Although one success should trigger another, it seems to be a different story here in . While the world has gone to great lengths to experiment with robotics and explore the possibilities of creating newer economies by leveraging the subject knowledge, ’s response has been lukewarm, at best.

In a country where education is the sole focus of almost all middle-class households who form a large chunk that leads the urban economy, any futuristic discipline with application possibilities at industrial level should be lapped up eagerly. Nevertheless, robotics hasn’t quite taken off here.

Of course, there is a school here and a summer camp there talking about robotics, and there is one dedicated institution teaching the discipline. But it is yet to gain a comprehensive outlook in . The industrial scope and application seem a distant possibility as the human-resource rich doesn’t see, at least not on its own soil, the chances of robotic knowledge becoming a part of human existence.

To begin with, we still require an organised effort to integrate the discipline into our current education system. There is hardly any vocational course dedicated to teaching robotics at school/college level. Engineering graduates cannot opt for robotics as a separate stream, but can choose to specialise in it after graduation. And that is a real downer. The Indian Institute of Robotics is probably the lone dedicated institution for the development of this discipline. But just one facility can hardly meet the requirements of the growing population of young people who are willing to explore new avenues in this space.

In contrast, new openings have come up in sectors such as transportation, defence & security, weather and environment, artificial intelligence, mobile OS and home applications, especially when it comes to providing support to the aged/terminally ill/people with special needs.

’s strategy for industrial development has witnessed a paradigm shift since 1991. Employment generation and disbursal of economic benefits across the classes not covered by the progress indicators have been the main concern. With the focus on manufacturing, is looking at pharma, biotechnology, infrastructure and food processing as the main areas of investment and growth. Although robotics can well be a beneficiary of the growth curve, along these sectors, the most tangible reason as to why it may never happen in the near future is anybody’s guess.

Employment generation for the growing urban population, along with controlling migration from rural areas as people move to cities in search of livelihood, has many repercussions on the urban landscape. Consequently, the authorities have been spreading out industrial corridors and SEZs in areas where progress has remained a mirage. One application of robotics is the production of high-efficiency robots and those can be leveraged for a longer period of time to enhance productivity. But then, the government will have to come up with the right strategy and create livelihood options for all those people who would be displaced as a result of ‘robotisation.’

This is the real crux of the problem. Another issue that has been bothering every other sector is ‘zero’ government backing. The Indian government is treading with great caution in this industrial biosphere and would not want to upset the applecart when it comes to ‘human first’ policies.

As of now, interest in robotics is a personal choice and individuals are focusing more on the self-discovery methods in order to make significant progress in this field. This is the same learning curve that propelled IT to a position of strength in . And a similar approach may ensure growth in the robotics sector well, especially with the government’s encouragement.