What trade war? How China and US bonded over soccer and nuclear energy's 'grassy mode'

SCMPJul 12, 2019, 23:46 IST
At a time when growing US-China tensions on trade-related issues have created complications for scientific research, teams of physicists from the two countries are putting such rivalries aside to develop the clean energy of the future.

Whereas some Chinese scientists are experiencing greater difficulty in getting a US visa and Washington is banning the transfer of many technologies to China, fusion - a power source often referred to as man-made sun - has brought the two sides together.
Teams from both countries are working together to make significant progress in controlling fusion's considerable power, as well as playing soccer together, according to scientists involved.
Advertisement The world's two largest economies are major contributors of knowledge and finance for the International Thermonuclear Experimental Reactor (ITER), the world's first fusion reactor, which is under construction in Europe. 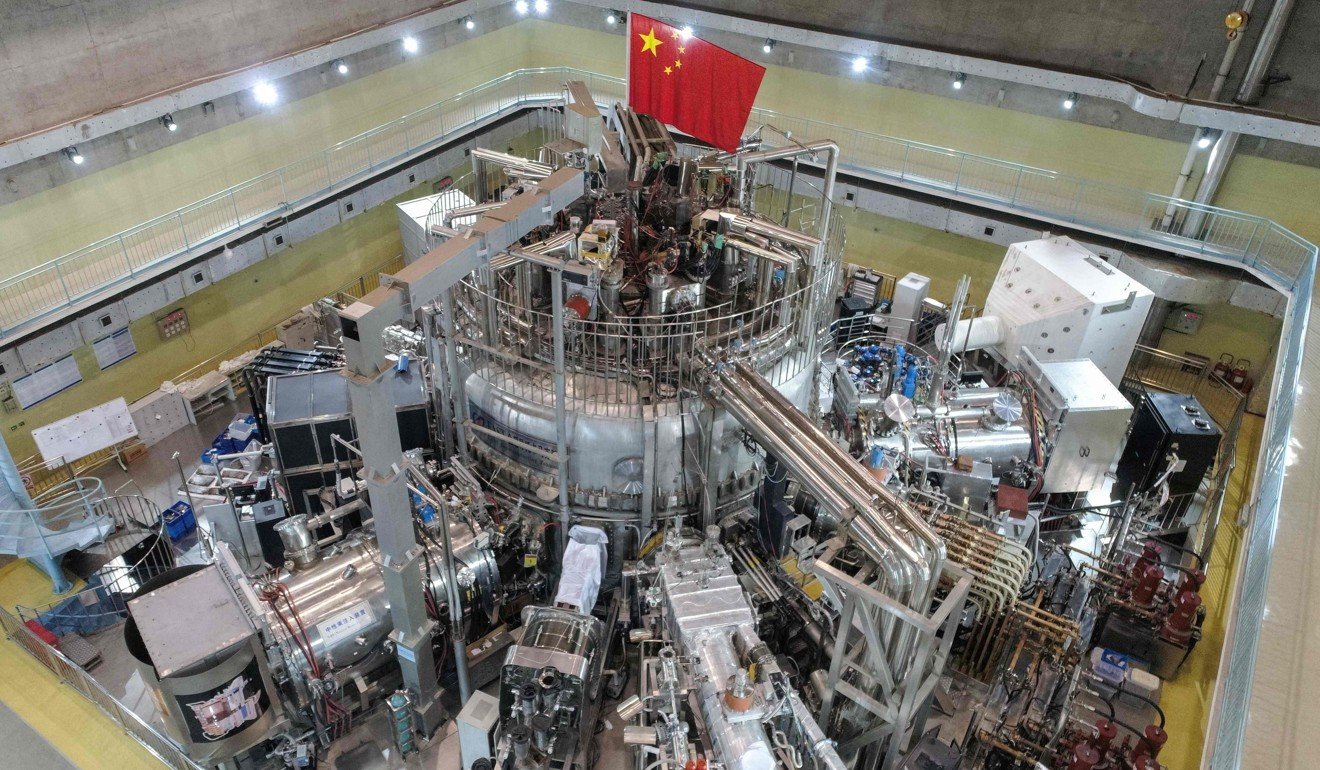 Both countries are considering building industrial-scale prototype reactors to test the applications of fusion - power generated by blending hydrogen atoms in plasma, an extremely hot gas, in a chamber 10 times hotter than the core of the sun.

Advertisement
And now, for the first time, Chinese and American physicists have managed to confine plasma in a powerful magnetic field and prevent it escaping, according to a paper they published in the latest issue of journal Physical Review Letters.

This could solve a major problem in the construction of fusion reactors, which could use the technology to produce an endless supply of clean energy.
Occasionally the hot gas can erupt and break free from its magnetic prison, which would cause severe damage to a reactor.
Advertisement At the Experimental Advanced Superconducting Tokamak (EAST) facility in Hefei, in the southeastern Chinese province of Anhui, the joint research team came up with a new technology to reduce the energy intensity of the heat pulses to a fraction of what they had been.
This meant the pulses would occur more frequently but not reach far enough to risk burning the reactor wall. The scientists have dubbed this controlled state "grassy mode".

The unprecedented experiment in Hefei was carried out by the Institute of Plasma Physics, part of the Chinese Academy of Sciences, with three fusion research entities from the US: the Lawrence Livermore National Laboratory, General Atomics and Princeton Plasma Physics Laboratory.
Advertisement A lead scientist in the study, Professor Xu Guosheng - director of the tokamak physics division at the Institute of Plasma Physics - said the achievement was a result of long-term collaboration backed by the world's two most powerful governments.

"We have been working very closely for decades. [The US team] just came over and played soccer with us," Xu said. In May, China and the US marked the 30th anniversary of fusion research collaboration in Hefei, and the celebration events included soccer matches.
The trade war "has not affected us at all", he added.
Advertisement Next month, a team of Chinese fusion experts will go to San Diego, where part of their mission will be to replicate the experiment on the DIII-D, the largest magnetic fusion research facility in the United States. If that is successful, the "grassy mode" may become a standard protocol of operation for all fusion reactors in the future. General Atomics, a contractor operating the DIII-D facility for the US departments of energy and defence, confirmed the collaboration.
Advertisement "The research teams on EAST and DIII-D actively collaborate on fusion research topics," the company said in a statement on Thursday.

"These collaborations have benefited the fusion energy communities in both countries, with DIII-D receiving new hardware built by the Chinese, EAST researchers receiving dedicated experimental time on DIII-D to carry out targeted research, and both teams working together on experiments on DIII-D and EAST," the company said.
It is highly unusual for a major US defence contractor to hail a Chinese-American collaboration. General Atomics develops and produces a large number of cutting-edge weapons, such as railguns, laser weapons and some of the world's deadliest drones, including the MQ-1 Predator and MQ-9 Reaper.
Advertisement The company said the China-US collaboration was part of a much larger global fusion research programme involving more than 40 nations, to develop the physics basis for fusion as an energy source. This global partnership has been active for over 60 years since the declassification of magnetic fusion research in 1958.
"Within this global endeavour, the EAST/DIII-D collaboration continues to be highly productive in delivering important results and numerous scientific publications," the company added.

Broader developments between the two countries had threatened some of their scientific collaborations.
Advertisement While their Chinese counterparts working in the US have been encountering visa complications, some American scientists with ties in China have faced investigation in the US, with some losing their jobs at unusually short notice.

Last August, the White House initiated a strict ban on the transfer of nuclear-related technology to China, and some joint ventures - including Bill Gates' plan to build a new type of nuclear reactor in Tianjin, in northern China - were put on hold.
Professor Chen Yiping, another fusion scientist with the Institute of Plasma Physics in Hefei, said the achievement of "grassy mode" was an important step, but there were many other challenges ahead.
Advertisement The EAST facility, for instance, holds the world record for the longest plasma burning, at 100 seconds. The DIII-D facility can maintain burning for only 10 seconds. A commercial fusion reactor, though, would require continuous operation for years or even decades, according to Chen.
"Fusion is an uphill battle. The only chance to win is to unite as many talents and resources as possible," he said.

Professor Xu said China and the US would "certainly" compete on fusion energy in the future, when the technology becomes ready for commercial applications.
Advertisement "But that may be decades away," he said. "Until then, we will remain partners."