What’s this one thing startups and angels are complaining about after Mr Jaitley’s Budget? 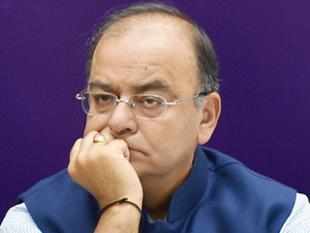 Even as the overall mood is upbeat after the Budget, there’s something that has left both the and angels in the country feeling irked. Both have different reasons for their worries.
Advertisement

The Angel community, although happy to see startups get 100% exemption for 3 years on profits, feels the Budget should also have ended the unfavorable treatment in investments made in unlisted companies by Alternative Investment Funds and Angel Groups.

Currently, pay a much higher tax on capital gains while taking a far higher risk as compared to publicly traded shares. Investments in unlisted companies or startups is taxed at 33% for short term and at 20 per cent for long term capital gains, with the holding period for long term capital gains as 3 years. In this Budget, the government has lowered the period from 3 to 2 years. Still, investors feel this anomaly can make the sector look unattractive at a time when investing in startups is already considered a risky bet.

“We would have benefitted if capital gains tax regime for unlisted companies was aligned with that for listed companies. This would end the discrimination against domestic venture capital funds as foreign funds anyway pay no capital gains tax by investing from Mauritius and other treaty friendly countries,” said , a serial entrepreneur, angel investor and VC.

Another angel investor Padmaja Ruparel said: “Capital gains Tax exemption in regulated/ notified fund of funds, lowering the period from 3 years to 2 years for Long term Capital Gains in unlisted companies, of Rs. 1000 cr, one day registration process for start-ups will all help to boost innovation and incubation. But, we had hoped that treating investments by AIFs and angel groups in unlisted companies would be aligned with the public market equity tax regime.”

Advertisement
Meanwhile. Startups were expecting more radical reforms in the Budget. “We welcome the the three-year tax holiday, but the fact that the Budget has retained MAT negates much of the advantages, as we have cash-flow problems in initial years," said Ravi Gururaj, chairman of Nascomm Product Council.
NewsletterSIMPLY PUT - where we join the dots to inform and inspire you. Sign up for a weekly brief collating many news items into one untangled thought delivered straight to your mailbox.
CAPTCHA: