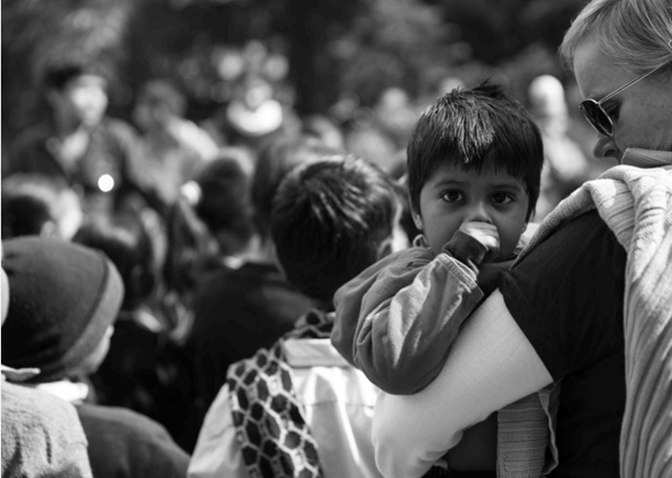 When we think of CEOs- the people behind successful companies, what we imagine are individuals dressed in expensive suits attending business meetings and answering numerous phone calls, and while this is true- the scene that greeted people on August 6 was slightly different.

There were no meetings or suits. But, in attendance were 17 CEOs representing the country’s leading organisations, ready to sing their heart out.

As part of the 17th edition of ‘,’ ’s annual fundraiser, the participating CEOs let out their inner singers to raise money for unprivileged children.
Advertisement

Each year, CEOs Sing For GF Kids gives corporate leaders a chance to take time out from their hectic schedules to step out of the boardroom and get on to the stage to showcase their talent.

The event which saw over 150 guests in attendance at Crowne Plaza in Gurgaon had a minor technical glitch- but even that wasn’t enough to deter the big-hearted CEOs who ensured that the guests were entertained throughout the evening.

Starting off was , the Head of Operations, McKinsey Implementation Practice and McKinsey Capability Center (MCC), India who set the melodious tone for the rest of the evening with his medley of songs. Following him was a tough act but , the President and CEO, GE South Asia was not one to say no to a challenge. His beautiful rendition of the ‘’ captivated the audiences. P Balaji, Director, Regulatory & External Affairs & , Vodafone India’s medley of Hum Kissi Se Kam Nahin also stood out, among others.
Advertisement

Amidst the other performances, the corporate honchos also found time to come together and sing a couple of songs that had the crowd hooting and cheering. Infact, a number of CEOs claim that they have managed to revive their musical side in the past few years thanks to Genesis Foundation’s annual fund-raiser.

Genesis Foundation was established by , principal and founder, , to provide medical aid to critically ill children in the areas of cancer, cardiac disorder, post organ transplant, thalassemia and extreme deformities. Since its inception, the Foundation has supported nearly 1000 children in need of medical aid and support.

“It brings nothing but happiness and true meaning to our cause knowing that we have had yet another successful CEOs Sing for GF Kids. The work, dedication and love for music, that brought together the CEOs, the audience and our team at Genesis Foundation is what makes evenings like this so magical and memorable. Ultimately, the aim is to financially support as many critically ill children as we can, and what better way to do that than with such evenings!” said Prema Sagar, Founder Trustee, Genesis Foundation.
Advertisement

In keeping with the Foundation’s goal to build a participatory culture of giving, musically-inclined CEOs come together regularly to perform at these fund-raising concerts.

Image credit: Genesis Foundation
.
NewsletterSIMPLY PUT - where we join the dots to inform and inspire you. Sign up for a weekly brief collating many news items into one untangled thought delivered straight to your mailbox.
CAPTCHA: