When It Comes To Jackpot, No One Gets The Moolah 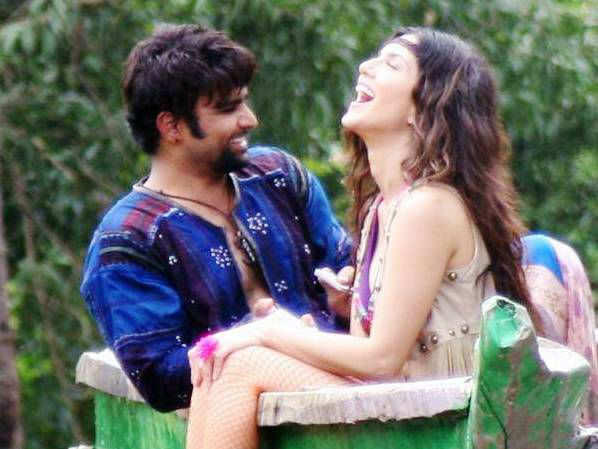 It never rains but it pours – so the saying goes. And the adage came true on Friday the 13th as it saw a couple of opening and the release of a third one ( ) getting postponed due to technical reasons. However, none of the two movies has managed to make the cut at the after Day 4.

Let’s begin with the most touted of the lot – . As the name suggests, the story is all about a (in Goa) and crazy rushing to pinch the , interspersed with comedy one-liners, a good dose of skin show and an extremely predictable plot. Starring , and the veteran (the Boss), the has a total of around Rs 6.4 crore till December 16, and the numbers do not augur well for director . It’s his fourth film, the earlier ones being , and .

Critics, too, have flayed the flick unmercifully, mainly due to the absence of wit, thrill and suspense. Subhash K. Jha of SKJ News has given it no stars and says, “Jackpot is with twists in the tale.” Reagan Gavin Rasquinha of Times of India has given it 2 stars out of 5 while Shubhra Gupta of Indian Express has decided on a 1/2 star only. Avad M of Bollywood3 has rated the film 1.5/5 and stated that Naseeruddin Shah is the only saving grace of this movie as he is brilliant as the .
Advertisement

The music is praiseworthy, though, but the whole exercise puts a big question mark on the theme and the lead actors. Why do have to be inane, completely lacking that which chills your bones without being explicit? As for Sunny, she has graduated fast from an to a , but has a long way to go if she really wants to impress cine lovers. Sachiin has, however, a better exposure here. His earlier two outings – Aazaan and Mumbai Mirror – were big flops. Aazaan, a 2011 action starring Sachiin and South African Candice Boucher, had a collection of Rs 4.2 crore, against a budget of Rs 37 crore. Mumbai Mirror, a released in January this year, was again a disaster at the box office.

in troubled waters
We thought this one might have an interesting storyline evolving around . Ageing, divorced and suspicious, (Dimple) is too much in love with her and . And she turns out to be the grumpy old Delhi ‘mausi ji’ you meet almost every day. But when Sudha goes to visit her son for a month and her house is left in the care of her niece and her fiancé, they soon find others to do the chores and those others find some more people and the whole thing goes on…

Advertisement
All this is funny at first, as you may guess, but reeking of confusion and extremely haphazard at a later stage as more and more characters flit in and out of the house, all with some personal agendas. There’s no sparkling wit here or the softening grace of humour that makes classic comedy. So it’s no wonder that the BO numbers are really down – just Rs 2.9 crore after Day 4. This is the second flick by director after his debut film , an underwater movie shot in .

What The Fish has opened to some mixed reviews all over. Neha Gupta of Bollywood3 says that this is a novel concept and also lauds Dimple as absolutely brilliant. There are sight gags and a free-flowing style that leaves enough room for irreverent jokes. But the movie still lacks a strong binding thread and spirited performance that could have buoyed up this kind of disjointed comedy sequences. You fail to appreciate the many characters and the entire movie feels too episodic, instead of being a cohesive whole.

Image: Indiatimes.com
NewsletterSIMPLY PUT - where we join the dots to inform and inspire you. Sign up for a weekly brief collating many news items into one untangled thought delivered straight to your mailbox.
CAPTCHA: