Why can't Bollywood have Meryl Streep like opinions on its award ceremonies? 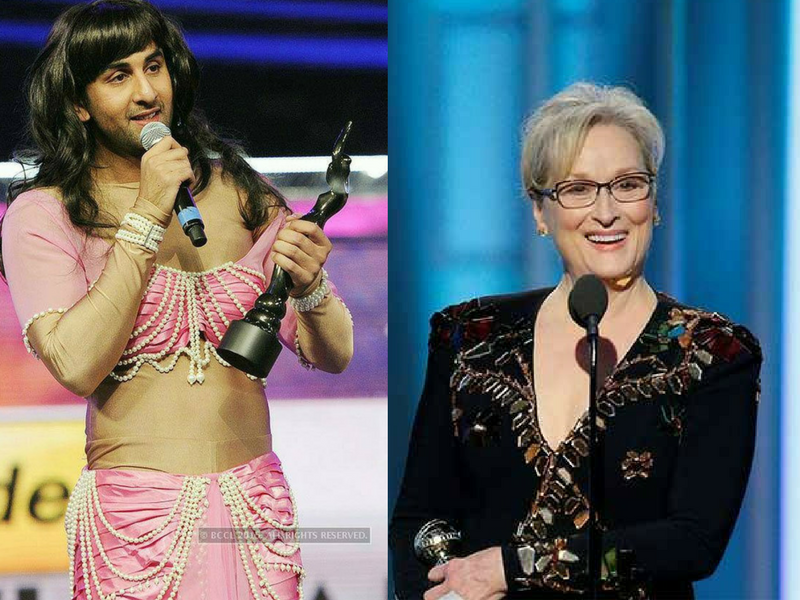 Golden Globe&rsquo;s award ceremony yesterday started as any other award ceremonies. What made it different this time was the speech by . She has been awarded for a lifetime of notable work. In her speech, while receiving Cecil B. DeMille Award, took the opportunity to take a dig at the US President elect , who had earlier mocked a disabled reporter during his campaign period. The victim is reporter , suffering from a condition that affects his joint movements.

In her powerful speech, Streep said, &quot;It was that moment when the person asking to sit in the most respected seat in our country imitated a disabled reporter. Someone he outranked in privilege, power and the capacity to fight back.&quot;
TOP VIDEOS FOR YOU

Hours after her speech, she was trending throughout social media and netizens applauding her bravery. Some even went further to question why can&rsquo;t award nights be this gutsy!
Advertisement

If you have seen any of the award ceremonies in Bollywood, mostly conducted by the media houses, you won&rsquo;t believe your eyes, if you are watching someone getting appreciated for his/her contribution to films or is it a circus happening without the ring master. Hindi film industry is synonymous to national entertainment. And same rule applies for its award ceremonies.

But again, compared to the internationally acclaimed award ceremonies, Hindi film award shows are way different. In an interview last month, actor said, &ldquo;One camp announces the award, another from the same camp receives it while a third one from their camp sits in the audiences and claps vigorously.&rdquo;

If we have been fumbling to clarify, this man has driven the nail home.
Advertisement

who has hit the headlines recently, thanks to his tell-all book would never open up about socio-political scenario of the country. Is it too much to expect from an ace director, blessed with eloquence? We have got the proof when Pakistan actor starrer &lsquo;Ae Dil Hai Muskil&rsquo; was released.

Last month, Shah silently settled issues with MNS who is not even in power in &ndash; all because his upcoming movie &ldquo;Raees&rdquo; stars Pakistan actress in it. And nobody knows it better than Khans in India, how difficult it is to appease the people of India. One instance of being misquoted and you are lost for eternity from the hearts of the people. Remember , who one quote was misinterpreted out of proportion.

Before we ask our actors to speak revolutionarily, more education is needed for the countrymen and the people who run the nation. We need to be more receptive to views that we don&rsquo;t agree to and stop interfere in other people&rsquo;s matter. And after we have successfully achieved the level of &lsquo;tolerant&rsquo; Indians, we can ask the taxpaying actors to be our perfect role models.
NewsletterSIMPLY PUT - where we join the dots to inform and inspire you. Sign up for a weekly brief collating many news items into one untangled thought delivered straight to your mailbox.
CAPTCHA: