Why Crimean Crisis Matters To India 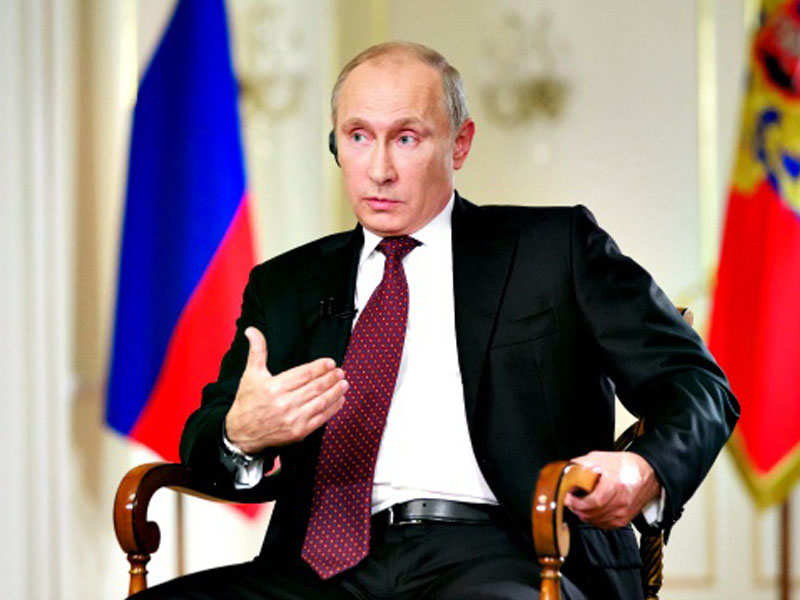 Power play by has grabbed the global attention yet again. The Ukrainian crisis, particularly the seizure of the in southern by Russia, is getting more critical every day, with no easy solution in sight. But should it matter to India? And if it does, what would be India’s reasons for getting involved in the crisis, which has been on since centuries, exploding out of control every now and then?
Advertisement

The international Press, which is closely observing the civil war that broke out in since the end of last year and proceeded well into the first quarter of 2014, predicts that Crimea, the now autonomous republic within Ukraine, is all set to break away from Ukraine sooner or later. The nearest date for this could be March 16 when the people of the republic will vote to decide whether it wants to remain a part of Ukraine or be independent and join the Russian Federation as a federal subject. In all probability, Crimea will vote for the second option instead of staying on with Ukraine.

The ongoing crisis creates a rather sticky situation for the US, which is in a diplomatic soup regarding Crimea, especially after Russia’s imposition on this republic, citing ‘guarding the safety of ethnic Russian people’ living in that small nation by the Black Sea. India has treaded rather cautiously on the issue. The US, for its part, already said it would not recognise the referendum, whatever the outcome might be, and would take further steps against Russia at international forums, should the latter use the referendum to further its interests.

When two arms manufacturing powers are locked in an argument, India chooses to remain non-committal. Only when the country runs short of options, it does react after cautiously weighing all pros and cons. in Crimea and Ukraine is not an exception either. Weeks into the crisis, India has never made its opinion known to the international community. China has not minced words and stood by Russia in its decision to ‘safeguard’ Crimean interests. But India has chosen to toe the line only now.

The reason is simple. Russia has been a key ally of India and has stood by the country post 1998 after India conducted its nuclear tests in dunes of Pokhran. Russia’s (former ) backing goes back to early 1970s when the Indo-Pak war took place and Bangladesh (earlier, East Pakistan) was born.

Advertisement
As Russia and India had been close allies for years and the latter had hugely benefited from the bilateral relations, India cannot be a mere onlooker now. With Russia about to recover its global position of strength and India looking for strong and strategic partners with whom it can further strengthen bilateral trade, a good relationship with Russia will continue to yield better results. Moreover, when one considers India’s demand for resources increasing with every passing day and the need of developing countries to trade with their strongholds to make ends meet, the logic becomes clearer.

When one looks at the trade relations between India and Ukraine, under which Crimea is legally an autonomous republic till it decides otherwise, the numbers don’t look too impressive – up to $3.1 billion as of now. However, several MoUs have been signed between the two, spanning diplomatic relations, air service, defence, education, culture, tourism, sports, etc. Also, over 4,000 Indian students are studying at various universities and educational institutions in Ukraine.

Incidentally, the then Ukrainian Viktor Yanukovych visited India in 2012 to strengthen trade relations between the two countries. Although the value of trade between the two isn’t very high, it covers a number of strategic areas such as nuclear, space, economic, defence, science and technology, which will help propel India’s growth.

What really matters is the agreement between two countries in the field of agriculture, health and counter-terrorism efforts. For India, where villages abound and agriculture is the main occupation, it makes sense to protect the interests of a country that provides a robust fillip to that field with fertiliser supply. For the sake of record, Ukraine ranks as one of the major producers of fertilisers and India is one of the leading importers of this product.

Advertisement
Although China, after communicating with key EU leaders, decided to limit its role on Sunday and said a politically viable solution must be reached in Crimea, the Middle East will continue to burn for some more years, placing India in a quagmire of tricky international relations.