Why days of petrol-driven cars are numbered 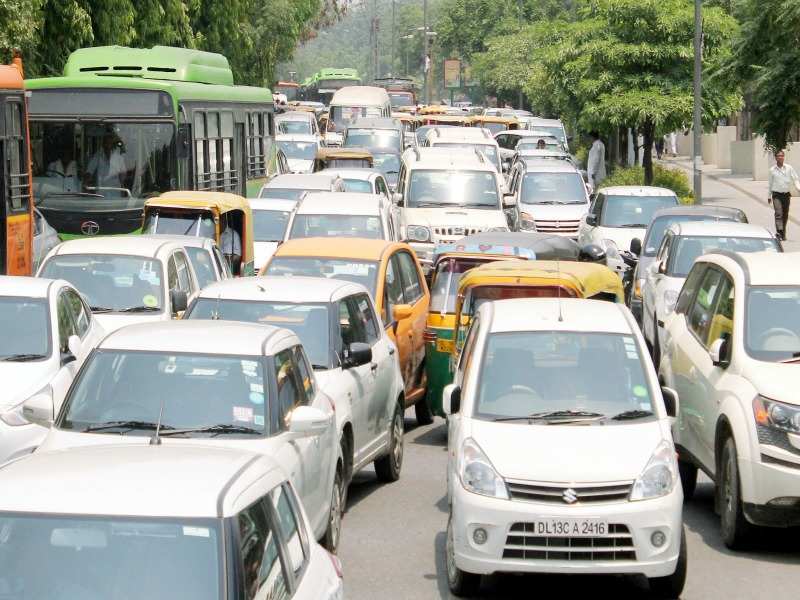 However, Apple is yet to announce that it is working on a vehicle, formally.

Meanwhile, The Wall Street Journal reported that Ford and Google were in talks to form a joint venture for launching autonomous driving cars. The deal would see a new company created in which Ford would develop software and systems for automotive components, while Google would focus on the master self-driving software, leveraging Ford’s strength in making cars and Google’s experience in putting together a self-driving fleet.

These developments hogged limelight against the backdrop of an ongoing search for an alternative to fossil fuels—essentially petrol, diesel, LPG and CNG—that are currently used to fuel vehicles all around world.

Fossil fuel has already proven to be unsustainable given its huge impact on the and the fact that Earth’s atmosphere is fast depleting due to carbon emissions. So the question is: What’s next?

Advertisement
When it comes to alternatives, there have been two camps advocating different approaches. On one side is a bunch of behemoths in car making: Japanese giant Toyota; its domestic rival Honda; and their Asian neighbour that are betting big on hydrogen fuel cell vehicles, popularly known as (FCEV). On the other side are those who cite (EVs) as a sustainable and scalable alternative and are convinced that vehicles powered by batteries represent the future, led by and Nissan boss Carlos Ghosn who has been betting on lithium-ion batteries.

Hydrogen fuel cells were invented in the 1880s; they work by mixing outside air with the hydrogen they carry in pressurised tanks where electricity is created in a chemical reaction, with the only waste product being water. This electricity is used to charge a battery or drive electric motors to power the car.

Toyota has already spent billions into research to manufacture Mirai, its first car, powered by a hydrogen fuel cell. Hyundai’s ix35 and the Honda Clarity are also on the road.

Hydrogen’s edge is that as a fuel it is similar to petrol in the sense that it takes a few minutes to fill a tank. It also offers a long range—Mirai runs 350 kms on a single charging. Long range is the major advantage of FCEVs over EVs despite their size and weight—Mirai is nearly 5 metres (16 feet) long and weighs more than two tones.

However, fuel cells have a problem—they are very costly, though with Mirai, a family-sized car, Toyota has managed to bring the price down to around $60,000. Developing the infrastructure to support hydrogen—creating enough gas, transporting it and building a network of filling stations—is also a huge task.

Advertisement
Storing enough alternative fuel onboard to give the car the kind of range consumers expect, without compromising passenger or cargo space, is also a challenge. There are also concerns as to how safe hydrogen as a fuel is.

Despite the challenges, Toyota plans to deliver more than 30,000 FCEVs within five years. This would involve networks of hydrogen filling stations, which can generate the gas through renewable power such as wind turbines.

Germany plans to build a network of 500 hydrogen filling stations, pointing to the possibility that infrastructure to support hydrogen-powered vehicles can be built once a critical mass of FCEVs are on the road.

However, the wait for mass-produced FCEVs can be really long—just 700 Mirai units will be made this year; if you order one now, it may not arrive before end of 2018.

In contrast, EVs are much more accessible—if you want a battery car, there is much more choice and it is cheaper compared with an FCEV.
However, there are hiccups—EVs powered by batteries have shorter ranges and charging them takes longer—as long as an hour—though introducing the infrastructure to support battery charging less challenging than that for FCEVs.
Advertisement

However, the delay is getting EVs charged is being addressed and many EVs now sport comparatively lesser charging time—for instance, Nissan’s Leaf needs less than 30 minutes to get fully charged.

Also, unlike home electricity supply (which runs on 110 or 240 volts AC), quick charging stations supply 500 volts DC at a much higher current of 125 amps. Prices of EVs are also falling—you can get the Leaf for around $26,000 now.

Resultantly, EVs are gaining momentum. Last year, BMW launched i3. Renault's Zoe model offers a more affordable option. Mercedes and Volkswagen, besides Ford, are following suit their own battery electric vehicles. This is in addition to Tesla S, the most expensive and luxurious battery car so far.

The Tesla also has a range of more than 400 km on one charge. Besides there more ambitious EV manufacturing startups, including China-based NextEV, which recently roped in former Cisco CTO, and US-based, Chinese-backed Faraday Future which is investing more than $1 billion to set up its manufacturing facility for EVs.

While the debate over FCEVs versus EVs is likely to continue till technology and innovation make the answer clearer, a mix of both technologies would provide a feasible alternative to gasoline—use battery range to start and then rely on hydrogen range for the long haul.
Advertisement

Beyond the nitty-gritty of which of the two alternatives holds an edge, the more encouraging fact is that use of fossil fuel to drive vehicles is increasingly seen as unsustainable. As countries world over are coming to grips with the perils of , it appears that the days of gasoline-driven vehicles—a major contributor of carbon emission—are numbered.