Why Iran nuclear deal may lead to windfall gains for India 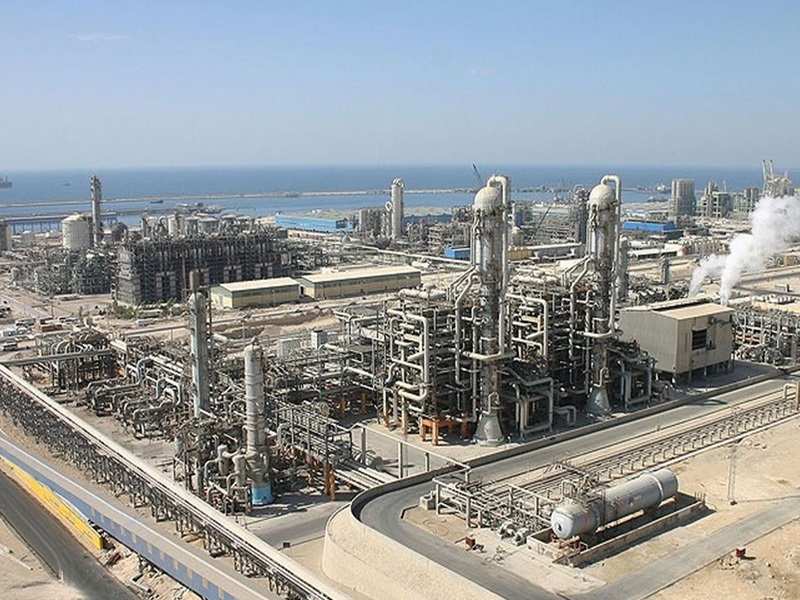 The recent pact between Iran and the US, along with the (EU) and other western countries, is hailed as US President ’s biggest diplomatic victory. The western countries have managed to coerce Iran to agree to a deal that is seen as the once-belligerent Tehran conceding defeat in its efforts to combat the US’ attempts to strangle it economically for nursing nuclear ambitions.
Under the deal, Iran has agreed to limit uranium enrichment to only one facility by:
More importantly, it has acceded to a rigorous inspection of its nuclear facilities in return for lifting the US, EU and UN sanctions. While the deal—started after the election of as Iranian President in 2013 and mediated by Sultanate of Oman—helped restore between the US and Iran, which have been hampered since the 1979 Iranian Revolution. It has significant implications for countries in Middle East and Asia, especially India.

As a major net importer of oil, India has already benefited from the US-led nuclear deal with Tehran. Oil prices have declined in recent days, driven largely by expectations of more Iranian crude hitting the market (India saves nearly $1 billion in import costs for every dollar drop in global crude prices).
Advertisement

In fact, India has been preparing for the deal—Prime Minister recently met with Rouhani on the sidelines of the summit in Russia’s Ufa, where he invited Rouhani to visit India and expressed his desire to visit Iran. His desire to travel to Iran is seen as part of a calibrated strategy to visit the Middle East neighbourhood, including Israel, Palestine, Jordan and Turkey, in the second year in power after visiting countries in the immediate neighbourhood and Asia-Pacific besides partner countries within a year of coming to power.

The US-Iran deal will have significant impact on the energy and economic ties between Indian and Iran as India continues to be the world’s fourth largest energy consumer and imports more than three-quarters of its oil and an increasing amount of its natural gas.

The enhanced volume oil that is expected to flow to India following the lifting of sanctions on Iran will help the country meet its burgeoning fuel needs as it embarks on an ambitious journey to solidify its position as the top economic power in the region along with China. This is particularly significant considering sanctions on the Iranians since 2003 have forced India to increasingly look at Iraq, Kuwait, the UAE and Saudi Arabia for oil imports.

The , which benefitted a lot from falling oil prices (when Modi came to power, the price for crude oil was $108.05 a barrel which declined to $57.19 a barrel on the day of the Iran-US deal), hopes that a possible oil glut following the re-entry of Iranian oil in global oil market—which has already inundated with increased Shale production in the US—will greatly benefit Indian oil refining firms.

Considering China’s role in developing and modernising the port of Gwadar in Pakistan and with Pakistan not a feasible transit option, India sees the potential for Iran to serve as a transit route to Afghanistan and Central Asia. This has enhanced India’s desire to invest in upgrading the Iranian port of Chabahar. While talks over Chabahar have been halted over and over again, the nuclear deal has cleared crucial political and financial obstacles and India expects the port to be operational by the end of 2016. The deal may also lead to fruitful discussions over developing another transit corridor through Iran to Europe and Russia.
Advertisement

The deal will also enhance the relation between India and the US which has been under strain of late as the US has been looking askance at India’s relationship with Iran and especially its oil imports. Indian energy firms like ONGC have also found their financial interests being hampered due to American sanctions as they have made considerable investments in Iran.

However, the deal is also going to hurt India—as India refused to fully take part in the US-led sanctions on Iran, it has emerged a key trading partner of Tehran in the recent past with Indian corporates making a windfall (exports to Iran nearly doubled to $3.3 billion between 2009 and 2013). However, once the sanctions are lifted, Indian businesses will begin to face stiff global competition in doing business in Iran. For instance, India has been a major exporter of automobile components, tools, motors and chemicals to Iran. Now Indian exporters will have to compete with Eastern European manufacturers, who produce low-end products like spanners, hand tools and auto parts. The fall in the value of euro, over the last few years, is expected to further enhance the competitiveness of European manufacturers.
(Image: The Economic Times)

Next StoryArun Jaitley: Government ordered probe into 16 companies
Popular on BI
1
Decades ago, 9 Russian hikers mysteriously fled their tent and froze to death. A new study sheds light on the cold case.
2
Coinbase says the entire crypto market could be destabilized if Bitcoin's anonymous creator is ever revealed or sells their $30 billion stake
3
CEOs like Google's Sundar Pichai and Microsoft's Satya Nadella are among the most overpaid CEOs, according to a new report
Latest Stories
Trending News
Buying Guides
Arun Jaitley: Government ordered probe into 16 companies
Diesel and Petrol taxes made the government richer by a whopping Rs. 75,441 Crores!
Modi’s Swachh Bharat to achieve a milestone this Independence Day
Popular Categories
Trending Right Now
More from our Partners