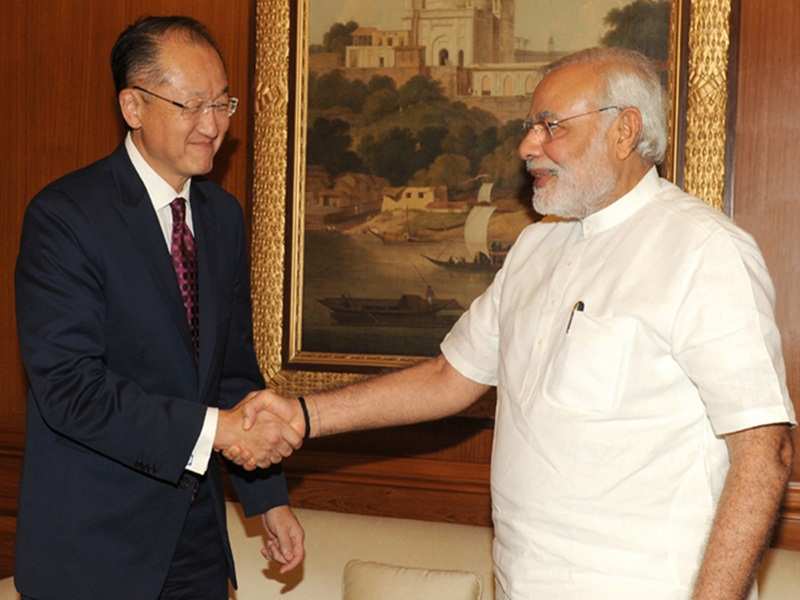 World Bank President , who met on Wednesday in New Delhi, promised to help India in cleaning up the river . They also discussed several other strategic issues.

On his election as the Prime Minister of the country, vowed to clean India’s most revered river by the 150th anniversary of Mahatma Gandhi’s birth, a daunting task that echoes a promise uttered almost three decades earlier by the late Indian leader Rajiv Gandhi.

Jim Yong Kim has said that the World Bank will send its best team to India to work on the project.

Kim also asserted that he understood the clean-up of the Ganga is a priority for the World Bank in many ways. He also added that when he visited Kanpur, he actually saw raw sewage being dumped into the Ganga. The river also holds a lot of spiritual significance in the heart of a large population of the country, he added.

Advertisement
“If Prime Minister Modi wants this to be a top thing to work on together, then that's what we will do. It is hard. We happen to have one of the the best water specialist in the world. We will bring our A+ team here and will do everything we can to help,” said Kim.

The Ganga spreads in an area of 2,500 kilometres across northern India from the to the through a basin that is home to an estimated third of India's population - 400 million people.
(Image: Press Information Bureau)
NewsletterSIMPLY PUT - where we join the dots to inform and inspire you. Sign up for a weekly brief collating many news items into one untangled thought delivered straight to your mailbox.
CAPTCHA: