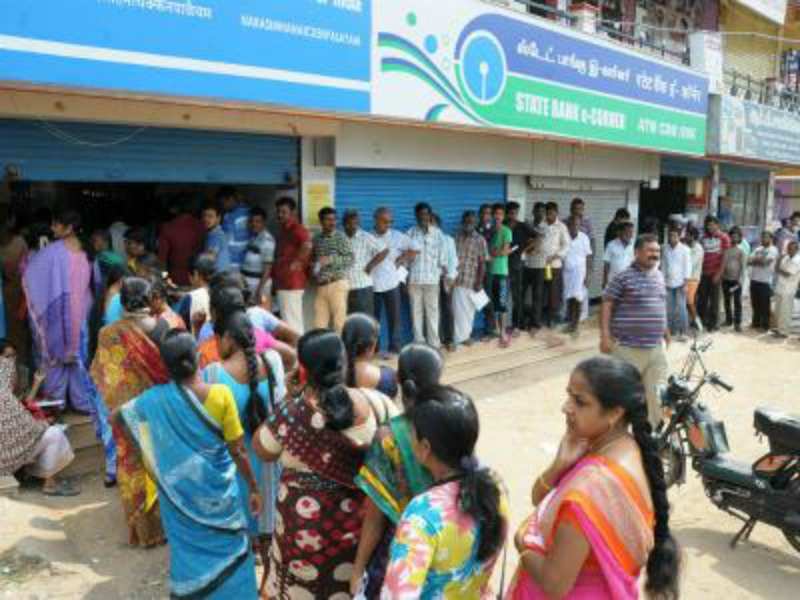 Wait! If you thought you would exchange any amount of money with old Rs 500 and Rs 1000 denominations from bank, that’s not at all true. As per the Frequently Asked Questions (FAQs) on the RBI website, you can exchange maximum upto Rs 4000 per user. And it’s not Rs 4000 per day, as believed by many.

In the "Withdrawal of Legal Tender Character of existing Rs 500 and Rs 1000 Bank Notes", the RBI website explains the old de-monetised notes can be exchanged at any or any branch of public sector banks, private sector banks, foreign banks, Regional Rural Banks, Urban Cooperative Banks and State Cooperative Banks for a period up to and including the 30th December, 2016. However there are a few conditions applied.

The limit of Rs 4000 per person is at one time exchange allowed till this decision is reviewed 15 days from November 8 i.e. on November 22nd. Further, RBI has not issued any clarification to the contrary so far.
Advertisement

However, quite obviously this rule is being currently circumvented by people visiting branches of different banks with the same ID proof or with different ID proofs. It appears unlikely that given the short time at their disposal and the current pressure of work bank officials would be able to cross check with branches of other banks.

However, it is to be noted that when a person is withdrawing from the ATM he/she is drawing from his/her own bank account and NOT exchanging notes. Quite obviously, RBI has restricted the exchange of notes to Rs 4000 per person till further review.
Advertisement
Since all the instructions regarding withdrawal from ATM and savings account have been specified for per day, it has been inadvertently assumed that exchange of old notes worth Rs 4,000 limit is also per day.

Next StorySTOCKS RISE: Here's what you need to know
Advertisement
Popular on BI
1
Make coronavirus vaccines patent-free, former world leaders urge Biden
2
Coinbase tumbles 19% in trading debut as valuation hovers around $100 billion
3
The Ever Given's insurer calls the Suez Canal Authority's demand for nearly $1 billion bogus
Latest Stories
Trending News
Buying Guides
Advertisement
Advertisement
STOCKS RISE: Here's what you need to know
Wall Street is getting ahead of itself on the biggest bet it's placing on Trump
BUFFETT ON TRUMP: 'You've got to be behind the president'
Popular Categories
Trending Right Now
More from our Partners