EXCLUSIVE: Inside Paytm, the first 24 hours after demonetization 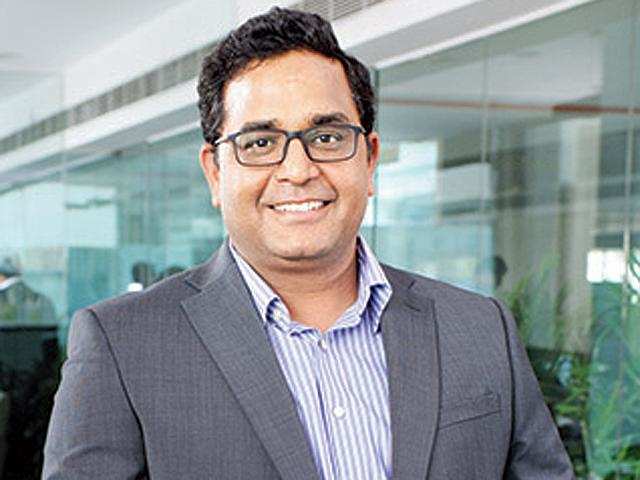 On the fateful night of November 8, when PM was delivering perhaps his most crucial address to the nation, after taking over the reins of the country, the man who would strike jackpot because of this decision was at a awards ceremony getting felicitated for the brilliant work his company had been doing over the last three years.

So, even as Modi demonetized 86% of India's currency, Paytm founder was in Mumbai blissfully unaware of the disruptive change his country and his business would be going through beginning that very moment.


Advertisement
'I was sitting in between Harsh and when my phone started ringing incessantly. For the first few minutes, I tried to ignore it because of where I was but then as the phone refused to stop ringing, it was with first concern that I checked my phone for missed calls and messages. It was then that I got the first bit of information about the cash ban and my first reaction was &quot;Oh wow, what needs to be done now.&quot; Says Vijay Shekhar Sharma

It was around 830 PM when the news created a buzz around the attending India inc. leaders. Even as, at the ceremony a podium discussion on the benefits of corporate governance was being moderated for former chief M. Damodaran. Even as the buzz around the room grew louder, it was at this point that stood up and asked a question, &quot;What will be the impact of demonetization that our PM has just announced on corporate governance?&quot;

Even as business leaders gathered at the ceremony, began discussing the wider implications of such a stand, founder's mind was occupied with two things-

Advertisement
2) Get in touch with his team in Delhi

As he jostled out the media's way, gathered at the ceremony, safely venturing into the iconic Leopold cafe in Mumbai, to have a family dinner, it is there that he made his first call to his marketing chief, , says Sharma, &lsquo;I asked if they had started working on an ad that could be taken out next morning to which I gained a reassuring reply that the plan was already underway and I soon started draft samples that were being planned. My first instinct told me that we need to credit the man the brave man that has taken this call.' 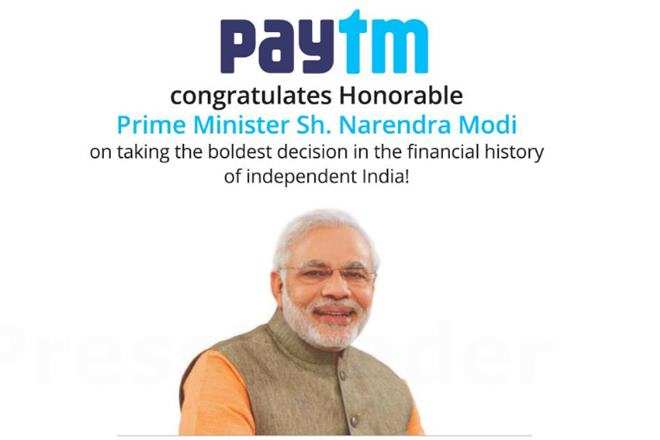 Sharma's problems were not to end here. Even as the country went through the most crucial economic change since liberalization in 1991, Sharma had to catch a flight to in the next 24 hours. 'I felt like a fish out of the water but I'm glad that I had a team that had already swung into action. At Paytm we believe that speed is our biggest bet and that's exactly what our actions represented.'

Advertisement
Back at the Paytm&rsquo;s headquarters in Noida, Sudhanshu Gupta, VP- Business, Paytm relayed the atmosphere at the office. 'We got into a meeting at 9 AM which went on till 4 30 PM. Sure, after the launch Paytm&rsquo;s payments bank, work at our end will increase but we are willing to put in the hours for the results.'

Paytm&rsquo;s payments bank was expected to launch by this year but the pending approval from RBI means delay but Sharma is optimistic,&rsquo; It shouldn&rsquo;t take more than four to six weeks after the license is issued by Central bank. So let&rsquo;s say if I were to get the approval by end of this month, the Payments bank will launch by January 2017.&rsquo;

When asked about his opinion on Airtel&rsquo;s payments bank, Sharma said,&rsquo; We never talk about our competitors because what we are doing is never related to what they&rsquo;re up to.&rsquo;

That differentiation reflected today when Paytm launched POS on its platform for offline merchants, something that hasn&rsquo;t been done in the country before.

Watch our conversation with the Money Maverick on our Facebook page.