It takes two to tango and three to jive, so who’s the third wheel in Patanjali’s success? 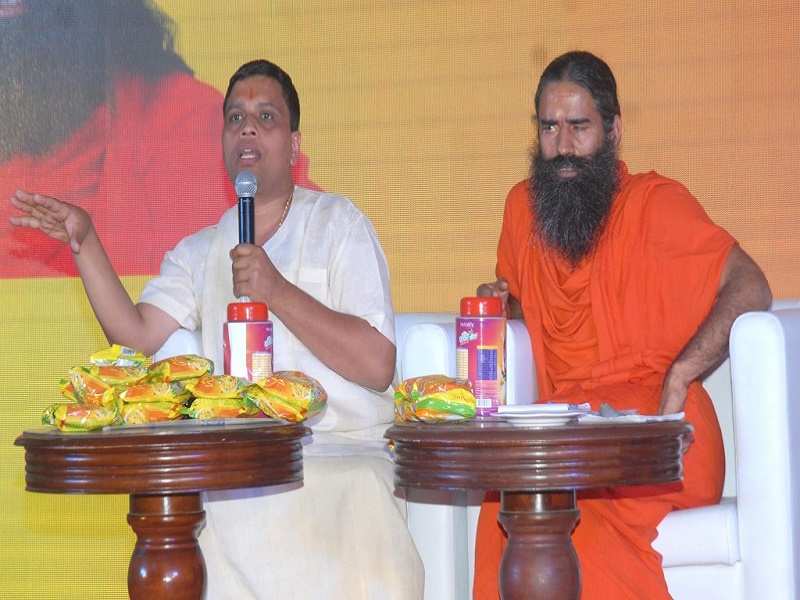 Advertisement
Did you know that yoga guru Baba Ramdev, who owns the fastest-growing Indian FMCG company , and , its MD, aren’t the only ones to be credited for its roaring success?

Turns out, Ramdev has a younger brother Ram Bharat, who although keeps a low profile, but is the one who leads Patanjali Ayurved as the informal CEO.

Ramdev, being a kind of celebrity that he is, serves as the face of the company, and Acharya Balkrishna, the firm’s MD, manages the bigger departments of product development and innovation. However, it is Bharat, aged 38, who handles the day-to-day operations, and departments including finance, HR, production and supply chain, while reporting to Balkrishna and Ramdev.

"Bharat handles the daily operations and manages most of the running around, and is actually the backend of the company while Baba and Acharya strategise on the company's growth vision," Edelweiss Securities associate director Abneesh Roy told ET. Roy had visited the headquarters of Patanjali nearly four months ago.
Advertisement

However, Bharat believes in coming across as a modest man, not willing to be called the boss. "It's a team work and I am a mere sevak," he was quoted saying. This modesty goes on to the level of him saying no to being photographed, willing to stay as far away from the limelight as possible.

Everything about Ram Bharat, however, hasn’t been away from the public eyes. He has earlier made news when in May last year he was sent to judicial custody for instigating a clash between Haridwar truck union members and guards of Ramdev's Patanjali Food and Herbal Park. The clash had resulted in one person being killed and four others being injured.

However, this didn’t divert his focus from his professional commitment as Patanjali, which has emerged as the fastest growing FMCG maker in the country, having achieved the coveted Rs 5000-crore target recently.