Capgemini has five lessons to give India Inc on gender inclusivity

It’s been a year since the draconian law of Section 377 was abolished, yet, the society is far away from providing its LGBTQIA+ citizens with.

Previously, companies would reject the job application of LGBTQIA+ people because of Section 377. Even without legality holding them back, few companies are taking the step to hire them.

French multinational Capgemini is an exception. The technology major employs 200,000 people across 40 countries, half of whom are in India. Advertisement
"OUTfront programme has four pillars of delivery: Adoption; Adaption; Absorption; Evangelising. Here are some of the steps we have taken towards strengthening our gender agenda and enhancing LGBT+ people experience at Capgemini offices in India : providing medical insurance coverage for employees in same-sex relationships, month-long paid leave for sex reassignment surgeries, building, all gender washrooms, zero discrimination policy and rolling out a mandatory online learning module for all employee,"said Gayathri Ramamurthy, Diversity & Inclusion Head – India, Capgemini.

Building all-gender washrooms
Capgemini added gender-neutral washrooms that would solve the restroom issue for its trans workforce in India.

"We cover gender affirmation surgery in our medical insurance for trans people. So far, one employee at Capgemini has taken the medical insurance and the one-month leave " Advertisement
A platform to discuss LGBT topics
Top management plays a very active role in making a place inclusive for all. Capgemini began giving a platform to their employees and senior leaders to talk about LGBT topics through the podcast and internal chat platform called . 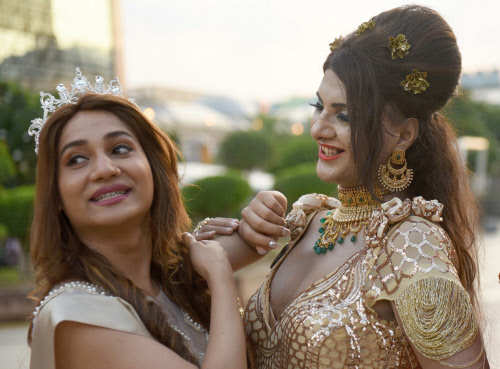