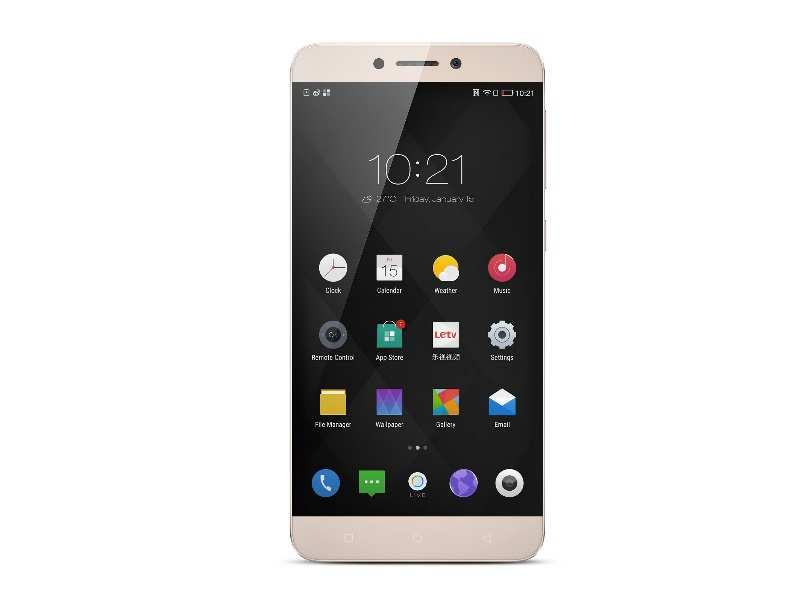 's flagship killer device- the Le1s has truly disrupted the Indian smartphone market and set the market trend for many to follow. The Le 1s has become an industry favourite in a short span of time, evident from the records the Superphone has broken since its launch in mid-January. With a disruptive price of just INR 10,999, the Superphone is powered by features which are no less than a high-end smartphone.

Stunning design, best-in-class technology, compelling features, first of its kind content integration – all of this makes Le1s a leader in its segment hands down.

The flagship killer Le 1s offers features that only high-end smartphones had offered users till now at a price that is sustainable- making the Superphone truly a value device.
Advertisement
Ultimate screen protection - Gorilla Glass 3 is a feature that is common among flagship smartphones, however, it is LeEco that has introduced this feature in its budget smartphone Le 1s--. Apart from unique high-end features like metal uni-body, USB Type-C Connector and bezel-less screen, Le 1s also offers its users superior screen protection.

Smooth multitasking - Furthermore, Le 1s is powered with an advanced hardware chipset processor - the Mediatek Helio X10 with internal storage of 32GB. The Le1s is a budget powerhouse and heavy gamers are sure to inhabit the Le1s for a stunningly smooth gaming experience. The phone is also bundled with 3GB of RAM offering great multitasking capabilities.
Advertisement
Buyers of the Le Superphones can expect a content ecosystem to be uploaded into its android-based EUI system in the 2nd quarter of this year since the company has already signed contracts with Eros and Yupp TV. The company has inked a deal Eros Now for Video-on-demand (VOD) and with YuppTV for TV content streaming.

The company's after-sales policies are also best-in-class with 555 service centers in prime locations in the country, besides providing 24*7 toll free services, and other value-added services.

About LeEco: LeEco, formerly known as , is a global pioneering internet and technology company with multiple internet ecosystems across content, devices, applications and platforms. Founded in November 2004 by Jia Yueting and Liu Hong, LeEco employs more than 10,000 people and is the world’s first video company to go public with a market capitalization of more than $12 billion USD. Headquartered in Beijing, China, it has regional headquarters in Hong Kong, Los Angeles and Silicon Valley.

Advertisement
With disruptive innovation as the guiding principle, LeEco is engaged in myriad businesses, spanning Internet TV, video production and distribution, smart gadgets and large-screen applications to e-commerce, eco-agriculture and connected super-electric cars. The company also has one of the world's largest content libraries which includes movies, TV dramas, entertainment shows, sports and music, which can be viewed on LeEco devices like Superphones and Super TVs. Breaking the barriers of industries, LeEco provides personalized products and services for an enhanced user experience at disruptive prices.