Nepal Earthquake: Indian drones to help Nepal get a lowdown on the scale of destruction 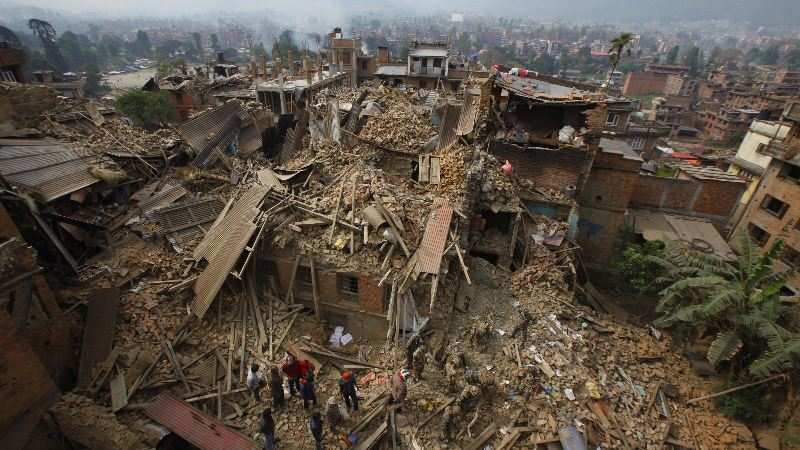 With communication lines down and the sheer scale of the disaster in making things unmanageable, India is sending UAVs or unmanned aerial vehicles to to map the destruction in the neighbouring country and help rescue efforts.
Advertisement

Sources said the UAVs, under the operational command of (NDRF), will reach Kathmandu on Monday and begin operations immediately as time is running out.

"The sheer scale of disaster is so huge that Nepalese authorities, despite their best efforts, are overwhelmed and their infrastructure is under severe stress. We don't even know exactly where and what building has collapsed. Since communication lines are down, there is little information coming from the public either. UAVs will help us map the destruction in the city and channelize resources accordingly," said an NDRF officer.

NDRF IG Sandeep Rai Rathod confirmed the development and said, "We are at the operational command of Nepalese authorities and doing our best to rescue people wherever we are being deployed. The first 72 hours are crucial as after that, chances of those trapped surviving is minimum. We are thus deploying all resources to save as many lives as possible."
NDRF sources said the UAVs will also help in locating in half-collapsed buildings and use it to look through balconies or windows for any trapped victims. "We are already using eight sniffer dogs to find any signs of life in the debris," said Rai.

To ease the burden on Nepal, NDRF has been supplied 33 vehicles to ferry injured to the hospital by SSB which guards the Indo-Nepal border.
Advertisement

NDRF has extracted eight people alive from quake debris and fished out 33 bodies till now. "We were the first foreign team to reach Nepal. More teams are coming from other countries now and Monday onwards the scale of rescue operations is going to widen further. We hope the figure of those rescued alive from under the debris will go up significantly," said Rai.
NewsletterSIMPLY PUT - where we join the dots to inform and inspire you. Sign up for a weekly brief collating many news items into one untangled thought delivered straight to your mailbox.
CAPTCHA: