SoftBank Group lost $6 billion on Alibaba shares and another $1.4 billion on Uber during the COVID-19 crisis

Advertisement
BI India Bureau
May 18, 2020, 14:39 IST
47 investments were marked down culminating in a valuation loss of $14 billion and realised loss of $200 millionWikimedia
Advertisement
One of the world’s most hallowed investors Masayoshi Son revealed that the SoftBank Group lost $6 billion value on the shares of Alibaba, one of the world’s largest e-commerce company, and another $1.5 billion on account of its shares in the ride-hailing major Uber, in the three months between the end of December 2019 and March 2020.

Even WeWork's valuation also tumbled to $2.9 billion during the coronavirus pandemic, according to the company's earnings report. It's last market valuation was at $7.8 billion before the company pulled it off the market — a far cry from the days when it worth $47 billion.

All this has led to a loss of 6% on the SoftBank Vision Fund-I’s investments (the rate of return including the manager’s performance fees) since its inception. The biggest dent came in the last one year, made worse by the COVID-19 crash.


“But going forward, nobody knows what will happen, especially when it comes to a potential second wave that could be bigger than the first one (coronavirus). We cannot promise that there will not be additional valuation loss,” said Son.
Advertisement
47 investments were marked down culminating in a valuation loss of $14 billion and realised loss of $200 million. On the other hand, 26 of its companies saw a mark up with a valuation gain of $8.5 billion and realised gain of $4.9 billion.

“We will take a very cautious approach in managing our investments. So there is a chance of further downside risk, that is something that we always keep in mind while for safe driving. So that is why SoftBank Group contributes its own money and borrowings,” Son added.

The popularity of SoftBank Vision Fund has gone down so much that Masayoshi Son has decided to invest its own money in the new fund called Vision Fund-II.

“Out of 88 companies, 15 could go bankrupt. That’s my assumption at this moment. 15 could fly away and still become successful. Remaining about 60 unicorns can do so and so,” Son added.

Between December 2019 and March 2020, the three months where the coronavirus pandemic escalated, the total shareholder value of the Softbank group fell by 2% but the cut in value of the Vision Fund’s investments was 17%. “The novel coronavirus has been spreading around the world and causing huge crisis to the humankind,” Son said.
Advertisement

The shares of Softbank closed 1% higher in Tokyo before the earnings were declared. Since March, SoftBank has spent $2.3 billion to buy its own shares, leading to an increase of ¥9 trillion ($8.4 billion) in debt. Going forward, Son plans to raise another $11.7 using Alibaba stock to fund buybacks of its own shares.

The stock gained almost 70% till Friday, May 15, since SoftBank said it plans to sell assets to raise as much as 4.5 trillion yen over the coming year to buy shares and slash debt.

Since its inception, the Softbank Vision Fund has invested in 88 companies. For the financial year 2019-20, the overall valuation loss stands at around $0.8 billion. “Last year $2 trillion EBIT was recorded, this time it’s a big loss,” Son said in his address after the latest earnings.

The SoftBank Group reported a net loss of $8.9 billion for the financial year ended March 2020. At the operating level, before adding interest and taxes, the loss was as high as $13 billion. This is the first time in 15 years Softbank posted a loss because of ‘the deteriorating performance of its tech bets’.
Advertisement
SEE ALSO:
SoftBank Vision Fund 2 fails to raise new funds ⁠— Masayoshi Son says the company will now use its own money for investments 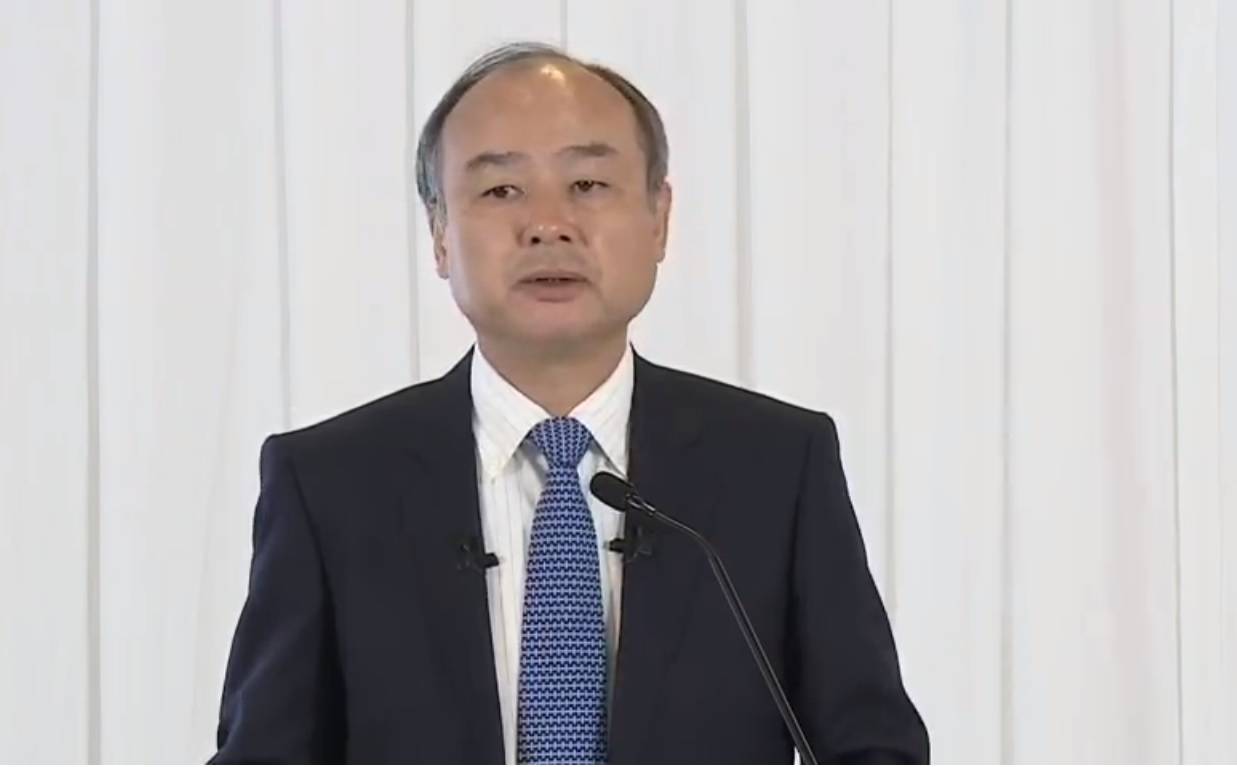