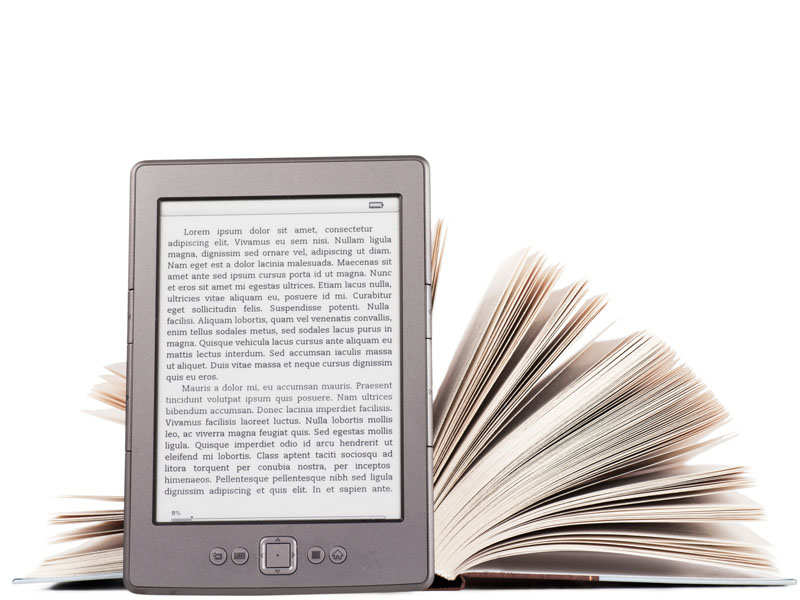 When launched its new-generation Kindle Paperwhite e-book reader with greatly enhanced features such as better display and navigation, and sold them through 250 top tech outlets in India last month, it was a strong indicator that the e-book market in India is growing fast and with every other book being e-published. And why not? In a country where dynamic technologies and smart gadgets like mobiles are prevalent, e-book readers may soon make foray into average households.
Advertisement

According to a survey carried out in October last year, India had around 55.48 crore mobile users and 14.32 crore Internet users, and mobile penetration stood at a whopping 70.96% in the country. In a nutshell, an average Indian is open to experimenting with technology and e-books could be a gadget of choice in the near future.

Some of the publishing houses, which predicted that it would be a decade-long for e-books to become a part of the Indian psyche, are now forced to retract their statements. Things are changing rapidly and top publishing houses, which have a bigger stake in marketing/distribution of books, are relooking at their strategy even as e-books are turning into reality faster than it was anticipated.

“We thought e-books would take about 10 years to become a norm in India, compared to the west. The west opened up to e-readers and simply integrated it into its lifestyle, but we thought India would not change that fast. Even now, digital publishing and e-book readers are not the norm here. But in two years or less, things will surely change,” says an working with HarperCollins India.

Yes. Even the statistics confirm that e-books are yet to become a rage in India. ’ study of e-book trends showed a staggering 9% growth in the western markets, which is projected to grow to 22% by 2017. In India, however, the market is a mere 1%, with projections still unclear. On the flip side, it also means that the e-reader market is quite huge here and its growth potential is still untracked in India.

Advertisement
With big players such as M&B, HarperCollins, Swiftbox, Random House, Penguin, Rupa and others having made India their major destination, the e-books trend is surely catching up and catching up faster.

The reason is simple. Most contemporary Indian authors are now tech-savvy and realise the possibilities of technology-aided reach, which could be better than traditional publishing and distribution. Moreover, in spite of signing formal contracts with publishing houses, many authors have now realised that self-publishing an e-book ensures better reach-out to target audience and of course, bigger royalties.

India is the third biggest market for English books. Also, some of the top downloads across the spectrum are of Indian books. Indian mythology books by , or Chitra Banerjee Divakaruni dominate the e-listings websites. Be it development, , or fiction, Indian authors are moving ahead in every genre with confidence.

The ‘early bird’ syndrome is another emerging trend in the Indian market. The pecking order has changed and the first-time authors, who used to make a beeline for publishing houses, are now opting to self-publish their books on the Internet, thus getting a clear picture of their book sales. Now, it is the turn of conventional publishing houses to woo them back into their fold, with increased royalty or added advantages. But even then, an may opt for self-publishing it on Amazon or any other suitable platform.

Advertisement
Some time ago, first-time author said in a media interview that self-publishing her book was the best decision she had ever made, although she got an offer from a publishing agency. Today, a year after she e-published her book using Amazon’s , it is still being downloaded across the globe. Her story, set in South India and featuring the lives of two sisters, has touched the hearts of those hailing from totally different cultures that have no resemblance to what she has depicted in her novel. Rasana is surprised to find that her readers write to her from places like and say her book has come close to their lives too!

What’s more, she has 70% of the royalty coming her way, as against 5-10% offered by publishing companies. So clearly, a self-publishing revolution is in the offing, making writers richer as well.