Creating Shared Value: The Next Evolutionary Form of capitalism 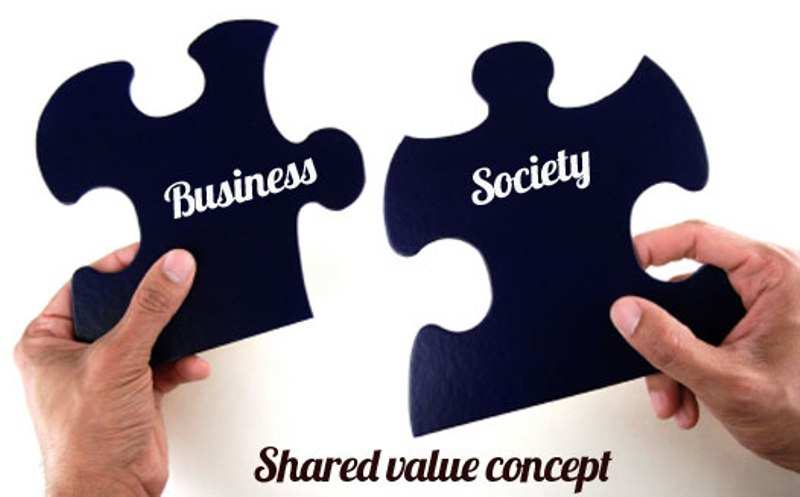 What is the role of in society? The question has had distinct kinds of responses from varied thinkers. At one end of the spectrum are those, who believe that the role of a corporation is simply to make more profits and thereby maximize shareholder value.
Advertisement

However, this view has taken a serious hit in the aftermath of the global financial crisis. It is because, some thinkers have argued that the 'Shareholder Wealth Maximizing' paradigm needs to be replaced with a more robust understanding of the role of corporations in society. It starts with accepting the role of corporations in society as that of being institutions that produce goods and services that people value and this forms the basis of shareholder value maximization.

A new sort of paradigm is thus emerging that focuses on reassessing the role of corporations in society. The paradigm is called 'Creating (CSV).' It focuses on bringing together the distinct fields of strategy and society and link the competitive advantage of a firm to its corporate social responsibility.

Often a question arises as to how creating shared value is different of distinct from Corporate Social Responsibility (CSR). CSR aims at giving back to society while CSV aims at co-creating value for society and business. Similarly, the focus of CSV is not just donating money or doing some activities that are distinct from business practices of the corporation but realigning business activities to create societal and economic value.

The idea is that CSV endeavors to alter the role of corporations in a society. It means understanding that corporations operate within the broader construct of society and that whatever is detrimental to society cannot be the basis of sustainable competitive advantage for the corporation/enterprise. Similarly, whatever is good for the societies is good for corporations. Creation of shared value essentially involves the following three principles:

Advertisement
First, businesses/corporations should essentially try to meet the unmet needs of a society. An example is Internet access to people in India. There is an unmet societal need, i.e., access to information. Businesses had tapped into this need and (basically device manufacturers and internet service providers) have co-created immense value by serving the poor at the same time earning revenues.

The second way of creating shared value is by redefining productivity along the and reducing risks. An example could be that of altering its business products to be more efficient and thereby reducing carbon emissions and environmental footprint. Productivity should be looked at and measured not only in value terms but also in ecological and societal terms.

A third way of creating shared value is by enabling local cluster development. It means corporations can in developing skills through training with their suppliers in clusters. An example could be the strong automotive clusters that were enabled in specific parts of India because of firms helping the ancillary units in their vicinity.

CSV is also related to another emerging area of social business and social entrepreneurship. It's understanding helps businesses/companies alter their business models and focus on models that create not just profit but do well to serve societies' needs and remove businesses' adverse environmental impact. These often include underserved as well as the bottom of pyramid markets where businesses create value and serve societies needs. An example could be Hindustan 's Sustainable Living Program. Under the program, the company has undertaken initiatives like Project Shakti, whereby rural women, as well as the company, have benefitted immensely. In the program, the rural women are empowered by basic training in running a business. They then go to explain the benefits and do the sales and distribution of the products of the corporation. This way HUL earns revenue as well as provides means of livelihood to approximately 70,000 women entrepreneurs.

The idea has gained significant momentum in the past few years since its inception within the corporations and policymakers. Clearly it is good for the people and societies to interact with corporations to co-create value that is sustainable. The next big evolutionary change for corporations in India will be in realigning their business models to societal needs. It not just appeals to common sense, but is also a remarkably sound business strategy. In light of this an initiative has been launched in India called Shared Value Initiative India ( http://www.sharedvalue.in) that aspires to connect the business and community leaders wherein they look at enhancing the economic and social progress of the nation to build a more equitable and sustainable society.

Advertisement
( Dr. is of India Council on Competitiveness, Honorary Chairman of , India and Chair, Shared Value Initiative India) He tweets @kautiliya and can be contacted at amit.kapoor@competitiveness.in . The article is co-authored with Sankalp Sharma who is Senior Researcher at Institute for Competitiveness )