EXCLUSIVE: How DLF gave the country Mall of India, its first destination mall 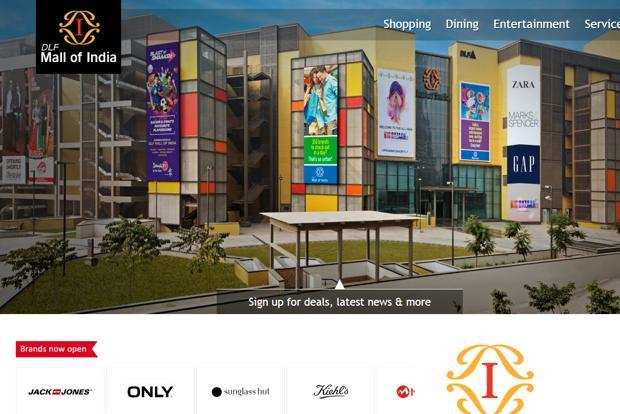 It all started four years back when DLF, the country’s largest real estate developer realised after a survey that a gap existed in the Delhi- NCR market when it came to malls with an international standard.

Having delivered successful retail projects in the city such as Promenade, DLF Emporio and DLF Place Saket, the company had a fair idea of what it was getting into.

But what could make or break a project of this nature was its location.

“Our research showed that the wallet power of the people residing in and around Noida was exceptionally high. Once we knew this, the next step was obviously to zero in on the exact location. We settled with Sector 18 as it is the mouth of Noida and also because we decided to look at the location through drivetime. The location would thus attract people not only from Noida and East Delhi but also from Greater Kailash, Defence Colony and even South Delhi,” said Pushpa Bector, Executive Vice President of DLF.

Advertisement
And, thus began the work for India’s first destination mall and the country’s largest mall, spread over a whopping 2 million sq feet and is 95 percent leased out housing over 330 brands.

When asked what they mean when they call Mall of India, a ‘destination mall,’ Sriram Khattar, CEO DLF Rental Business, is quick to respond, “We didn’t want to create just a mall. With , we wanted to create an experience,” adding that people don’t come to mall just to shop or watch a movie- they come for a holistic experience. And, that is exactly what they intended to give people with Mall of India.

To achieve that, the duo completely transformed the traditional structure of a mall by not only building a mall with six floors, but also having stores beyond the third floor. “The common notion is that retail stores after the 3 rd floor won’t work. Thus, the biggest challenge was to convince people to go to the top and then work their way down.” explains Pushpa Bector. 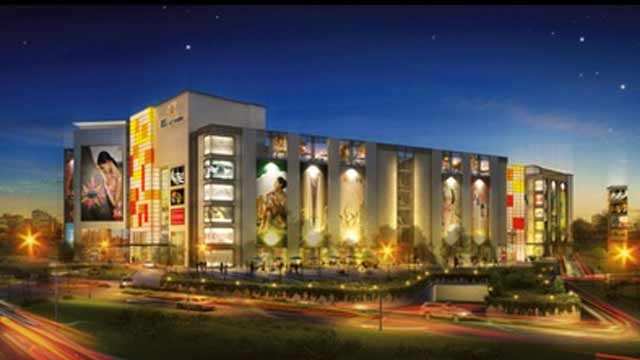 Additionally, they also made use of the concept of ‘zoning,’ a first for any mall and divided the six floors of MOI into five zones in order to make the mall experience a lot more convenient. They also roped in quality international brands, some of whom even have flagship stores at MOI.

Advertisement
Thus, Mall of India which opened its doors last year in December but officially launched yesterday, is divided into five zones- The Lower Ground Floor is christened as the ‘Market Place’ and comprises the hyperlocal markets such as Big Baazar etc.

The Second floor, or the ‘High Street,’ houses all the anchors, while the Ground and First Floor which are called the ‘International Boulevard’ and they comprise the best of International fashion and beauty brands such as ZARA, H&M, Marks and Spencer etc.

The Third floor, which is the ‘Family World’ houses a zone for kids and also has casual dining options that include 20 restaurants offering popular cuisines.

The Fourth and Fifth Floor which is named the ‘Leisure Land’ offer the largest indoor entertainment zone of the country, as a result of DLF understanding the huge need for quality entertainment in the area. From , (modelled after Ski Dubai), to the in-house DT Cinemas and the massive food court, the Mall of India is going to be one fun affair.

And, all the effort seems to have paid off. “Malls this large usually take around 12-18 months to stabilise. We have done the same in under 4-5 months,” claims Khattar.

Advertisement
He further adds that the one-year goal is to get over one million footfall per day. At the moment, the mall sees a footfall of approximately 30,000 per day.

According to Khattar, the Mall of India has also provided employment opportunities to over 6,000 people- whether directly and indirectly and all of the people employed by DLF for Mall of India are focused on making the mall a quality experience where one can spend the whole day.

When asked about whether having three in the vicinity bothered them, Pushpa Bector adds that it’s not the first time they have had competition. “DLF Promenande is right next to Citywalk Saket but that has not impacted our business at all. We’re very confident of Mall of India,” she signs off.

The mall is expected to generate about Rs 250 crore of just rental income for the realty firm annually.