EXCLUSIVE: Raghu Raman, an ex-soldier, UN Peacekeeper and the former CEO of NATGRID talks about combating terrorism in 2015: If you want a guarantee, buy a toaster 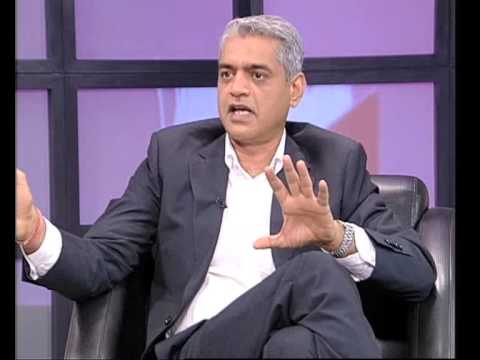 Advertisement
, ex-soldier, UN Peacekeeper and the former CEO of NATGRID and the current group president of Security and Risk, Reliance Industries Limited, is often critiqued for his very vocal thoughts about the Indian society. From blatantly stating the naked truth that terrorist attacks cannot be stopped completely just by blaming and putting pressure on the organisations responsible to protect the country against it to accepting that Indian Security Forces is no God men, he becomes vocal again, in a chat with Business Insider India.

“We need to know the fundamentals of first,” he said.

Raghu Raman will address at the TEDxGateway to be held in Mumbai on December 5. At TEDxGateway, TEDTalks video and live speakers will discuss and debate to spark deep discussion and connection in a small group. Attendees of TEDxGateway will include philanthropists, policymakers, industrialists, CXOs, entrepreneurs, creative heads, students, CEOs, scientists, artists, corporates and bureaucrats from across the nation.

What are the challenges that Indian intelligence faces especially in the current trying conditions, given the emergence of organisations such as ISIS and constant threats coming in from Al Qaeda and LeT?

If there should be a benchmark of how a terrorist attack should be dealt with, 9/11 should be it. The US have defence budget of close to $700 bn. We do not even have a fraction of that budget with population six times that of US. Besides that, our society is struck by far greater internal problems, communal riots, religious differences, goons and rapes. When we are faced with this multitude of challenges it is difficult to follow this benchmark. The scale, type and complexity of the challenges faced by Indian Intelligence and are so widespread that drawing a simile with anything else is foolish. Unless we start facing the reality, we are basically going to kill ourselves. The change we need is in our thinking. If people take AK-47 and shoot their way into Taj, they will enter into Taj. The story of having zero terrorist incidents is over now.
Advertisement

In the strip, for or , suicide bombers have a waiting list of two years for being recruited. In that kind of scenario, hoping to prevent every attack is a cuckoo.

Are you saying it is a lost cause then?

I am not saying it’s a lost cause. I am saying that when there is a proliferation of any phenomenon, collateral damage comes with it.

For example, sometimes safety measures can have their own collateral damage too. After more people died of road accidents as there was a sharp escalation of road travel. This was because people were terrified to fly. The purpose of terrorism is to terrorize. If you choose not to get terrorised, then terrorist attack has no value.

But it is not easy. Human being human will be terrorised if people start killing and kill without logic?
Advertisement

Is enough being done by the Indian Intelligence and the Government to prevent a repeat of in 2015?

It is a wrong question. Just 10 months before 26/11, France faced one of the most brutal terrorist attacks in its history. But that doesn’t mean we are to sack the entire France intelligence.

If you want a guarantee, you buy a toaster. The Indian Intelligence is putting in best efforts. Out of 10 attempts, they will trap maybe nine. One will get through and that one will be a much more subdued version than the ones they have stopped. The government can take steps only up to a certain limit. As a democracy we should have certain checks and balances which would allow dissidents to express their dissent in private. But protecting one’s privacy would limit the access of data by the intelligence. These are prices we pay for being a democracy or for not being a police state.

They are doing more than they can do with the resources that they have. Every lakh rupee you take and put in combating terrorism, you are taking that rupee from healthcare, education, employment etc. A balance has to be made and in that balance terrorist attacks will happen and will kill every 100 people in a year.

The Indian Armed Forces is often accused of being hypocrite, especially as it supports military junta in Myanmar. What is your say on this?

In Myanmar, the Indian Government wants to support Aung-San-Suu-Kyi as her democratic values are like our democratic values. The Indian Armed Forces believes in democracy and yet they are supporting military junta. One fails to see the reason here. If they do not support Myanmar, she will seek help from China. Most of our neighbours have come under the influence of China and we cannot let Myanmar become another China.

Personal opinion is often shaped by very shallow knowledge. What people do not understand is if you have an environment surrounded by hostile entities that is far bigger trouble.

In the wake of the increasing Chinese incursions along our borders, the Indian Armed Forces is blamed. Where has the Indian army failed?
Advertisement

It has not failed. It has areas, resource crunches and moral issues. They are doing their best.

But for the Indian Armed Forces mistakes are permanent. How do they work in such an environment?

No plan survives the first contact with enemy. Your plan is a general line of direction. Hence, plans have to be flexible enough and that is why the Indian Armed Forces need junior leadership who can make decisions and changes to the plans on the fly as per the situation changes.

In such circumstances, sometimes the decisions fail and cost them their lives.

The Indian Armed Forces faces death. From where do you get your courage?
Advertisement

It is a mixture of many things. A sense of belonging to a regiment and rigorous training instil that within the people. There is a sense of nobility that pushes people to go beyond what their limits are.

What made you join the army?

You would find it funny but my story is quite similar to the movie ‘Lakshya’. I was in Delhi and I was in a fairly protected area. The first time world came crashing around us was 1984 riots. It was the first time we were exposed to an extreme kind of violence and mayhem. I had direct exposure and it racked me quite a bit. After three days of mayhem, the army brought order into the area. While I was still in that daze, I found that the army was the only institution that can bring order in complete chaos. I decided this is an organisation I want to join.

It may sound like a corny Bollywood movie but I was actually standing in the crowd as a young boy and waiting for the army to bring some order to the chaos and to relieve the people who are so scared at that point of time. Just the sight of an olive green uniform was making people calm.

Aren’t you scared of death at all?
Advertisement

I think anybody who says that they are not afraid of death is a fool. It’s one thing to say I am not scared of death and it is another thing to see death coming. When you see deaths around you, there is no doubt that you are scared.

Yes, the honest answer is, I am scared. And, I think any soldier is scared. But more than that, soldiers are scared of being handicapped.

What are the things that you want to change within the Indian Armed Forces?

More than the change within the Indian armed forces, I want a change in the fundamental thinking of the citizens. I want the Indian citizens to know more about their Indian Armed Forces.

How accurate is the portrait of Indian Security Forces in Indian cinemas?
Advertisement

I won’t say it is not in good light. It is not in an accurate light. Although ‘Prahaar’ was a good example.

(IMAGE CREDITS: youtube)
NewsletterSIMPLY PUT - where we join the dots to inform and inspire you. Sign up for a weekly brief collating many news items into one untangled thought delivered straight to your mailbox.
CAPTCHA: