EXCLUSIVE: Shashi Tharoor talks about his fears related to demonetization and the Paris Agreement 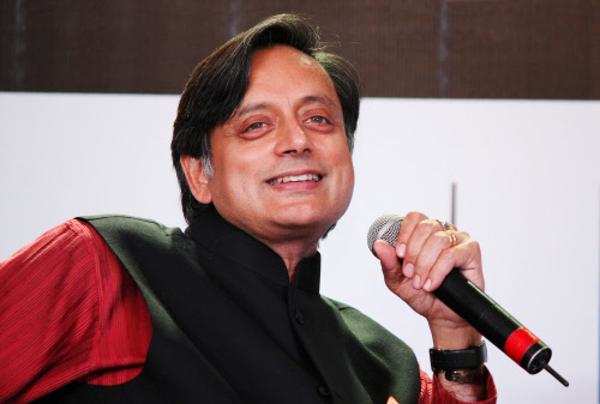 is an outspoken man whose latest book: An Era of Darkness: The British empire in India seeks to debunk what he terms is the 'rose-tinted view' of the Empire.

caught up with the MP and former Minister to discuss the uncomfortable realities that loom our minds right now; from the demonetization move to the possibility of the US pulling out of the Agreement.

Talking to us from the LitFest 2016 in Mumbai, he seemed to appreciate the company of on stage and appreciated the young leadership in the audience.

Q1. There is a lot of literature that has been produced on colonialism. What was the push for your latest book: An Era of Darkness?

Advertisement
Shashi- My speech at Oxford about the British owing India reparations struck a chord with millions and my publisher thought it would be wise to create something that people could go back and refer to instead of just watch. In the recent years, there were quite a lot of books justifying the British empire filled with mythology and self-justifications by authors like and . I decided to take on the challenge to refute the claims made by them that the British Empire had laid foundations of globalization and such.

Q2. From a purely economic standpoint, I’d like to know your views on the demonetization move.

Shashi- It was clearly not fully thought through. The collateral damage for innocent people in the current situation and in the foreseeable future completely outweigh the intended benefits to the economy.
They talk of a surgical strike but a surgical strike is a result of a well thought out operation, where you go after the black marketers and the non-tax payers whereas here as we see, the largest number of victims are actually innocents; ordinary people who are queuing outside banks and ATMs unable to access their hard-earned money.

The Government has failed to account that the common man uses most of the 84% of the currency that has been banned.

They have also failed as there are not enough currency notes and the ATMs are not recalibrated. They couldn’t have even printed notes of the same size!
Advertisement

I don’t understand why they couldn’t have extended the deadline to the end of the year, where you could’ve anyway tracked the amount someone is depositing in their bank account. The money underground has been driven further underground in irregular schemes and the regular money supply is choked.


have been halted, SMEs are suffering and tourism is affected. These irregularities were easily avoidable and even if the government might be right in the long term, they are certainly wrong in the short term.

Q3. After the US Elections, people fear that the can pull out of the Paris Agreement. What will be the impact of that?

Shashi- Mr. says that he doesn’t believe in climate change, and unless he suddenly does a turnaround on his policies, US will not ratify the agreement. Since the US ratification was a major source of pressure for a lot of countries like India, China, and others to ratify, the future seems unpromising. If the US is led by a climate change denier then, it seems to me that the Paris agreement is as good as dead in the water. Let’s see, Mr. has said that he can make Mr. Trump change his mind and if that happens, it will be amazing.