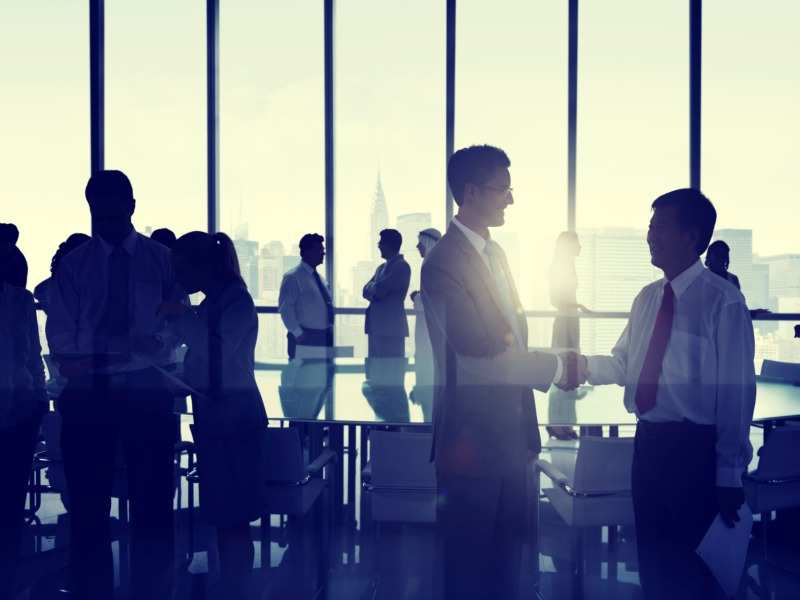 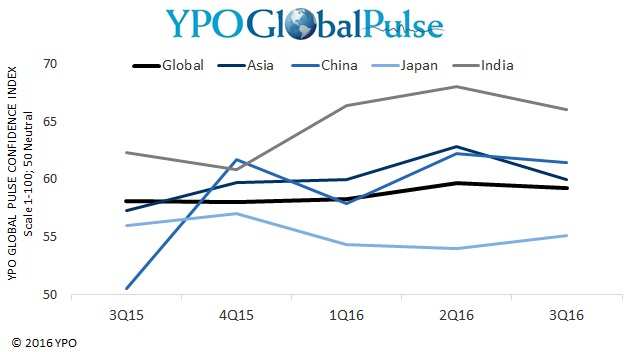 The economic confidence amongst business leaders in Asia fell during the third quarter of the year.
Advertisement

Having reported the highest levels of confidence of any region in the world in the second quarter of the year, Asia fell behind the United States and the European Union in the third quarter but remained marginally ahead of the global average, which landed at 59.2.

The decline in sentiment was mainly felt within Asia&rsquo;s emerging economies. Confidence amongst YPO chief executives within the slumped to its lowest level in the seven-year history of the study, with Indonesia, Malaysia, Singapore and Vietnam all experiencing marked declines in optimism. 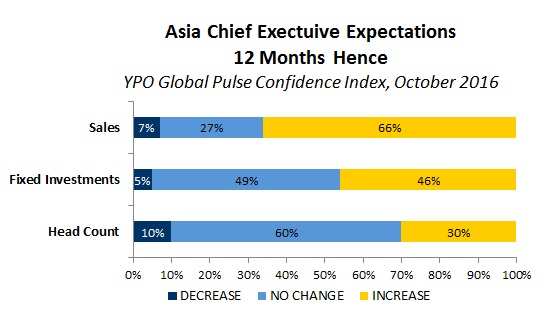 Elsewhere, confidence remained steady in the region&rsquo;s largest economies. China reported a slight decline, slipping just 0.8 point to 61.4, its lowest level for a year but still in firmly optimistic territory. India dropped 2.0 points to 66.0 but maintained its position as the most confident country in the region and within the world&rsquo;s top ten economies. Japan saw confidence improve 1.1 point to 55.1, although at this level, it still remains below the regional score of 60.0.

Advertisement
&ldquo;There are significant differences in economic outlook across Asia. Within the emerging economies, there are concerns about the increased valuation of the U.S. dollar and ongoing worries about the short-term economic performance of China and India. On the other hand, the outlook amongst business leaders within these leading economies remains strong, which has to be viewed as an encouraging sign,&rdquo; said Azran Osman-Rani, CEO of iflix Malaysia and chair of the YPO Malaysia Chapter. As business leaders in Asia finalise their plans for 2017, they will be monitoring key economic indicators closely.&rdquo;

Most notably, the YPO Employment Index for Asia fell 2.7 points to 55.5, its lowest level for four years, suggesting that unemployment will continue to be a challenge for many economies in the region.

Less than a third (30%) of chief executives expected to increase headcount in the next year. This was significantly down on the previous quarter, when 38% forecasted increased employment. In the latest survey, 10% predicted a reduction in staff numbers, compared with 7% in the previous study.

Similarly, when looking ahead 12 months in regards to sales, 66% of business leaders expected to increase revenue, down from 72% in the second quarter.

For the third quarter, the YPO Global Pulse Index for India fell 2.0 points, from 68.0 to 66.0, which is still within firmly optimistic territory. The modest decline comes follows opposition to the government&rsquo;s reform agenda, but business leaders in India remain extremely positive about the economic climate and the growth prospects for their own organisations.

Advertisement
YPO Global Pulse Confidence Index is a quarterly electronic survey, conducted in the first two weeks of October 2016, gathered answers from 1,625 YPO chief executive officers across the globe, including 180 in Asia and 69 in Australasia.
NewsletterSIMPLY PUT - where we join the dots to inform and inspire you. Sign up for a weekly brief collating many news items into one untangled thought delivered straight to your mailbox.
CAPTCHA: