Everything you need to know about the JNU unrest 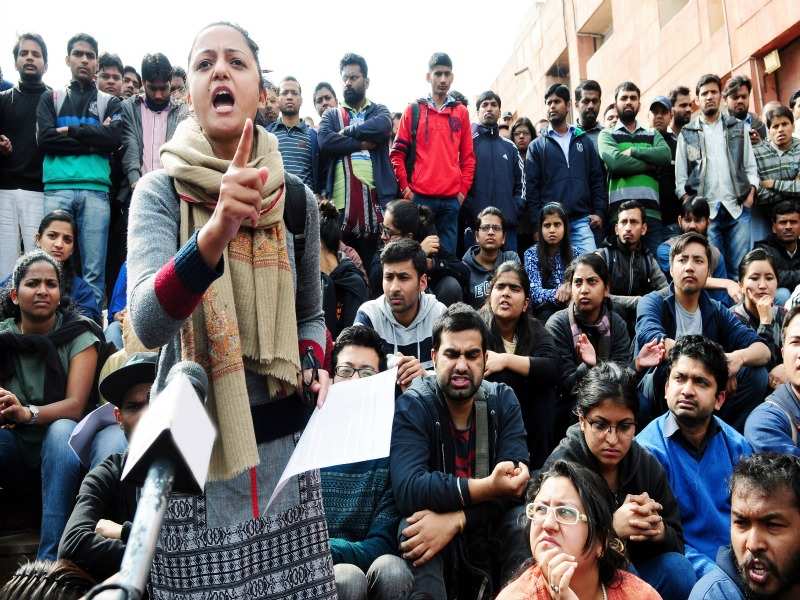 The protests and counter protests at the Jawaharlal Nehru University are refusing to die out. What started as an event to mark the death anniversary of 2001 Parliament attack convict Afzal Guru, by alleged students of the University, at the campus has snowballed into a gigantic political controversy, resulting in detentions under sedition charges, assault on journalists amongst other things etc.

Here is the timeline of what happened at the JNU campus:

- Alleged students of the JNU had organised an event to protest against judicial hanging of Afzal Guru in 2013 and also to express solidarity with Kashmiri migrants.

Advertisement
- Posters were put up at the Sabarmati dhaba of JNU campus about the same. Also, a programme-‘A country without a post office — against the judicial killing of Afzal Guru and Maqbool Bhatt’-was supposed to take off.

- This didn’t go down well with ABVP members, who protested against the event, demanding expulsion of the organisers.

- A disciplinary enquiry was taken up by the university administration. The administration claimed the organisers went ahead with the event without permission.

- Now, ABVP members and JNU students are at loggerheads. In the face-off, JNU students say they did not shout any anti-national slogans.

- On February 14, the Patiala House saw violence as a mob, wearing lawyer’s robe, slapped and kicked supporters of Kanhaiya Kumar. Journalists and students bore the brunt of the violence.

Advertisement
- Over 400 journalists had taken out a procession after mediapersons were attacked by lawyers at the . The Supreme Court had slammed unruly behaviour of the lawyers and ordered that both the clients and media persons should be given security in the premises of the courts. 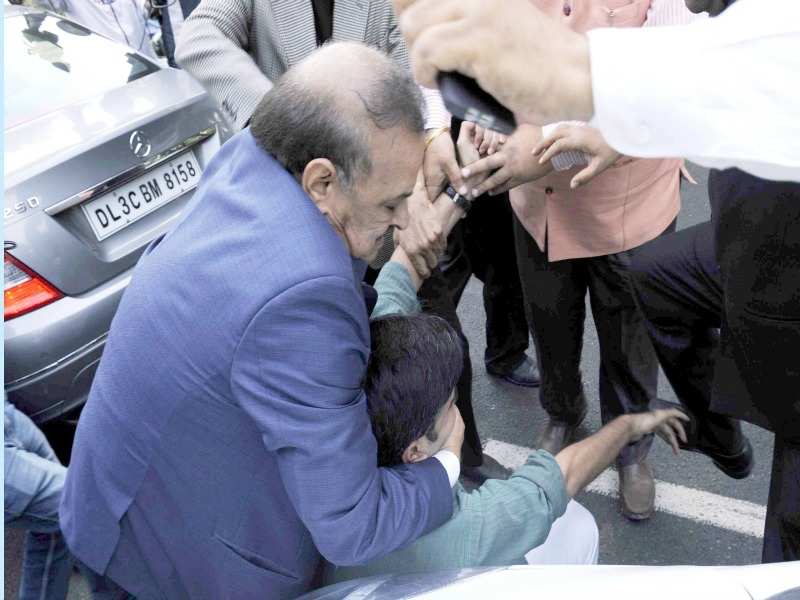 - On February 17 also, violence was witnessed outside Patiala House Court when two groups of lawyers clashed with each other. Pro-India slogans were raised by lawyers who called themselves 'deshbhakts' and referred to those stopping them as 'deshdrohi'.

Advertisement
- The group of lawyers that attacked journalists said that they cannot be termed 'goons'. Lawyers were heard chanting ‘Vande Mataram’. The Supreme Court was also informed that Kanhaiya Kumar was attacked in the court premises.

- Some reports of stone-pelting at the Patiala House court also surfaced.

- SC restricted the number reporters to five and two supporters of arrested students for the hearing.

Advertisement
- Kanhaiya Kumar has been sent to judicial custody till March 02. Before his hearing, journalists were yet again attacked in the scuffle between two lawyer groups.

- Doctor has been called to provide medical aid to Kanhaiya.

- Kumar has maintained that he did not shout any anti-national slogans and few outsiders were involved in raising anti-India slogans.