Far from the madding crowd is the trend of start ups. This one works from Manali 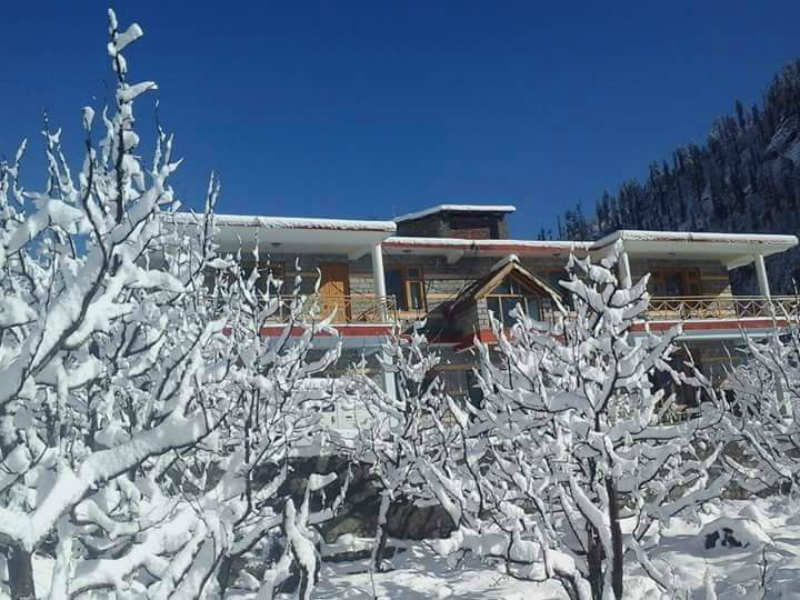 Advertisement
Yeah, this one's an office

India is a land of ideas. And if you are keen follower of Indian businesses, you now know at least hundreds of start ups who are doing fantastic work. Have you come across YourQuote? If not, let&rsquo;s brief you.

YourQuote is an Instagram-like platform for writers. It's a mobile-first microblogging platform that lets users post their short writings (such as poems, shorts stories and one-liners) on beautiful wallpapers & garner followers with their creativity. We turn writers into artists, by making them utilize their artistic sensibilities to decorate their literary creativity. We are live on all three platforms&mdash;web, android and .
And what&rsquo;s more amusing is their office. You must have heard a lot of quirky offices here and there. But imagine a hill top, freshly brewed coffee and a notepad. Well, that may sound a dream for most of the city dwellers. But not for Snehanshu and who work from Manali and kick-started YourQuote.

caught up with the founder duos and here&rsquo;s an excerpt.

Advertisement
How did you come up with the concept?
We are two cofounders, Singh & Harsh Snehanshu, IIT Delhi graduates of 2011. While Ashish is the tech-whiz, Harsh is a writer (having published books & freelanced for all major magazines) and a marketeer. As a writer, Harsh felt there was no way to inspire the layman to get into the fulfilling habit of writing every day. Since people spend most of their time on phone, blogs being clunky web-products have become dormant over the years without any substitute.

For mobile, one needs to take care of both brevity and beauty, and that's the sweet spot YourQuote cracks, being mobile-first microblogging.

Why did you choose not to work from metros?
The primary reason for moving was to save cost. Ashish lives in Ghaziabad and I live in Malviya Nagar, almost 40 kilometers away which not only wastes time but also money. Besides, we had gotten a bit disillusioned with the traditional Indian investors who don't really understand the social networking domain. Being bootstrapped, we found a good deal in a village called in Solang Valley, Manali thanks to off season and moved there for two months. 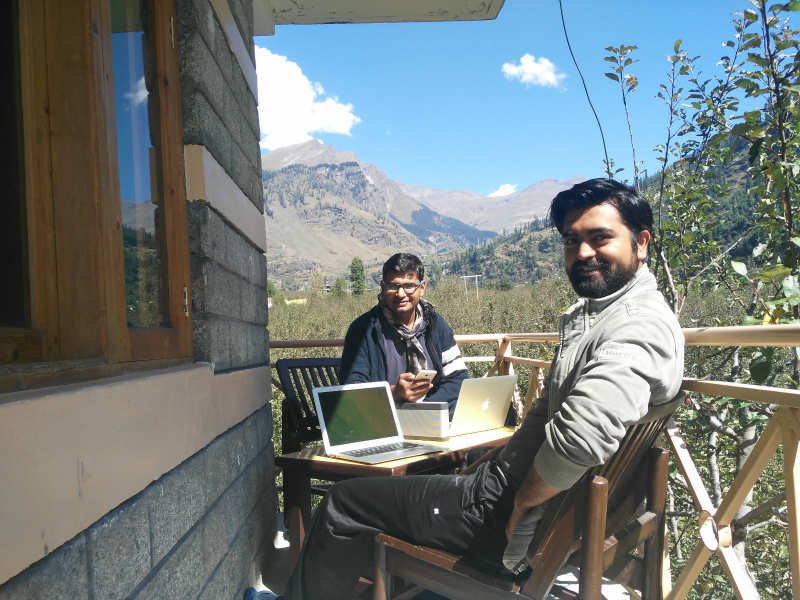 How did this hill station get finalized?
In 2012, I visited Manali and lived in the same guesthouse, befriending the owner there and later on . In September last year, we were disenchanted and clueless and we decided to move. I called the guesthouse owner and he gave me an irresistible deal &mdash; a double bed room with food and wifi for 15k per month. It was cheaper than any other option that we had and we drove all the way.

Was the team excited about it?
Indeed. It's rare to get a chance to do something like this, so we jumped at the opportunity. Also, there is a saying: &quot;For the first few months, technology, design and product should sleep together.&quot; That's what we did.

Does this working away from metro hurt your office by any way?
The only demerit is that the investors are far, but given our domain, most Indian investors don't get it. So it was okay. We are self-reliant as a team, so it sort of worked well for us because we didn't need to hire new folks. We did invite a couple of professionals to intern with us for two weeks. One helped chalk out our media and PR strategy, the other built our search engine optimized website.
Advertisement

Do you need to come back to Del for meetings?
became too cold in the winter, so yes, we are back for now. The plan is to go down south (Goa & ) from Jan to March.

How are the basic necessities of start up at this place?
Food, electricity, water, internet- these four things. Surprisingly, Himachal has 24x7 power supply and the 3G connectivity was fabulous. So it's a great time to be on the move.

Are you saving more than metro offices?
Certainly. Our stay of 2 months along with our interns costed us less than Rs 50,000. It is a fraction of the cost a city like Delhi would have incurred us.

Advertisement
Brief us about Yourquote's funding?
We are talking to some investors in the US, being thoroughly disillusioned with Indian angel investors. Besides, we are also raising sponsorship for our incoming travel plans, so corporate sponsorship will last us another six to eight months easily. The ideal route for us is getting incubated in an accelerator in the US and that's where we are gearing towards, hacking our way through the risk-averse Indian start-up ecosystem.

YQ's revenue model
We run branding and marketing contests for brands, where we crowdsource content such as punchlines, social media shareable materials for them.

Expansion plan
We are growing really fast and organically. Our focus right now is India and that's where we will be growing for next six months.
NewsletterSIMPLY PUT - where we join the dots to inform and inspire you. Sign up for a weekly brief collating many news items into one untangled thought delivered straight to your mailbox.
CAPTCHA: